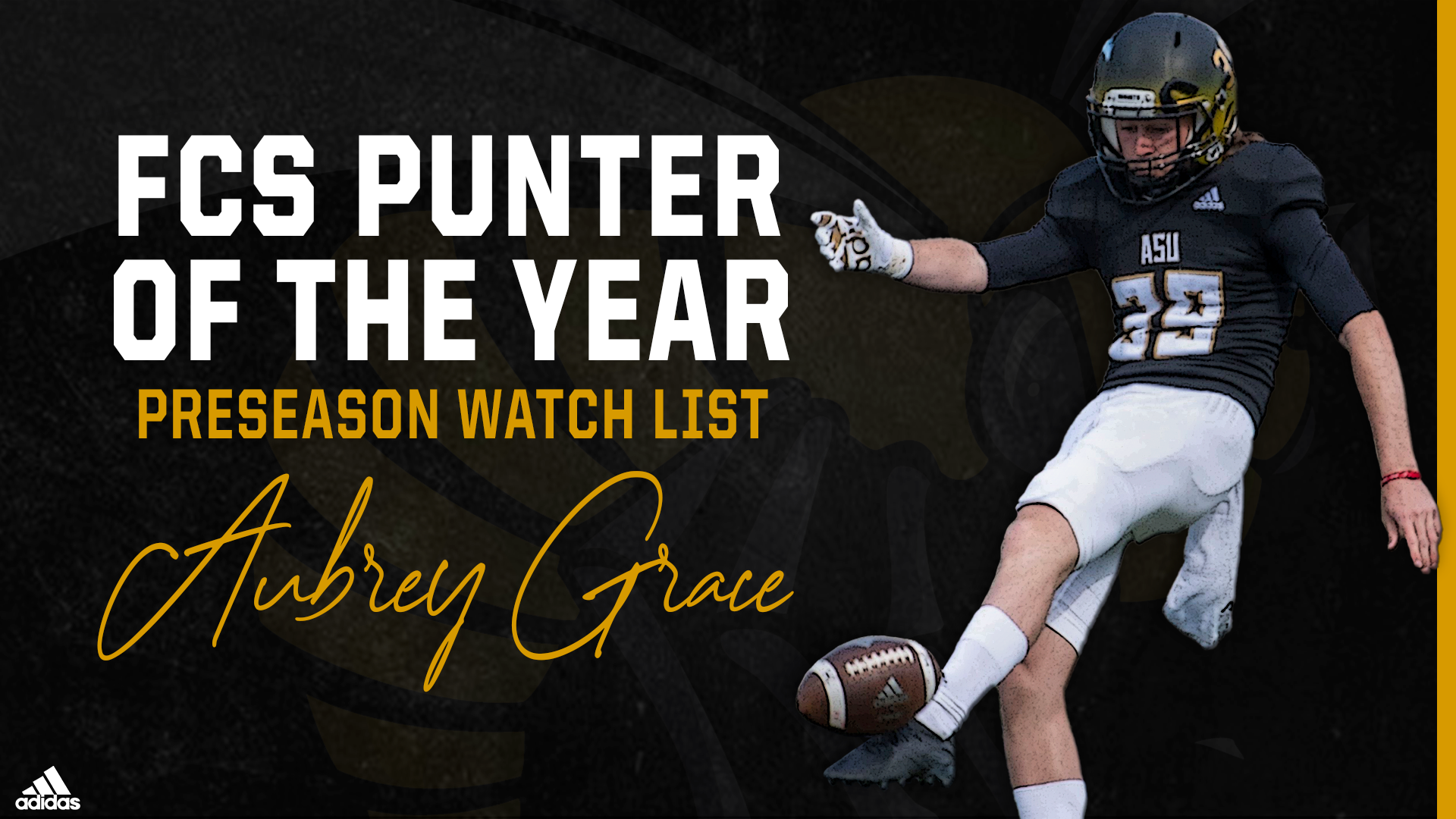 Alabama State punter Aubrey Grace has earned a spot on the FCS Punter of The Year Watchllist after an impressive spring campaign.

The award honors the nation’s top collegiate punter in the FCS, and Grace becomes the second Hornet to be named to the Watch List – joining Anthony Craven in 2019. The 20 candidates on the list incorporate a broad spectrum of Football Championship Series (FCS) punters. The 2021 watch list was compiled based on the 2020 FCS Punter of the Year watch list, the 2020 All-Conference teams, the 2020 All-American Teams, and the 2021 preseason All-Conference teams.

Aubrey Grace, a First All-SWAC preseason selection and a Spring 2021 BOXTOROW All-American, finished the year with 28 punts for 1,150 total yards. He averaged 41.7 yards per punt and booted a long of 57. He forced three fair catches and had seven land inside the 20, while he finished the year with nine punts of 50 yards or more. The freshman finished second in the conference in punting average and first in punts of 50 yards or more, and he finished 20th in the nation in punting.

The Hornets open the season on September 4 against Miles inside ASU Stadium with kick set for 5 pm.

TICKET INFORMATION
Tickets still remain for the 2021 football season inside ASU Stadium, both single-game and season tickets are available by calling (334) 229-4551 or by visiting the Ticket Office located in the West End Zone. Tickets are also still available for the September 11 contest at Auburn, and the Magic City Classic in Birmingham on October 30. Alabama State will host five homes in Montgomery including Miles (September 4), Bethune-Cookman (September 25), UAPB (October 9), Texas Southern (November 20), and Tuskegee (November 25) in the Turkey Day Classic.

ABOUT THE FCS PUNTER OF THE YEAR WATCH LIST
The Augusta Sports Council, also home to the Ray Guy Award (awarded to the best collegiate punter in the FBS), created the FCS Punter of the Year Award in 2019 to honor the best collegiate punter playing in the FCS. Among the statistics used to identify the winner is net punting average, number of times a punt is downed or kicked out of bounds inside the opponent’s 20-yard line, total yardage punted, average returned yardage and percentage of punts not returned with particular emphasis placed on net punting average. The winner must display team leadership, self-discipline, and have a positive impact on the team’s success.

ABOUT THE AUGUSTA SPORTS COUNCIL
The Augusta Sports Council (ASC) enriches the quality of life and economic well-being for the Augusta metropolitan area by supporting and attracting sporting activities. To learn more, visit www.augustasportscouncil.org.