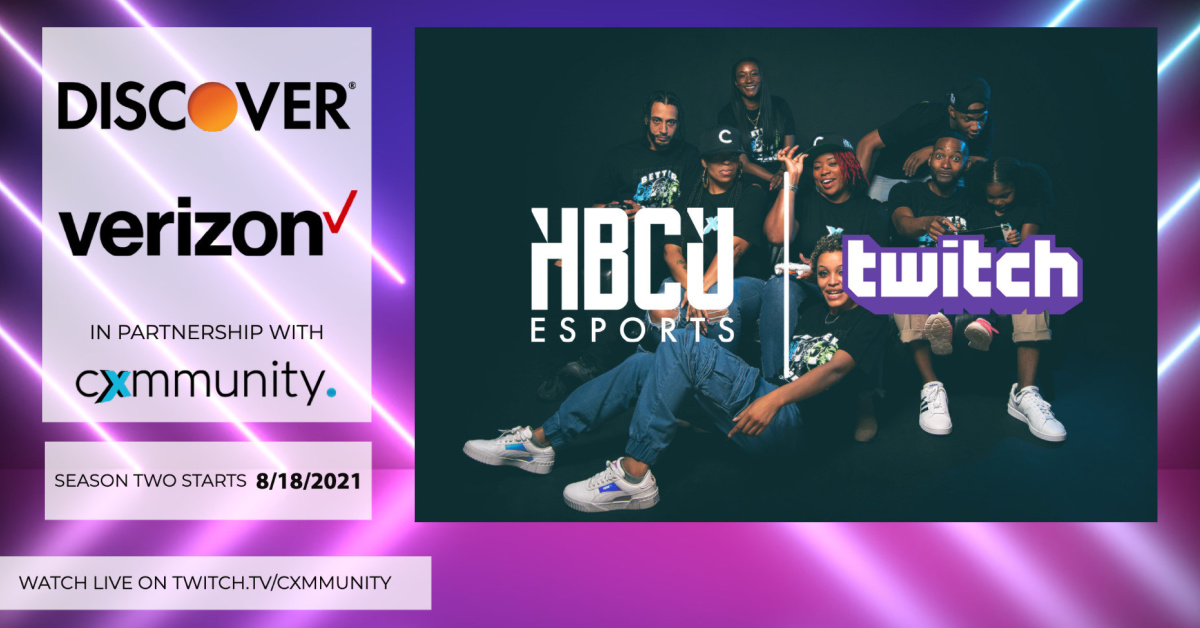 Cxmmunity and Twitch unveiled their plans for the second season of its HBCU Esports League. 25 HBCU schools are set to participate.

ATLANTA (Aug. 11, 2021) – Cxmmunity, a nonprofit whose mission is to increase diversity in the esports and video game industries, and Twitch unveiled their plans for the second season of its HBCU Esports League. The league aims to help students gain access to educational and scholarship support, offered through Twitch Student, and help Historically Black Colleges and Universities (HBCUs) bolster their esports programs.

“We’re incredibly proud to bring the HBCU Esports League back for its second season with the support of Twitch, Verizon, and Discover,” said Ryan Johnson, co-founder and executive director for Cxmmunity. “This will continue building competition and galvanizing the community across our partner colleges and universities.”

“While 83% of Black teens play video games, opportunities are scarce for them to pursue careers in gaming, esports, and STEM when they enroll in college. We hope our Esports League will further their passion and desire to engage in these areas as they navigate their academic journeys at their respective schools,” remarked Johnson.

Verizon returns as a season partner, which includes its owned branded segment and a Celebrity Pro-Am Tournament to be determined in the coming weeks. The event will feature professional athletes, entertainers and content creators who will compete with select HBCU students. In June, Verizon announced that it had committed $1 million to increase female representation in gaming and STEM through the creation of the Verizon Game Forward Scholarship for female students at HBCUs; and the creation of tech centers on the campuses to benefit these students. The program is being facilitated by Cxmmunity.

Discover Joins Cxmmunity to Present the “Discover Bowl”
Discover, one of the most recognizable brands in financial services joins the season as a new partner and will present the first-ever “Discover Bowl,” a Madden tournament to be held during the college football bowl season.

Along with the “Discover Bowl,” Discover will also sponsor its own branded segment, “Discover’s Cxmmunity Leader of the Week.” The feature will highlight an HBCU student achieving exceptional accomplishments both on and off-campus.

“By partnering with Cxmmunity and Twitch to support the HBCU 2021 Esports League, Discover is committing to Cxmmunity’s mission of increasing the participation and representation of young minorities within the esports and video game industries. This partnership also allows Discover to continue to engage with college students and provide them with the products and knowledge to encourage financially responsible habits,” said Kate Manfred, Chief Marketing Officer at Discover.  “We look forward to highlighting Cxmmunity student leaders’ every week, and culminating the season at the ‘Discover Bowl.’”