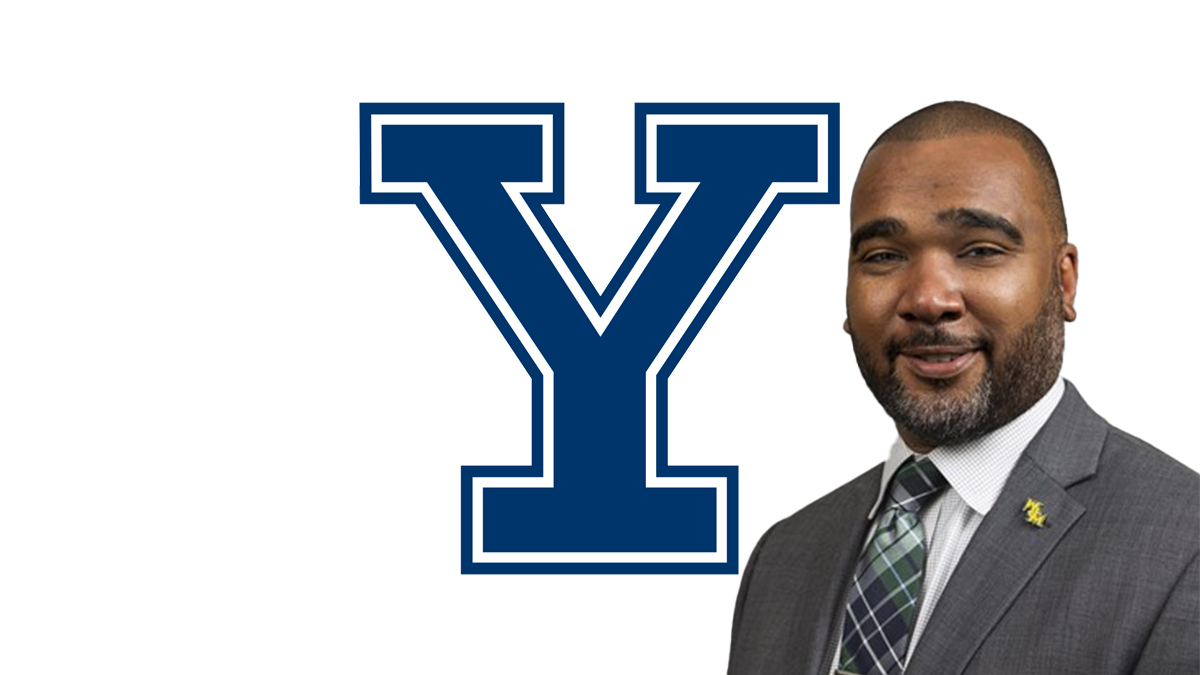 “Anthony’s experience, professionalism and work ethic made him stand out among some of the nation’s best throughout this search process,” said Chun. “I am thrilled for him to join our senior staff and I know that he will be a welcome addition to our student-athletes, coaches, faculty, department and the Yale Community.”

Henderson comes to Yale after two-plus years with the William & Mary Tribe, where he served as Senior Associate Athletics Director and Executive Director of Athletics Advancement. He was a member of the Tribe’s leadership team and also oversaw its football program in addition to an encompassing advancement operation.

A recognized administrator, Henderson’s development efforts for William & Mary helped them enjoy their most successful fundraising campaign with $37.3 million in cash and pledges in his first year with the Tribe. He also led the development strategy for $67 million, which featured lead gifts of $20 and $10 million towards complex renovations and new athletic facilities.

Henderson’s progression of the William & Mary development team continued in his second year through collaboration with university advancement leadership and its ALL IN campaign, a three-year plan developed to support athletics with $55 million which yielded $22.8 million in year one. Additionally, he oversaw the transition from the Tribe Club to the William & Mary Athletic Foundation, LLC.

Henderson oversaw restructured executive boards and a renewed focus on women’s philanthropy through W&M Women in Action. He also led the creation of sports resource, parents, and recent alumni councils, the Tribe Varsity Association, and the Student-Athlete of Color Coalition.

“It is truly an honor to join such a storied program with the impressive history of Yale Athletics. I am excited to come in to help build on the legacy of being the best in all that we do in the classroom as well as in competition,” said Henderson. “I am thankful to Vicky Chun, Ann-Marie Guglieri, and Mary Berdo for providing me with this tremendous opportunity and look forward to working with our dedicated and passionate student-athletes, coaches, staff, donors, and fans as our Bulldogs return to play this fall.”

Henderson is a nationally recognized leader in collegiate athletics. He was part of the 2018 NCAA Pathways program, a year-long experiential learning opportunity for 25 of the country’s top senior-level administrators.

Additionally, Henderson was a member of the inaugural Big South Conference Connection in 2017, a Hampton University 40-Under-40 honoree in 2016, a three-year participant in the Collegiate Athletics Leadership Symposium (2016-19), a 2016 LEAD1 (formerly D1A Athletic Directors) Institute Gradate, National Association of Collegiate Directors of Athletics (NACDA) Senior Administrators Mentoring Institute participant (2015-16) and a 2011 Dr. Charles Whitcomb NCAA Leadership Institute graduate which he returned to from 2016-17 as part of its alumni programming planning committee.

Henderson is heavily involved with the National Association of Athletic Development Directors (NAADD). He is a two-time Diversity Award winner (2010 & 11), a five-year conference representative (2011-15), and organized the inaugural Mid-American Conference Athletic Development Summit (2014). In 2015, he was one of just ten national graduates of the first-ever Bobby Purcell Mentor Program. He also served as a NAADD Diversity Award selection committee member from 2013-20.

Prior to joining William & Mary in 2019, Henderson spent eight years at the University of Akron. He began his time at Akron as the Director of Athletics Development in August 2011 and was promoted to Associate Athletics Director for Development in July 2016. In addition to his advancement role, Henderson also served as the Zips’ football administrator.

Before Akron, Henderson spent three years at Old Dominion University, beginning in 2008, as the Assistant Director of Athletic Development. He arrived at ODU from the private sector, where he worked as the senior account executive from 2007-08 at The Event Authority, LLC in Charlotte, N.C., responsible for managing the Jordan Brand Classic account, played in the ‘world’s most famous arena,’ Madison Square Garden.

Henderson also served as the director of marketing and corporate partnerships for the Mid-Eastern Athletic Conference (MEAC) from 2005-07 and has had previous stops with Disney Sports Attractions (2004-05), the Richmond Braves baseball club (2004), and Virginia Commonwealth University (2003-04).

Henderson received his undergraduate degree in marketing from Hampton University in 2000, where he was a student-athlete on the football team. He played defensive back for the Pirates, winning two MEAC regular-season titles, advancing to two NCAA I-AA playoffs, and winning the 1999 McDonald’s Heritage Bowl during his time there.

He and his wife Danjile, a former track & field student-athlete at Hampton University, come to New Haven with their son, Anthony, Jr. (A.J.), and daughter Ashlynn.