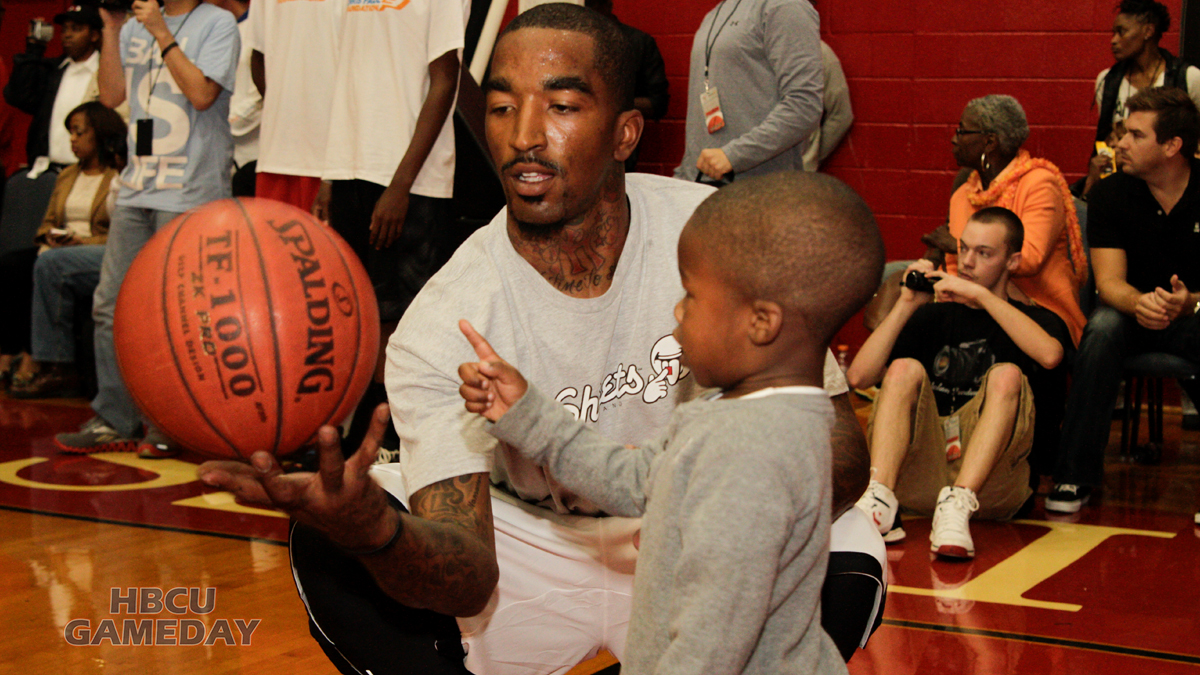 J.R. Smith opted to go straight to the NBA after college. But with his pro basketball career behind him, he’s headed to an HBCU as he hopes to play golf at A&T.

Nearly two decades after skipping college to go to the NBA, J.R. Smith is headed to an HBCU. Smith has enrolled at North Carolina A&T State University.

“One of the best liberal studies programs is at A&T and it just so happens I’ve got deep roots in Carolina with Chris Paul, C.J. Paul,” Smith told WFMY. “After that things started trickling down.”

Paul attends Winston-Salem State University. Smith was a part of a crew of NBA stars who played in a charity game alongside Chris Paul at WSSU’s C.E. Gaines Center during the 2011 NBA Lockout.

After committing to the University of North Carolina, Smith decided to forgo college basketball and declare for the 2004 NBA Draft.

“They always told me I could go back whenever when I was coming out of high school so — this is whenever with me,” he said.”

“It’s been a long time since I’ve been in school,” Smith said. “I’m excited though. It’s new challenge. I’ve got nothing but free time right now. Between raising kids and going to school, my schedule is pretty full.

“Golf is one of those games that can have you feeling really high or it can bring you down to your knees and humble you. To have that feeling and knowing that all of the game is pretty much on my own hands and I don’t have to worry about teammates to pass the ball to, receiving passes and playing defense — I can just play my game and have fun.”

Smith last played in the NBA in 2020, winning an NBA title with the Los Angeles Lakers. Smith also won a title in 2016 playing alongside LeBron James. The New Jersey native was named Sixth Man of the Year in 2013.