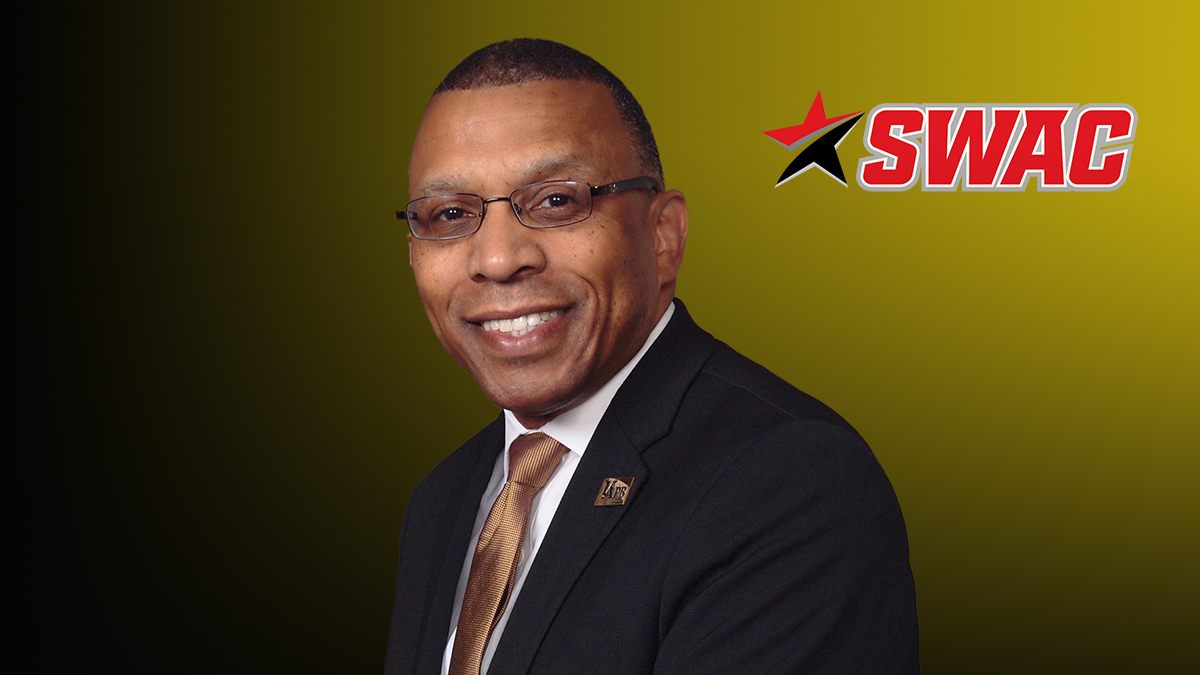 The SWAC Council of Presidents and Chancellors will have a new leader starting this fall. The body wields a lot of power within the conference.

While fans are excited about the return of SWAC football on the field this year, the folks who actually run the conference are preparing for a change.

University of Arkansas-Pine Bluff Chancellor Dr. Laurence Alexander will take over the chairman for the SWAC Council of Presidents and Chancellors. Alabama A&M University President Dr. Andrew Hugine is transitioning out of the role as he is retiring this fall.

“Over the course of his leadership, Chancellor Alexander has shown a steadfast commitment to the forward progression and advancement of our student-athletes and league membership,” SWAC Commissioner Dr. Charles McClelland said. “We look forward to working with him to further enhance our brand in all facets while simultaneously improving the overall quality of experiences for all of our student-athletes in the 18 sports in which we currently sponsor.”

Hugine’s tenure in charge of the group in charge of the SWAC saw the expansion of the league as it added Florida A&M and Bethune-Cookman. The SWAC also purchased a 16,000 square feet corporate office building located near downtown Birmingham last spring.

“The Southwestern Athletic Conference undoubtedly owes President Hugine a huge debt of appreciation and gratitude for his outstanding leadership during his time serving as the chair for the SWAC Council of Presidents and Chancellors,” said SWAC Commissioner Dr. Charles McClelland.

“President Hugine’s visionary leadership has taken our conference to great heights while also charting a path that many may not have believed just several years ago. The Southwestern Athletic Conference’s growth and current upward trajectory could not have been achieved without his leadership and guidance during this transitional point in collegiate athletics.”

The Council of Presidents and Chancellors carry heavy weight in the SWAC, and any conference for that matter. They approve new membership, vote on fines and penalties, and hire and fire conference commissioners.

Other legislative items determined at the spring meetings included the elimination of the league’s intra-conference transfer policy. That decision was made with a unanimous vote of approval from league membership.

Alexander is currently in his eighth year as Chancellor of the University of Arkansas at Pine Bluff. He previously served as the Vice-Chairman of the SWAC COP. He was recently named to the Division I Presidential Forum, which is comprised of one president or chancellor from each of the 32 Division I Conferences.

Prior to coming to UAPB, Alexander spent more than two decades at the University of Florida. While at UF, Alexander served as a member of the Board of Directors of the University Athletic Association and the Board of Directors of the UF National Alumni Association, and he worked closely with the Office of Alumni Affairs as part of its Distinguished Lecture Series and through engagement with Gator Clubs.

Arkansas-Pine Bluff won the SWAC East Division during spring 2021, advancing to the SWAC Championship game. However, UAPB’s athletic department has experienced significant changes under Alexander, especially recently. Since letting go of Lonza Hardy as Director of Athletics in 2018, UAPB has had two ADs come and go and is now on its third.

Interestingly, Alexander was recently listed among the eight candidates to take over as president of Louisiana State University (LSU). He was not selected, however. Last fall he interviewed for a position at the University of Louisville.