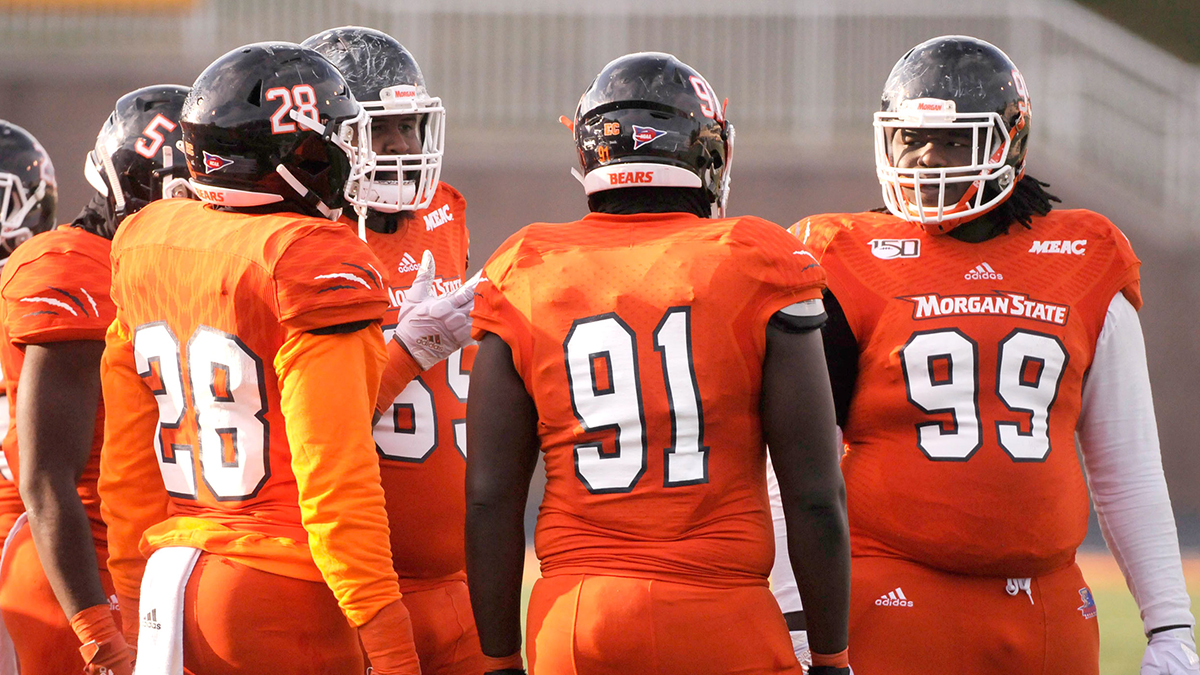 “I’m coaching the little things less. When you see that, that’s when you know the team is making that turn,” says head coach Tyrone Wheatley.

The highlight of that season was a 22-16 home win over eventual co-champion North Carolina A&T. “In that game,” Wheatley said, “we kept the game plan simple”

“We have to play like that all the time. We have to duplicate that and get the guys to play at a high level every week.”

But Wheatley says the Bears, picked to finish fifth in preseason voting, are in what he calls “a total rebuild.” The MSU administration, he says, is behind him.

“It’s great to know you have the support and the time to rebuild and do the things you need to do,” said Wheatley. “Everybody looks at the overall big picture. The big picture is great, but you need to get to those small things that have been plaguing the program – like accountability and mental toughness.

“What I’ve seen is the growth of the young men, particularly in the little things, like keeping the locker room clean. Our GPA (grade point average) was at 2.4 when I got here. Now we’re at 3.0. The study table attendance is through the roof. Guys are getting after each other in terms of holding each other accountable.

“I’m coaching the little things less. When you see that, that’s when you know the team is making that turn. You just can’t come in and win overnight. We’re not trying to be a flash-in-the-pan.”

“The biggest thing is the change of mindset,” said Woolfolk, who Wheatley described as a tremendous leader, player and coach on the field. “There’s the physical part, but mentally guys are getting tougher. The workouts, everything, we’re getting better every day.”

Sophomore Marvin Atuatasi (6-1, 310), a second team preseason all-MEAC pick, is the anchor on the offensive line. Sophomore running back Jabriel Johnson is described by Wheatley as “electrifying.” Raequan Beal (6-5, 235), a talented freshman from Renaissance High School in Wheatley’s native Detroit, will compete with two others at quarterback.

“We have more youth on offense,” said Wheatley, “and more experience on defense.”

“He’s chomping at the bit to get after it,” Wheaton said of Hebron.

Morgan State did not have spring football when Wheatley took over in 2019. They had it this spring and took advantage of it.

“It was a way to get better, improve on our deficiencies,” said Wheatley. “We got stronger, bigger and faster. We just have to keep guys focused, with their eyes on the prize.

“I also believe we went out and got the pieces we need to win – players that come from winning programs, have good GPAs, and can build the program. We’re in sync. We’ll be good.”