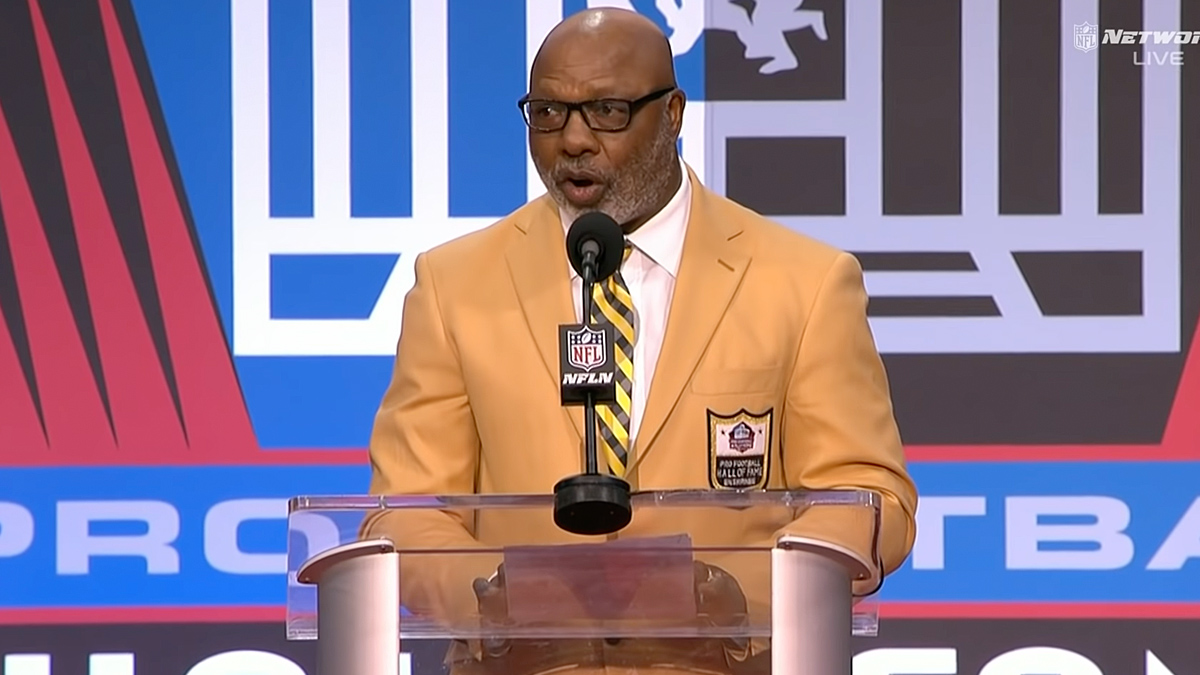 Hall of Famer Donnie Shell credits HBCU for his honor

Donnie Shell showed up as an undrafted free agent in 1974. He says his college coach gave him confidence which built his Hall of Fame career.

Former Pittsburgh Steeler great Donnie Shell was enshrined into the Pro Football Hall of Fame on Saturday. But he spent most of his speech talking about his HBCU.

But in 1974 he was just another undrafted free agent trying to make a below-average Pittsburgh Steeler team. He told the story of a reporter interviewing him and inferring he wouldn’t make the team.

“Don’t you know you’re a long-shot to make the Steelers team because you are undrafted, and a free agent, and you’re not going to get many chances to get on the field?” The reporter asked him.

More than 45 years after the interview, Shell reflected on the statement.

“So I looked him square in the eye and I said, Mister, I’m from South Carolina State University,” he said. “Coach Willie Jefferies said I can do whatever I want to do when I get to training camp, and I have a good chance to make this team.”

Shell went on to thank Steelers coach Chuck Knox for not judging players based on what school they came from. He also took time to thank fellow inductee Bill Nunn, the NFL’s first full-time African-American scout.

“Praise God for coaches who not only coaches at HBCUs, but mentors and father to their players. Praise God for Bill Nunn,” he said with a clap. ‘Who advocated for HBCU players across the NFL, and had the foreseeability to switch me from linebacker to strong safety.”

Donnie Shell went on to help the Steelers win four Super Bowls. He was a five-time Pro Bowler and first-team All-Pro three times. Now, nearly 40 years after his retirement, he’s finally a Hall of Famer.

Hall of Famer Donnie Shell credits HBCU for his honor