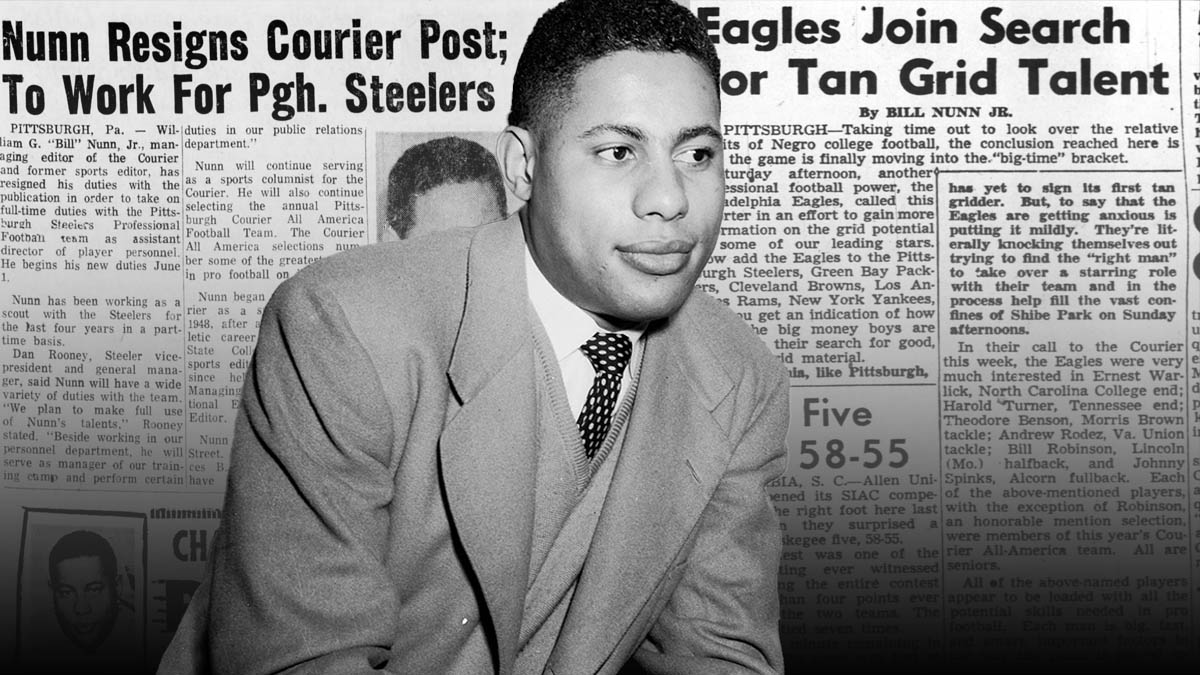 Bill Nunn Jr. was a star athlete that used the power of the pen to open doors for others and help build an NFL dynasty.

Bill Nunn, Jr. isn’t a name the casual NFL fan will know. Hell big-time NFL fans may not know his name, but they should, and now they will as he was selected to the Pro Football Hall of Fame.

Nunn was one of the unsung heroes of the Pittsburgh Steelers “Steel Curtain” dynasty of the 1970s as a scout, helping bring in some of the franchise’s legendary names. He also helped dozens of other HBCU players gain visibility as sports editor of The Pittsburgh Courier, at one time the most widely-read black media outlets in the country.

Now he is the first black man to be inducted into the Hall of Fame as a contributor.

“I am thrilled that Bill Nunn has been elected to the Pro Football Hall of Fame as a contributor,” Steelers President Art Rooney II said in a statement. “He was not only a special friend and advisor to me, my father, my uncle Art Rooney Jr., but also Kevin Colbert, Mike Tomlin and everyone he worked with during his 46 years with the Pittsburgh Steelers. His stories, advice and lessons that he taught all of us are still apparent in our everyday work. He was a true pioneer in helping traditional HBCU players get their chance in the National Football League, and he is so deserving of this extraordinary honor.

“I look forward to celebrating his induction into the Pro Football Hall of Fame with his family this summer in Canton. I could not be more excited for him to receive this recognition.”

Bill Nunn was a star player at West Virginia State back when the school was in the CIAA. He finished his career just as the NFL was cracking open the door to black players. Though it was slammed in his face, he used his talents to help others break down the doors. After graduating from WV State, he began his career at the Courier, where his father was managing editor.

He played an instrumental role in getting many players from black colleges drafted by following their progress religiously and keeping the public up-to-date throughout the 1950s and 60s. Nunn resigned his post as Courier sports editor in 1970 to take a job scouting for the Steelers. It turned out to be a great move for both he and the franchise as he opened up an Underground Railroad of sorts for the Steelers. Players he’s credited with helping bring to Pittsburg include:

“Bill in my mind was a game-changer for guys in my era who went to Black colleges,” Stallworth said. “Bill was a force in the room for us. Most of the guys who came along before us, didn’t have anyone to talk about their pedigree, how good they were, what their capabilities were, their talent, what kind of man they were. Bill was a voice in the room for guys in Black colleges in the early years. He paved the way for a lot of guys with the Steelers and other teams to have an opportunity to come in and show what they could do. It opened the door for a lot of guys who came after us.”