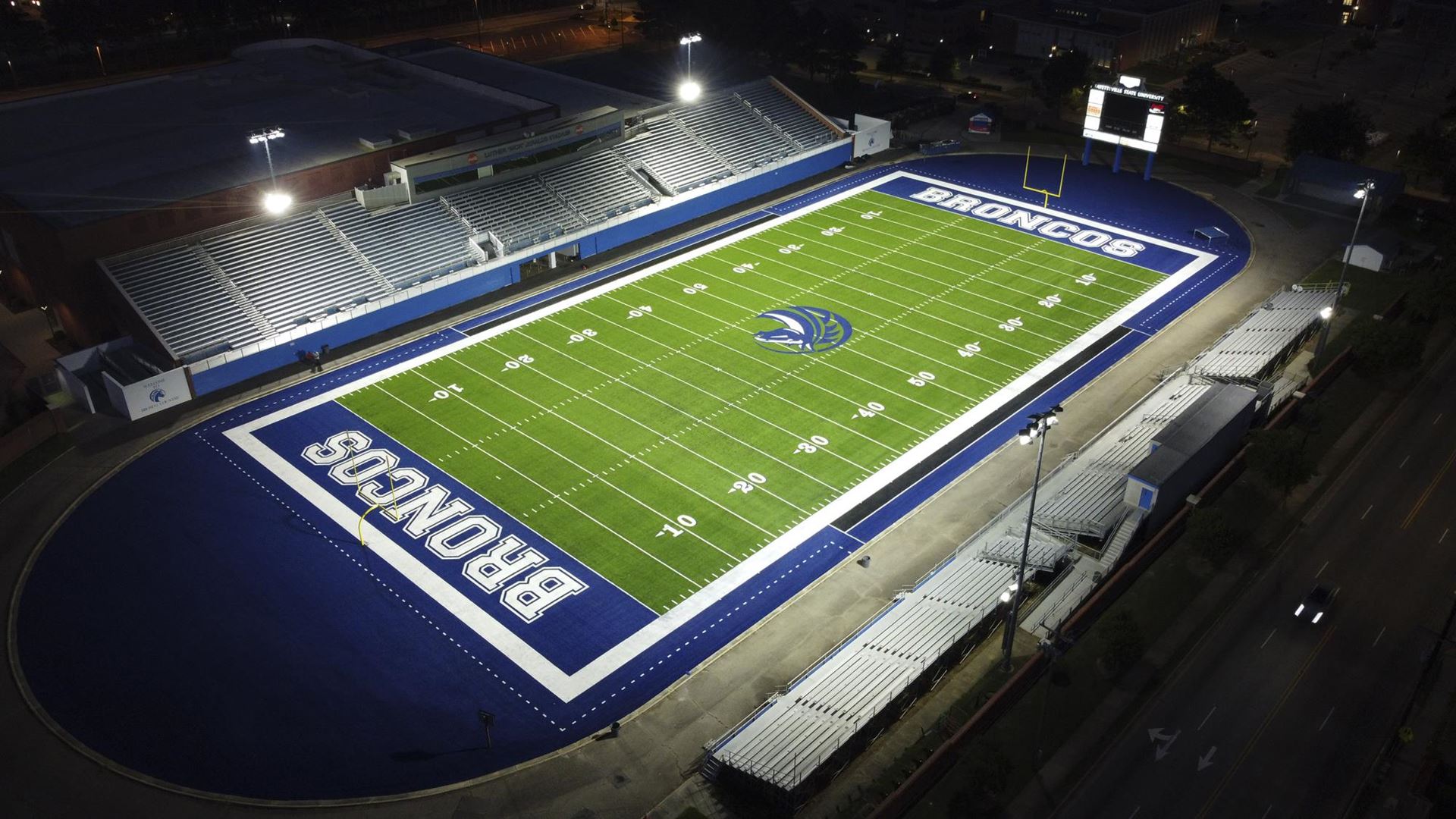 Fayetteville State was the first CIAA school to shift from natural grass over a dozen years ago. Now its getting a new playing surface.

Fayetteville, NC – Fayetteville State University is upping the ante this football season with a brand-new, high-tech turf field from the same leaders in synthetic turf technology that installed the previous turf 13 years ago, AstroTurf®.

“In 2007, Fayetteville State was the first in the CIAA to shift from natural grass,” said Athletics Director Anthony Bennett. “We continue to strive for the best for our student-athletes and, right now, AstroTurf is just that. The new field will ensure a safe playing surface as we continue to feature one of the best facilities in the conference.”

The new field is one of AstroTurf’s most popular products, the RootZone 3D3 blend system. The RootZone will be in both end zones, and the installation includes a total of 89,000 square feet of high-performance turf. The system features texturized layers of fibers that hold down the infill layer and minimize infill migration. This results in superior stability, enabling athletes to unleash both in practice and in the game.

The Broncos will also benefit from AstroTurf’s patented Trionic fibers, which consist of polyethylene fused with nylon to achieve the ultimate wonder-fiber. These player-friendly, soft texture Trionic fibers come together to provide athletes an overall safer playing surface with unbeatable strength and resilience with grass-like traction.

The old field, the AstroPlay system, was installed 13 years ago. It held its own in both performance and aesthetics, which is one reason why Fayetteville State University’s Luther “Nick” Jeralds Stadium is known for being one of the most will-kept stadiums in North Carolina.

In recent years, the Broncos have proven themselves to be one of the hardest to beat teams in the Central Intercollegiate Athletic Association (CIAA). FSU was Southern Division champions in 2017, 2018, and 2019 with three consecutive trips to the CIAA Championship Game.

After being forced off the field for the 2020 season due to the COVID-19 pandemic, Fayetteville State is eyeing a fourth consecutive appearance in the championship game after the Predicted Order of Finish placed the Broncos second overall and first in the division.

“These guys have put in so much during training. I have no doubt they’re ready to give it all they’ve got and then some,” says Head Football Coach Richard Hayes.

The FSU Broncos will open the season in Rocky Mount, North Carolina on September 4thagainst Elizabeth City State University in the Down East Viking Football Classic. The first home game is on September 25th against Virginia State University. Fans can purchase tickets for both games online now.