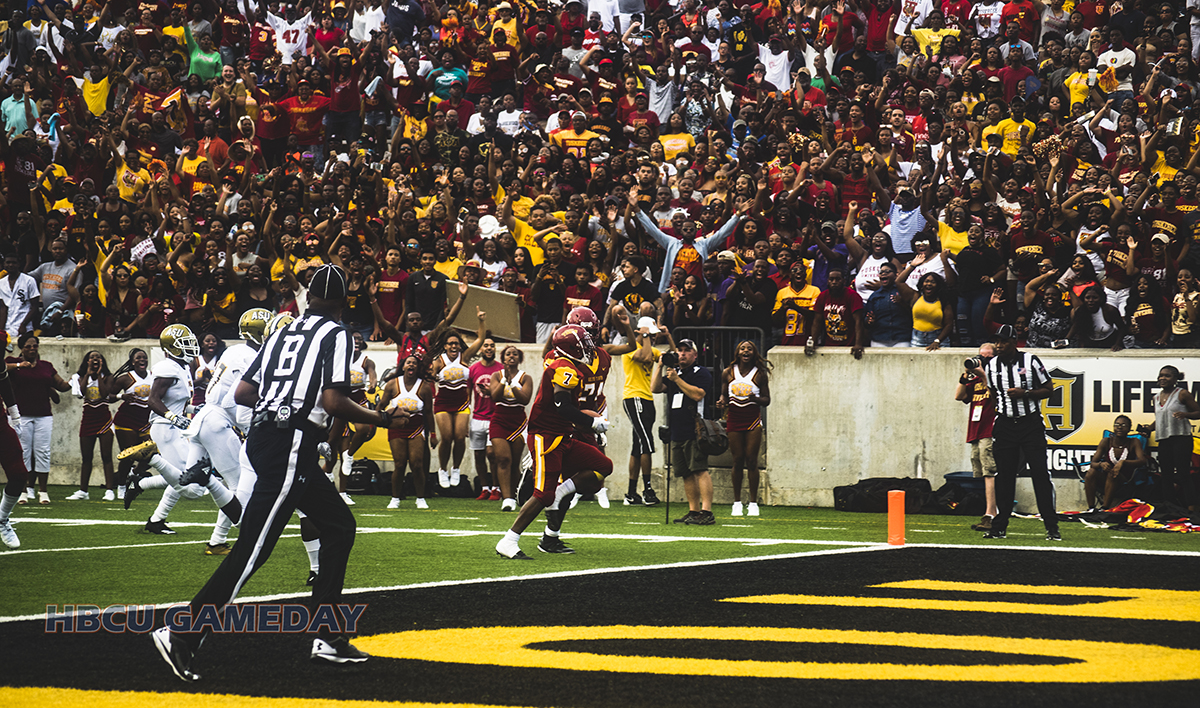 Tuskegee decided to compete for a national championship a decade ago. But the financial realities have led to a change of course.

After a year off of football, Tuskegee is looking forward to a prosperous 2021 football season.

TU is kicking off the season in a brand new classic and ending it in one of the oldest in HBCU football. It will open the season against Fort Valley State in the first-ever Red Tails Classic. The game will be broadcast on ESPN, who also owns the game.

“You’re getting a double-whammy,” he said during SIAC Media Day. “You make a little money for your school and then you also get some exposure too.”

As a football coach, Willie Slater knows the game will provide exposure for his program. As the school’s director of athletics, he’s looking at the bottom line.

“The only reason you play this game is to make money,” he said. “People can say whatever they want to. A lot of people are in love with the games and the tailgating and all that stuff. But the primary purpose of even having a football is to make money.”

SIAC catching up with Tuskegee

And money — now more than ever in the SIAC — is a necessity. Slater knows this all too well. He’s been at Tuskegee for 15 years now. He had immediate success, winning four-straight titles from 2006 through 2009  and adding three more in 2012, 2014 and 2017 while the rest of the SIAC struggled to catch up.

It has taken a while, but it appears that they have — on and off the field. The Golden Tigers have gone 7-5 in the conference over the last two years while just going 10-10 overall. Now there appears to be an arms race to update facilities — one that Slater says he’s losing.

“We want to be at that point too —  but you’ve got to make some money to do it,” he said. “We’re making a commitment to start upgrade facilities like everyone else because we’re falling behind.”

To that end, Tuskegee has made the decision to return to a major money maker: the Turkey Day Classic with Alabama State. The rivalry featuring the two Alabama-based HBCU featured both team for most of its history, which dates back to 1924.

“The Turkey Day Classic is a money-making deal. So we’re trying to make money for the program,” Slater said of the game.

Playoff success has its price

Tuskegee decided to drop the Thanksgiving game in order to compete in the NCAA Division II playoffs after the 2012 season.

Skegee had some success in the playoffs — winning three playoff games in four years — but that came at a price. In 2017 it renewed its rivalry with ASU in the Labor Day Classic, winning that game as well as beating Jackson State in the Fifth Quarter Classic. It won the SIAC Championship that season, yet was left on the outside-looking-in on the playoffs despite a 9-2 record. That’s because the D2 playoffs don’t recognize games against FCS schools.

So Tuskegee had to make a choice — continue to chase the playoffs, or take guarantee game money that will likely keep you out of them. It’s not a pretty one, but Slater and ‘Skegee had to do so.

“In making money, a lot of times, we have to play I-AA schools. We have to play a school bigger than us, then it hurts you as far as qualifying to the playoffs,” he said. We’re playing Alabama A&M and Alabama State. Those two games will not count towards power rankings to be in the playoffs. We actually get punished to fundraise when we have the ability to fundraise. A Division II school has the ability to fundraise and we are being punished for fundraising.”

While the decision has been made for now — you can tell Slater wants to compete for something bigger.

But for now, it will have to wait until the Golden Tigers can afford it.