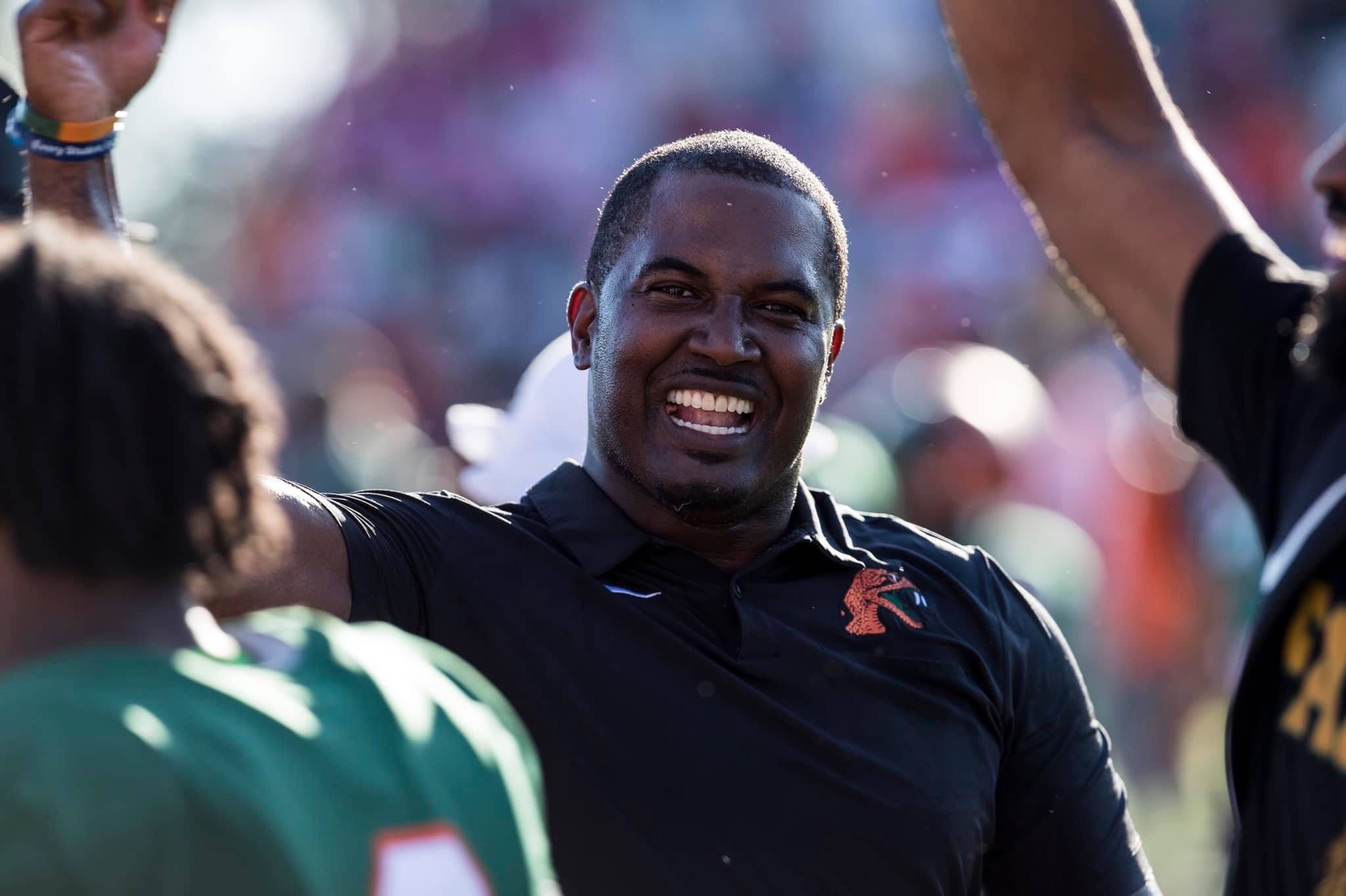 Willie Simmons has made several additions to his FAMU football staff as the 2021 season quickly approaches.

Ryan Stanchek will serve as the team’s co-offensive coordinator with direct oversight of the offensive line. He will work alongside running backs coach Shane Tucker and two offensive graduate assistant coaches, while Milton Patterson lends a hand on the opposite side of the ball as the defensive line coach.

LaTroy Johnson will support the entire Rattler program as the Assistant AD for Director of Football Operations.

“I am extremely excited about the new additions to our coaching staff. We’re bringing coaches and support staffers with championship pedigree, and they will only add to the success we’ve had here as a program since we came in 2018. They’re not only great coaches, but they’re great family men and leaders as well, and that fits the culture here at FAMU.,” says head coach Willie Simmons.

Before his post at Southern, Stanchek spent five seasons (2014-18) at Alcorn State – the first three as the offensive line coach before a 2016 promotion to run game coordinator. The Braves won the Southwestern Athletic Conference (SWAC) East Division title all five years he was on staff. During the 2018 season, his first year as the offensive coordinator, Stanchek helped the squad to the 2018 SWAC Championship and a trip to the Air Force Reserve Celebration Bowl. He coached Noah Johnson to SWAC Offensive Player of the Year accolades while De’Shawn Waller was named the SWAC’s Newcomer of the Year.

Under Stanchek, the Braves placed 13 offensive linemen on a SWAC All-Conference Team. He also mentored eight HBCU All-Americans during his tenure.

Tucker headed to FAMU following a yearlong stint at Austin Peay, where he was tasked with coaching the tight ends. He began his professional career as an assistant strength and conditioning coach at Dodge City Community College, specializing in speed development for running backs, wide receivers, linebackers, and defensive backs. He was promoted to wide receivers coach in 2019.

After two seasons in Kansas, Tucker returned to his alma mater Middle Tennessee State as an offensive graduate assistant (2020).

Patterson arrived in FAMU following a stop at Fayetteville State and a four-year post at Clark Atlanta. He was the defensive coordinator, linebackers coach, and director of recruiting at CAU from 2017 to 2020; the 2018 season saw the team produce the 10th-best defensive unit in the nation, which also ranked No. 2 in the Southern Intercollegiate Athletic Conference (SIAC).

While at MVSU, he served as co-defensive coordinator, linebackers coach, and director of sports performance.

Johnson will be responsible for the day-to-day operations of Rattler football and is familiar with the position after a similar role at Jackson State. For two years, he held the title of Assistant Athletic Director of Internal Operations with the Tigers (2019-21) before spells as the equipment manager at Mississippi Valley State, Tennessee State, Morgan State, Arkansas – Pine Bluff, Middle Tennessee State, and South Carolina State. Johnson also attended Clemson University with coach Simmons.

Astorquiza started with the program in March 2020 as a recruiting intern, assisting the staff with managing the recruiting database, recruit film, and other assignments.

Randolph joined the Rattlers after spending two seasons at the University of Florida as the offensive line student assistant. Before that, he spent the 2017-18 season as the defensive coordinator at Saint Francis Catholic High School.