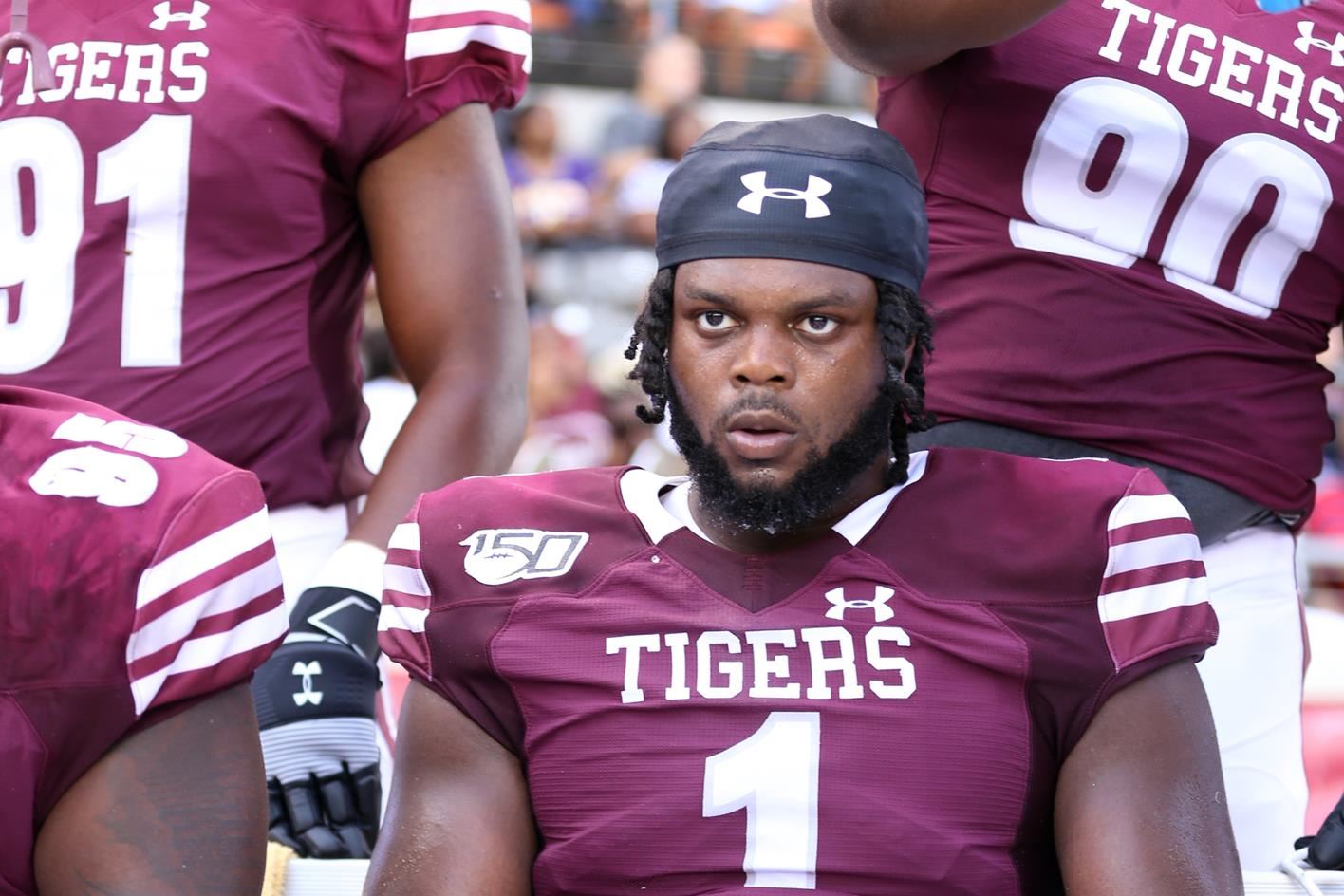 Texas Southern is down but not out

The Tigers are looking to break into the win column and make some noise in the SWAC West in Clarence McKinney’s third season.

Though McKinney’s Tigers finished his first season in 2019 at 0-11, there were many promising moments. Single-digit losses to Alabama State (21-17) and Southern (28-21) and an overtime loss to Alabama A&M (35-28) were certainly encouraging. The 0-2 pandemic-shortened spring season included a last-minute 20-19 loss to nearby rival Prairie View that also falls into that same category.

But McKinney and his team are not looking for close calls. TSU has not posted a winning season since 2000.

“We feel like we’re one of the better teams in the conference,” said McKinney at the July 20 SWAC Media Day in Birmingham. “It’s just a matter of us getting over the hump and getting a win.

“Our guys are working hard to change things. We’re excited about this upcoming season. We feel good about our chances.”

TXSU will field a young team with either Jalen Brown or Andrew Body at quarterback. Brown (6-2, 230), a freshman, started the last game in the spring against Southern and showed a lot of poise. He completed 21 of 37 passes for 281 yards with a touchdown and an interception. He’ll be challenged by Body, the Texas 4A player of the year at Miller High School in Corpus Christi, who passed for over 13,000 yards during his high school career.

The running back room is led by sophomores LaDarius Owens (5.2 yards per carry) and Jacorey Howard (4.5 ypc.). Grad senior Jonathan Giles, a Texas Tech transfer, and senior Ke’Lenn Davis are experienced wide receivers. McKinney said Giles should see a lot of balls from whoever is playing quarterback. The offensive line is anchored by senior Nate Hines, who moved from tackle to center in the spring.

Six-two, 265-pound defensive end Michael Badejo was the only Tiger selected preseason all-SWAC. Demontario Anderson handles the opposite side of the defense. The return of former all-SWAC linebacker Julian Marcantel, who totalled nearly 100 tackles in 2017 but has battled injuries since, will give the defense a big boost.

“We have a lot of starters coming back,” said Badejo. “We’re focused on what we can do better. The biggest thing is going to be communication.”

“The spring was really good for us,” said McKinney. “We didn’t play a lot obviously, but we did get in a lot or practice. We prepared weekly for an opponent but that game or opponent didn’t always happen. The COVID thing was out of our control. So we learned to be patient, adapt and adjust to the schedule.

“Our focus is on improving Texas Southern and on facing our first opponent, Prairie View. We’re not looking past anyone.”

Texas Southern is down but not out