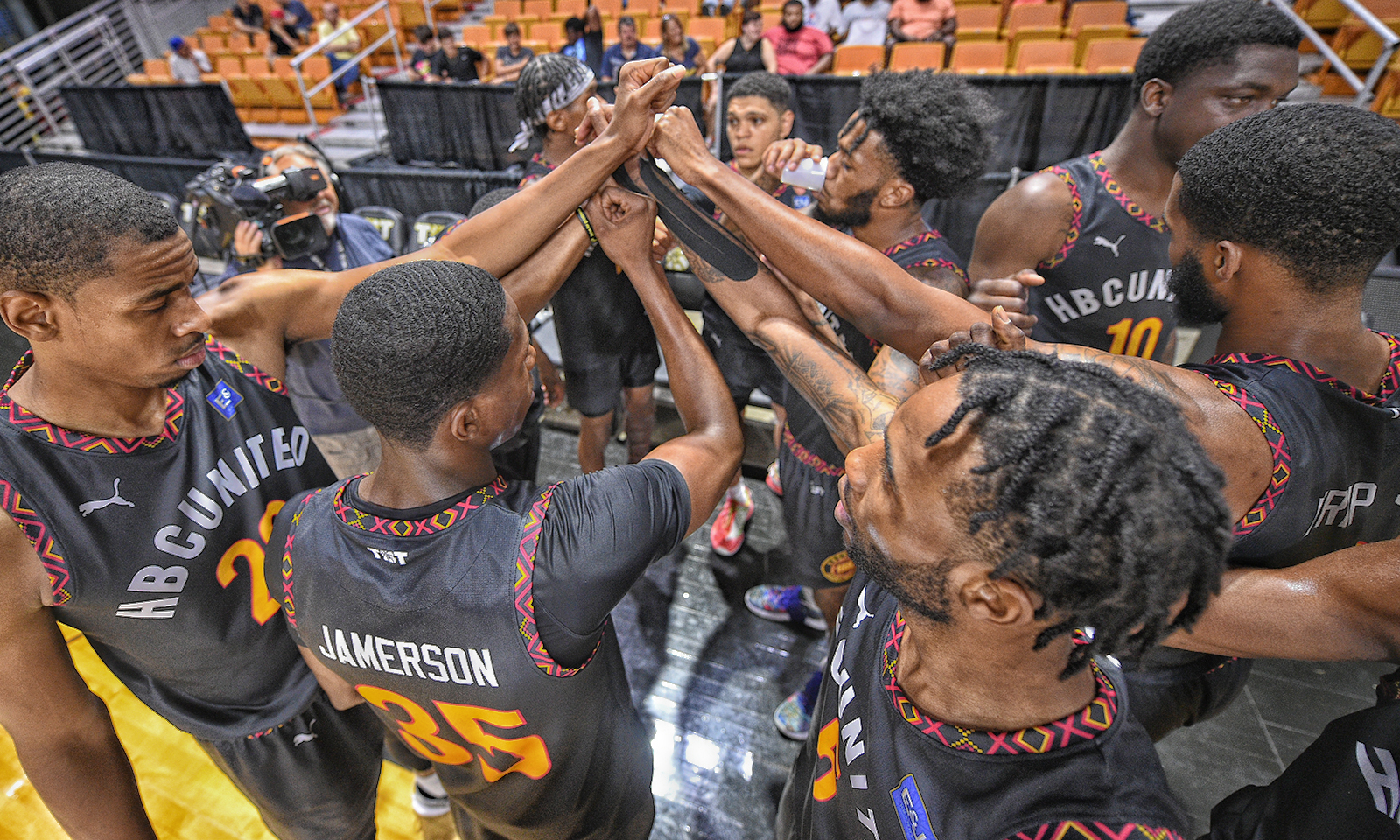 Tiwian Kendley led the way for HBCUnited with 12 points while Rob Colon scored 10 and CJ Williams and Phil Carr both chimed in with 7 points each.

HBCUnited made their TBT debut against Armored Athlete in the West Virginia regional of the 1+ million dollar tournament .

Armored Athlete made its seventh TBT appearance and has 13 all-time TBT wins. Armored Athlete got 15 points apiece from Coty Clarke and Tariq Owens and ran away with it in an 88-52 blowout.

Tiwian Kendley (Morgan State) led the way for HBCUnited with 12 points while Rob Colon (WSSU) scored 10 and CJ Williams (Howard) and Phil Carr (Morgan State) both chimed in with 7 points each.

Below are photos and highlights from the first ever appearance by an HBCU Alumni team at The Basketball tournament.

This matchup featured one of TBT’s staple teams against a squad making its TBT debut.

Armored Athlete is making its seventh TBT appearance and has proven to be a tough out every time. With 13 TBT wins, this squad always competes and will rely on TBT veterans Dave Dudzinski and John Roberson as well as Coty Clarke, who finished tied for seventh in scoring last summer.