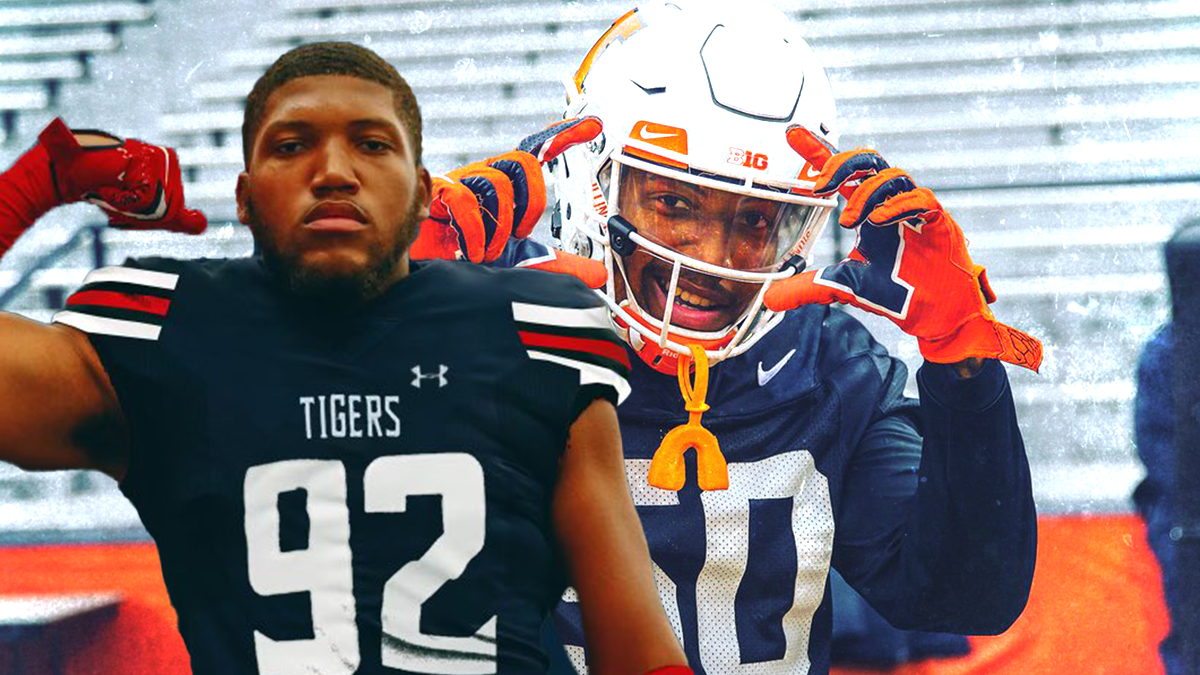 Training camp is right around the corner and Jackson State continues to stockpile transfers as it gets closer.

Former Illinois defensive end Tre’Von Riggins is headed to JSU. He made his announcement via social media on Friday.

“So many obstacles and challenges come with this life,” Riggins tweeted. “I’m blessed to have a great opportunity to continue playing football and my education at JACKSON STATE UNIVERSITY.”

Like many others in the transfer portal that landed at HBCUs, Riggins’ journey has had twists and turns. He was a consensus three-star recruit out of Bradenton, Florida where he had 74 tackles, five sacks, 20.0 tackles for loss, 11 quarterback hurries, and three forced fumbles during his high school career. Florida, Tennessee, Florida State and Arizona State all offered Riggins but initially, he committed to the University of Miami in January of 2018. However, he took a visit to Illinois in Oct. 2018 and ended up signing there.

Riggins played in just one game at Illinois last season, recording a tackle against Northwestern. The 6-foot-3, 280-pound defensive lineman announced his entry into the transfer portal in late June.

Tre’Von Riggins now joins the growing list of FBS transfers that will attempt to improve a Jackson State defense that was shoddy at times during the spring. That list includes former Florida linebacker James Houston IV as well as Georgia Tech grad transfer Antwan Owens on the defensive line. Riggins has got a lot of size and plenty of time to grow, but he’ll have to show some progression fast for the new-look Tigers as spots are up for grabs.