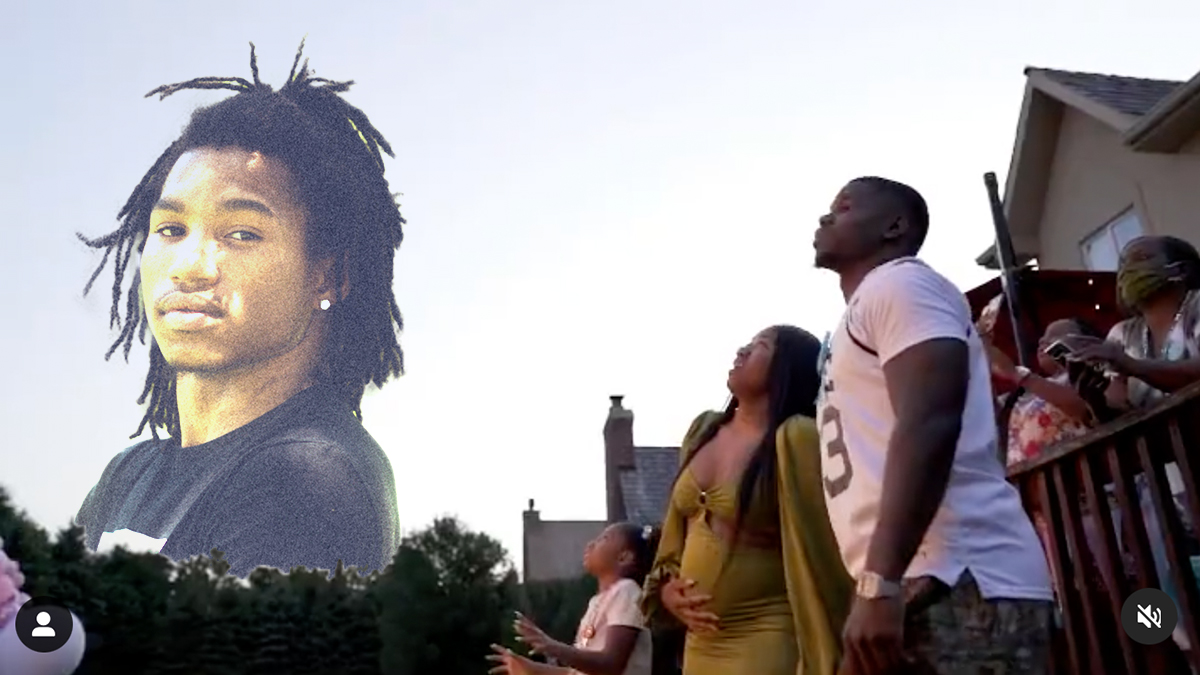 Tarik Cohen had the best gender reveal reaction ever

It’s been a tough year for Tarik Cohen. But the former North Carolina A&T star and Chicago Bears running back got some great news recently.

The past nine months or so have been rough for Tarik Cohen, but the Chicago Bears running back got some great news recently.

The former North Carolina A&T star posted a video of a gender reveal for he and his long-time girlfriend. Surrounded by family and friends, the young couple watched as fireworks went off before the revealing of a lighted sign indicating the parents-to-be were having a boy.

It’s clear from watching the video that Cohen was more than elated.

It was a moment of jubilation and emotion that was heart-warming to anyone who has followed Cohen, especially over the last year-plus.

Cohen’s 2020 season was cut short when he suffered an excruciating ACL tear against the Atlanta Falcons. The injury came shortly after he signed a three-year contract extension that September. He quickly underwent surgery and began to rehab for a comeback season in the fall of 2021.

As tough as rehab was, Cohen would receive an even bigger blow this spring. His twin brother, Tyrell, was found dead by police in the Raleigh area in May. It has been understandably painful for Cohen, and he hasn’t been shy about expressing his grief on social media.

Anyone who has ever experienced the loss of a sibling or anyone close knows that pain is real, and it never truly goes away. But bringing new life into this world has clearly brought Tarik Cohen and his family much-needed joy after tough times and tragedy.

We at HBCU Gameday have followed Cohen since his days at North Carolina A&T. From covering his exploits on the field to interviewing Cohen and his family for “Beyond The Yard” to cheering him on as his NFL Draft dreams come true. We’ve also had to cover his injury and the death of his brother. It’s great to write good news about Tarik Cohen again and we wish he and his girlfriend nothing the best and pray blessings to them and little Carter Tyrell Cohen.

Tarik Cohen had the best gender reveal reaction ever