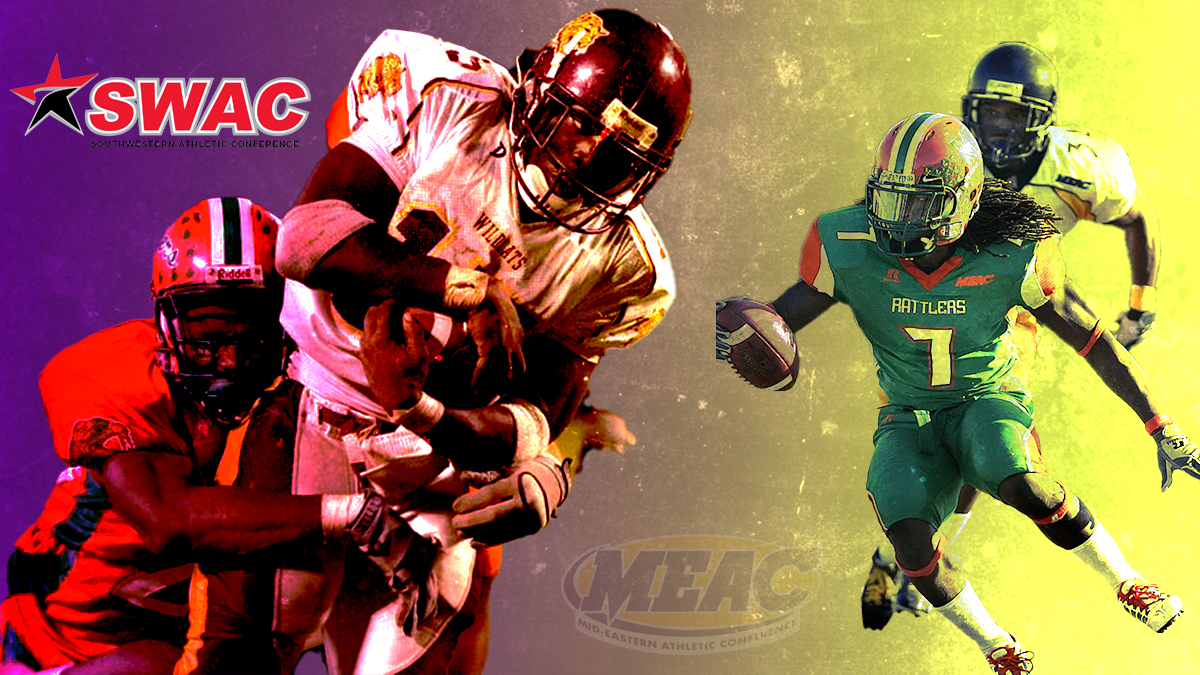 After 40 years in the MEAC, Florida A&M finally made its way to the SWAC. And rival Bethune-Cookman made the jump too.

A decade after it first left the MEAC, FAMU called in the big gun. Billy Joe had turned Central State into a football juggernaut in the 1980s, taking the Ohio-based HBCU to the NCAA Division II championship game in 1983 and spending the rest of the decade stockpiling the type of talent that made it arguably the premiere HBCU football program despite moving to the NAIA.

After winning a few NAIA titles, Joe decided to take up the challenge of moving up to the Division I-A level, replacing Ken Riley after the 1993 season. Joe would go on to show that his system could succeed at a higher level. His teams won five MEAC titles in the decade that followed, highlighted by his patented Gulf Coast Offense, including back-to-back titles in 2000 and 2001.

In May 2003, FAMU announced it announced it would be making the move to Division I-A. The following month it announced a five-year, $7.5 million deal with the Urban Broadcasting Company to broadcast football, basketball and volleyball.

The NCAA would accept FAMU’s petition to move up in July 2003.

“The NCAA has placed the ball on the 1- yard line,” FAMU President Fred Gainous said. “And we are certainly going to score.”

“We thought this was an opportunity to enlarge our revenue base,” FAMU AD J.R.E. Lee III told the South Florida Sun Sentinel in June 2003.

One person who was never in favor of the move: head coach Billy Joe.

“I was not in agreement with the administration in going Division I-A because it was very foolhardy to me and I knew that it was going to be a failure,” Joe said in 2005. “I was hopeful that I would be wrong.”

The NCAA’s approval of FAMU’s D-IA application made FBS transfers like Clemson’s Willie Simmons ineligible to play during the 2003 season. He would go on to transfer to the Citadel.

Scheduling and money issues were other almost immediate problems. The deal with UBC didn’t work out, meaning $1.5 million FAMU was expecting never showed up. Then the NCAA hit the school with 196 rules violations within the athletic department across 12 different sports.

The school tried to delay the move in early 2004, but was forced to play six games against Division I-A schools. Its schedule included games against Illinois, Virginia Tech and Tulane. FAMU went 3-8 that season, the first losing season under Billy Joe.

The new AD, Joseph Ramsey II, publicly told Joe that he didn’t support him during a meeting. He, along with Gainous decided not to renew Joe’s contract— which ended Dec. 31, 2006 — back in 2004. Gainous was fired first.

Ramsey attempted to fire Joe after the season. Joe said he’d accept a buy-out, but was told there was no money. He would ultimately be dismissed in 2005.

So, FAMU football, once again returned to the MEAC. Stripped of 11 MEAC titles at that, due to using ineligible athletes.

Bethune-Cookman, meanwhile, kept on trucking. It had had the same Director of Athletics since 1991 and that stability paid off in the 2010s. After the controversial removal of wildly popular head coach Alvin “Shine” Wyatt, BCU brought in Brian Jenkins and experienced new levels of success, winning part or all of four MEAC titles in five years.

Over the next 15 years, FAMU won a few football titles and experienced a down period, but two things remained true: Its brand was strong and it always seemed to have its eye on somewhere else. The school commissioned a feasibility study in 2014 in which moving to the SWAC was considered as an option. It didn’t make the move then, but as its football program re-emerged and new leadership came aboard, the urge to move proved to be too much.

Where Do We Go From Here?

FAMU would finally take that step in 2020. A few weeks after being questioned on conference affiliation by HBCU Gameday, AD Kortne Gosha presented a detailed list of reasons why the SWAC was right for the school at a Board of Trustees meeting. The news had already been broken by HBCU Gameday, and the eyes of the HBCU world were intently tuned in. The BOT would later approve the move, and the third — and likely final — breakup between the two parties was a done deal in less than a week.

The only hesitancy shown among BOT members when assessing the move was the future of the Florida Classic and the rivalry with Bethune-Cookman. FAMU leaders assured everyone they would do all ion their power to keep it alive, despite conference affiliation.

It turns out those fears would be short-lived. A few weeks following FAMU’s decision, Bethune-Cookman huddled together and began to plot a path to once again follow its in-state rivals to a new conference. The news, first broken by HBCU Gameday once again, meant the MEAC would be losing three schools on the same day (North Carolina A&T had announced its move to the Big South earlier in 2020.)

FAMU trustee Kevin Lawson told HBCU Gameday on July 1 that this was a move that FAMU should have made some time ago.

“The opportunity to significantly cut our travel budget but still play quality teams in quality venues to allow our fanbase to travel to more games was a no-brainer for me.”

And so, it appears, that the MEAC’s venture into Florida is over as the conference tries to re-imagine itself once again.

“The footprint of our conference will be more compact starting in 2021 and all of our institutions will be within distances that will require only bus transportation,” MEAC Commissioner Dr. Dennis E. Thomas said on July 1, 2020. “That eliminates some of the reasons cited by institutions which will be leaving us. Uniquely, our footprint will be exactly that same footprint upon which this illustrious conference was founded in 1970.”

The relationship between the Florida schools and the MEAC was conceived out of mutual need. The schools wanted a home, the conference wanted to stretch its footprint and build a true Division I-AA/FCS powerhouse. With the relationship now dissolved, all parties face the future with both uncertainty and optimism. Can the MEAC use the cut in travel to lure teams within its footprint into a conference that has been shedding consistently over the last decade? Will the move to the SWAC allow FAMU and BCU to achieve fiscal and athletic success?

Whatever the answer is, HBCU Gameday will be there to document the next chapter.