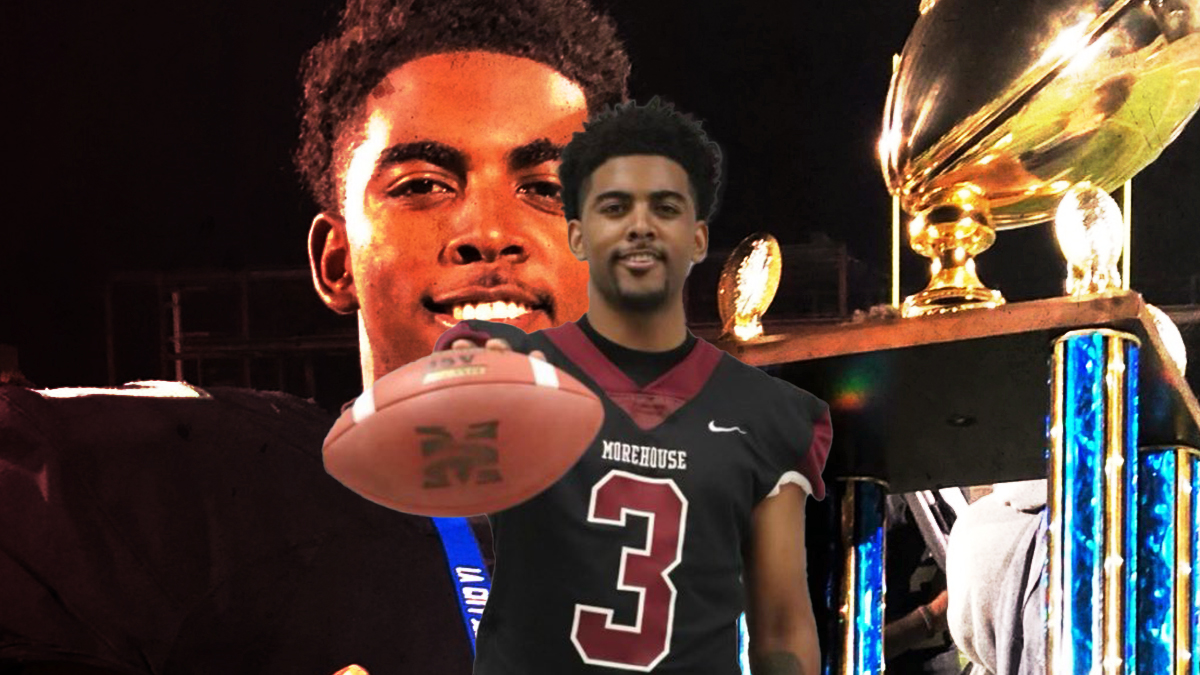 Jalen Chatman started his college career at Rutgers and then transferred to Portland State. Now he’s Morehouse bound for more than football.

Morehouse College just picked up a talented quarterback via the transfer portal.

Former Rutgers and Portland State quarterback Jalen Chatman has decided he will be taking his talents to Atlanta. He announced his decision to commit to Morehouse on Wednesday night

“Committed to Morehouse College!” he tweeted. “Had to make my next move my best one yet!’

The Inglewood, CA native was a star at  Narbonne High School in Los Angeles where he led his team to four city championships and two state championships. He completed 176-314 passes for 3,133 yards and 29 touchdowns as a senior, and helped his team overcome a 21 point deficit in the 1-A CIF State Championship. He was rated as a three-star recruit by 247 Sports.

Chatman committed to Rutgers on May 15, 2017 as a part of its 2018 class, and was rated as the second best overall prospect in that class. He wound up redshirting as a freshman during the 2018 season before transferring to Portland State in the spring. Chatman was a teammate of Jelani Eason, who eventually transferred to Mississippi Valley State. He saw limited duty in 2019, but did throw a 16-yard touchdown pass in his only throw of the season against Eastern Oregon.

Now he heads to Atlanta, where he feels he’s found a fit on the football field as well  as off of it.

“There were a long of factors that came into making that decision,” he told HBCU Gameday. “(I) felt like the best fit me as a dual threat QB.”

“The value of a Morehouse Degree holds a lot of prestige and they have a great business program. Atlanta is a great/familiar location and an amazing place to help grow my clothing brand business, Ju$t Ca$h Clothing.”

Morehouse did not participate in football during the 2020-2021 academic year.