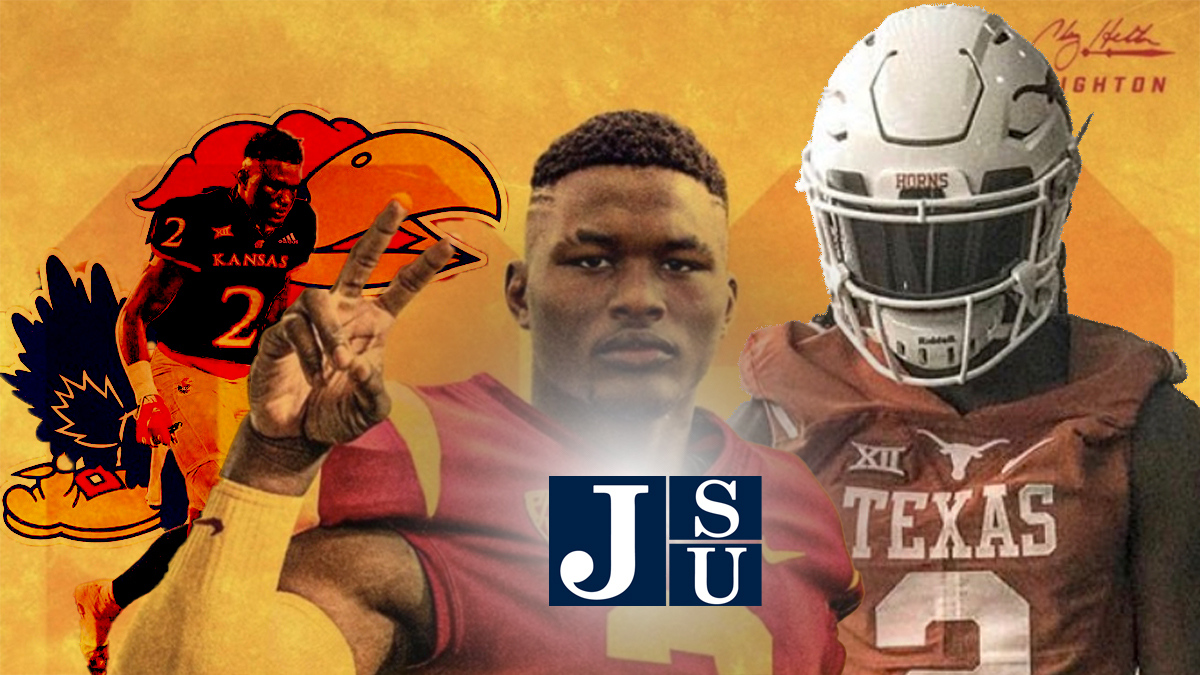 Quay Davis is a talented four-star receiver that has committed to several Power Five schools. He’s now headed to play for Deion Sanders.

Deion Sanders and Co. just landed another four-star for Sheduer Sanders and the JSU passing game.

Quaydarius Davis of Dallas is headed to JSU, according to 247Sports.com. He was released from his letter of intent from Kansas back in March after domestic violence allegations surfaced against him via social media.

“It’s going to be a great experience,” Davis told247 Sports of playing for Deion Sanders. “He’s a Hall of Famer. Not too many people get chance like that. He going to teach me a lot. I have to learn a lot. There is going to be a lot to it.”

Davis is a 6’0, 193 pound receiver who played his high school ball at Skyline HS. That’s the same school that produced Grambling great DeVante Kincade. He’s rated as the 23rd best wide receiver in the 2021 class according to 247Sports’ Composite rating system. Here’s what the site had to say about his abilities.

Stoutly built receiver with virtually college-ready size. Adequate to above average height and impressive build. Can play outside or in the slot. Field-stretching threat with physical style and competitive nature. Generally quick off the line. Proven ball-winner in 50-50 scenarios. Plays with impressive body awareness and adjustment skill. Elevates and positions himself to win in the red zone. Intensity and effort have shown in games and elite 7-on-7 situations. Faces strong competition in Texas Class 6A. Owns the play strength to be a factor as a blocker in the perimeter run game. Fairly sudden athlete in short-to-intermediate range with high ceiling as a route-runner. Functionally athletic on the field, but athleticism lacks verified context in track or combine categories. Can improve top-end speed. Gets on top of DB’s but can separate more consistently. Production dropped from sophomore to junior season, but rebounded in senior year. Production does not match other top-end TXHSFB wideouts. Athletically violent and plays with some wasted motion at times. High-major receiver prospect who could become multi-year impact starter with long-term NFL Draft potential.

JSU is the latest school to score a commitment from Davis, who has previously committed to four schools in less than three years. Here’s the timeline.

Davis will team up not only with Sheduer Sanders but also with Trevante Rucker, another four-star recruit straight out of high school.