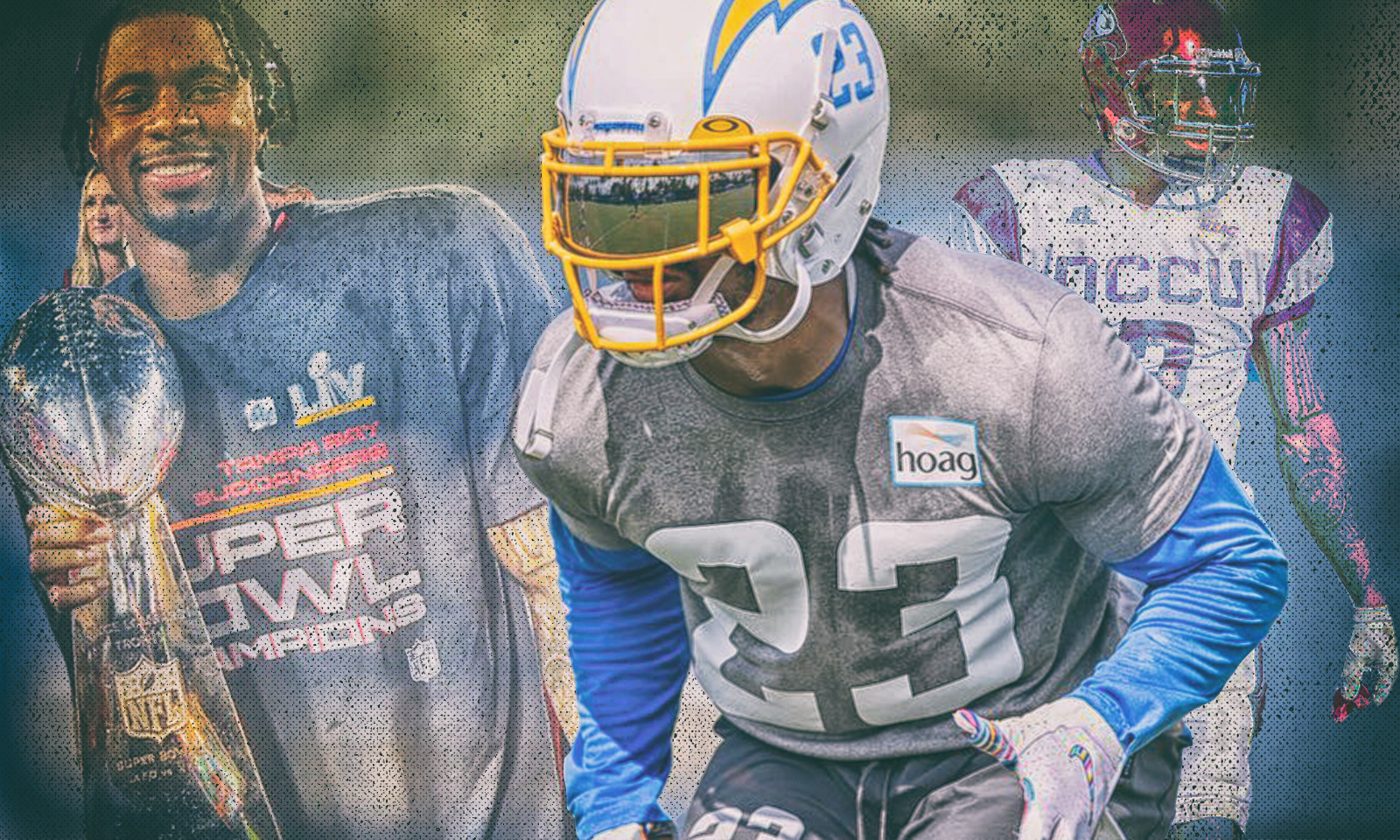 With training camp starting in a few weeks, Super Bowl IV Champion Ryan Smith will be ready to light up the NFL with Los Angeles Chargers.

With training camp starting in a few weeks, Super Bowl IV Champion Ryan Smith will be ready to light up the NFL with Los Angeles Chargers.

Ryan Smith signed a one-year deal with the Chargers during free agency after coming off an exciting year with the Tampa Bay Buccaneers. Smith was a staple on special teams for the Buccs. He had an undeniable impact on their Super Bowl LV run as he played 78% of the regular-season snaps. He also contributed a big stop in the NFC Wild Card game against the Washington Football Team that advanced the Buccs on their run for the Lombardi. In five seasons, Smith has posted 117 combined tackles, 12 pass deflections, four forced fumbles, and one interception across 73 games.

Smith tallied a team-high seven stops on special teams for the Buccs in 2019. His aggressiveness will instantly improve a struggling Chargers unit. He has been one of the best coverage backs for Tampa the past couple of years and LA is in need star in that department. The team struggled the most on kick returners, field goals, and punting and Smith should help turn things around.

COULD SMITH PLAY MORE AT CORNER?

Even though he lined up exclusively on special teams last year, Smith has 16 career starts at cornerback as well. The Chargers may very well use him at corner given his size and IQ in coverage. LA has brought in a new special teams coordinator in Derius Swinton II. He has 13 years of NFL experience coaching within this unit. Swinton II is an HBCU graduate hailing from Hampton University where he played basketball and football. The former Pirate has a great resume in the NFL as he has been credited for developing multiple pro bowlers. Smith may blossom even more under his wing.

Ryan Smith was a 2016 fourth-round draft pick for Tampa Bay and was the only North Carolina Central alum in the NFL last year. He made NCCU history when he became the first Eagle to win a Super Bowl in February 2021.