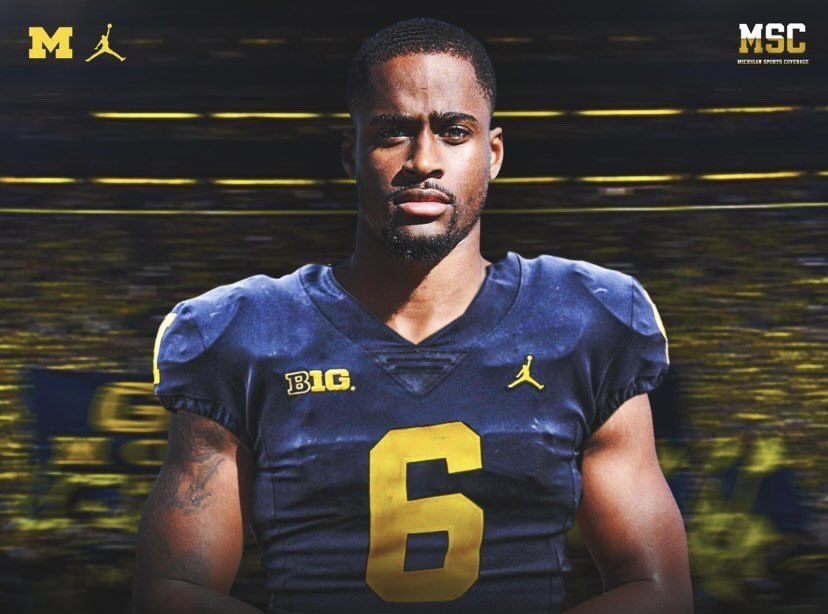 After one excellent spring at Jackson State under Deion Sanders, Daylen Baldwin is taking his talents to Michigan to play for Jim Harbaugh.

Baldwin announced on Monday that he will be continuing his college football career at Michigan. He made the announcement on Twitter.

The commitment comes one week after Baldwin went on a mini Big Ten tour of sorts. He visited Penn State, Ohio State, and Michigan before deciding to join Jim Harbaugh’s squad. He received positive reviews and offers from all three Power Five programs.

“It was definitely good,” he told 247Sports regarding the feedback from his Ohio State visit. “The feedback was good. Coach (Brian) Hartline had told me he can tell I actually work on my craft. They were telling me you can definitely be here, be part of the team, but the biggest thing for me making sure I’m actually on the field, making sure I’m playing wherever I’m at. I’m still considering what they said but they said you’re definitely good and we can get you to another level — to the next level and another level within yourself with developing and getting better.”

Since jumping in the transfer portal on June 1, he’s received his fair share of offers.

Central Michigan offered him. So did FCS schools like Gardner-Webb, Tennessee Tech and Albany in addition to SWAC schools Southern, Alabama State and Prairie View A&M.

That’s a far cry from a couple of years ago, when he struggled to get attention in the recruiting process. The 6’3, 210 pounder from Southfield, Michigan started his career at Morgan State University. He said MSU was the only D1 (FCS) school to offer him.

He spent his first two seasons at the MEAC school, catching 30 passes in 25 games and two touchdowns. Baldwin then transferred to JSU under head coach John Hendricks. He sat out the 2019 season after his transfer.

Daylen Baldwin played just six games at JSU but made a huge impact. He caught 27 passes (tying Corey Reed Jr. for the lead) for 540 yards and seven touchdowns. He hauled in a touchdown in five of the six games, and had three of them on six catches against Mississippi Valley State. Against Alabama  A&M in the season finale, he caught six passes for 135 yards and a score.