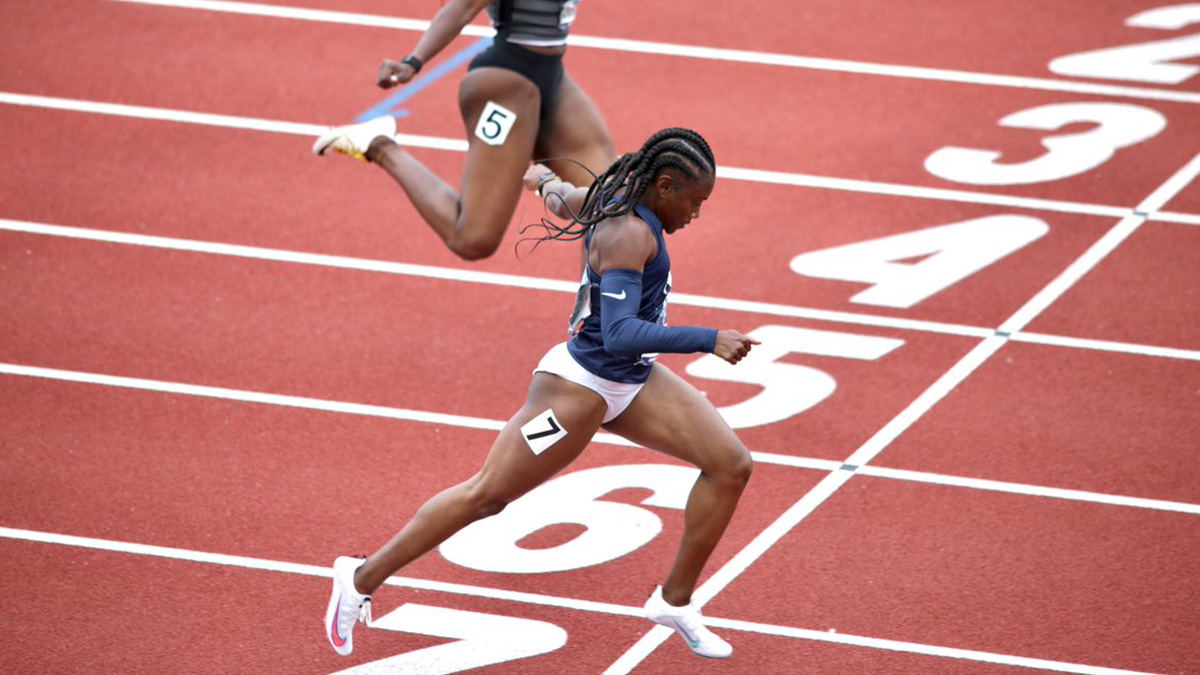 Cambrea Sturgis of North Carolina A&T cemented her status as the fastest woman in collegiate track history on Saturday night.

The sophomore from Kannapolis, NC won both the 100 and 200m national titles, and wrote her name in the record books. She ran a blazing 10.74 seconds in the 100m to claim the national title at Hayward Stadium.

That time was not only a personal best, but it also puts her just ahead of the record set by LSU’s Sha’Carri Richardson on June 8, 2019. Only 10 women have ever run faster times in history.  The time was wind-aided.

A little less than an hour later, Sturgis surged past the field to capture the 200m title with a time of 22.12.

Her 100m performance came on the heels of being part of A&T’s 4x100m relay team. The relay group finished third with a time of 43.03, finishing behind USC and LSU.

Sturgis wasn’t the only Aggie in competition on Saturday night. Madeline Akobundu and Tyjerica Robinson finished fifth and ninth, respectively, in the 100m hurdles.

Cambrea Sturgis repeated the dominance she’s shown all season, particularly at the MEAC Outdoor Track and Field Championships. She won both titles there as well. Earlier this month she was named Southeast Region Women’s Athlete of the Year by the United States Track and Field Cross Country Coaches Association.

The U.S. Olympic Team trials are likely next up for Sturgis. After her performance this season, including in Eugene, she has to be considered as a near-lock for Team USA.