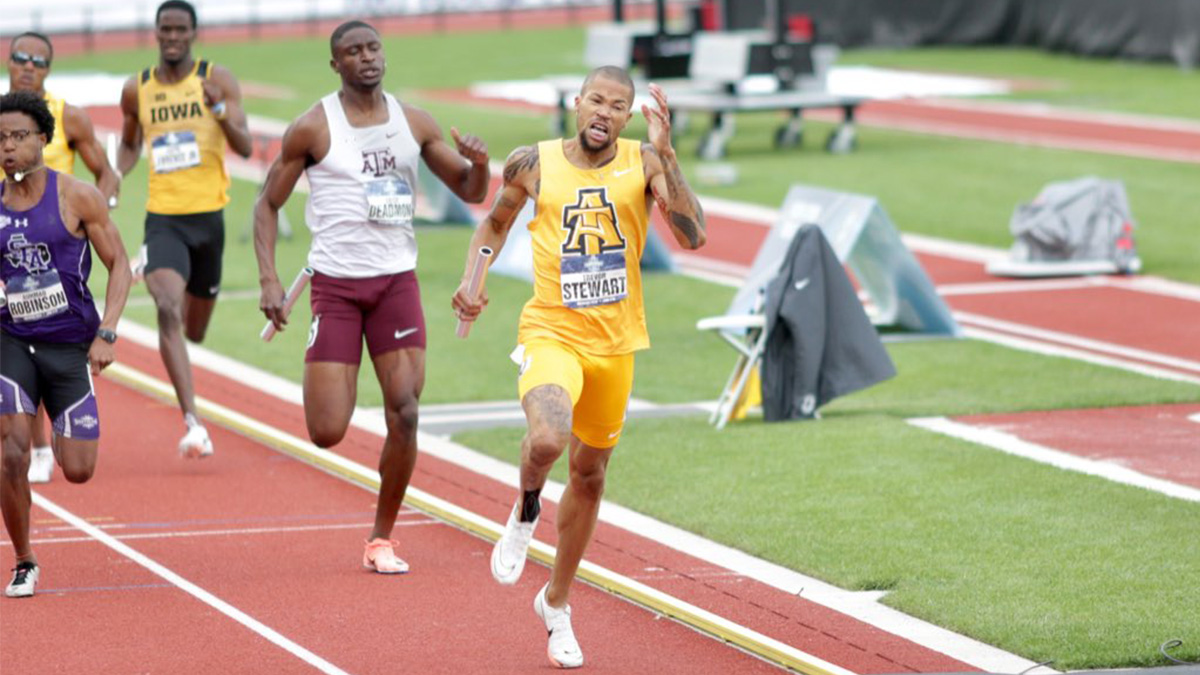 North Carolina A&T track didn’t become the first-ever HBCU to win a Division I title on Friday, but it reinforced the fact that it is, indeed, a national power at the highest level.

A&T scored 35 points on Friday night in Eugene, Oregon, finishing third at the 2021 NCAA Outdoor Track and Field Finals. That included two national championships: one by sophomore Randolph Ross in the 400m and another in the 4x400m relay to close out the night. LSU claimed the overall men’s national title with 84 points, followed by Oregon’s 53.

The foursome of Daniel Stokes, Ross, Akeem Sirleaf and Trevor Stewart clinched the outdoor title with a time of 3:00.92, just short of the time the quartet ran at the East Regionals. The outdoor title comes just a few months after the team won the 2021 NCAA Indoor Track and Field title.

Ross ran the second leg, and took A&T from sixth to first before handing the baton over to Sirleaf. Senior Trevor Stewart, who finished fourth in the 400m behind Ross and two other runners, brought the title home for A&T.

The 4×400 championship was not a surprise. In addition to its indoor title, twice this year, the Aggies have run the fastest 4×400 time in the world. At the East Regionals, the Aggies ran a 2:59.21.

Both Ross and Stewart had run the 400m just over an hour earlier. Ross’s title time of 43.85 is the fastest time in the world in 2021 and the third-fastest by a collegiate athlete in history.

A&T was the only men’s program from an HBCU to score a point at nationals.

The A&T women will look to make a run on Saturday, with Cambrea Sturgis looking to bring home three titles, including one as a member of the 4x100m relay squad.