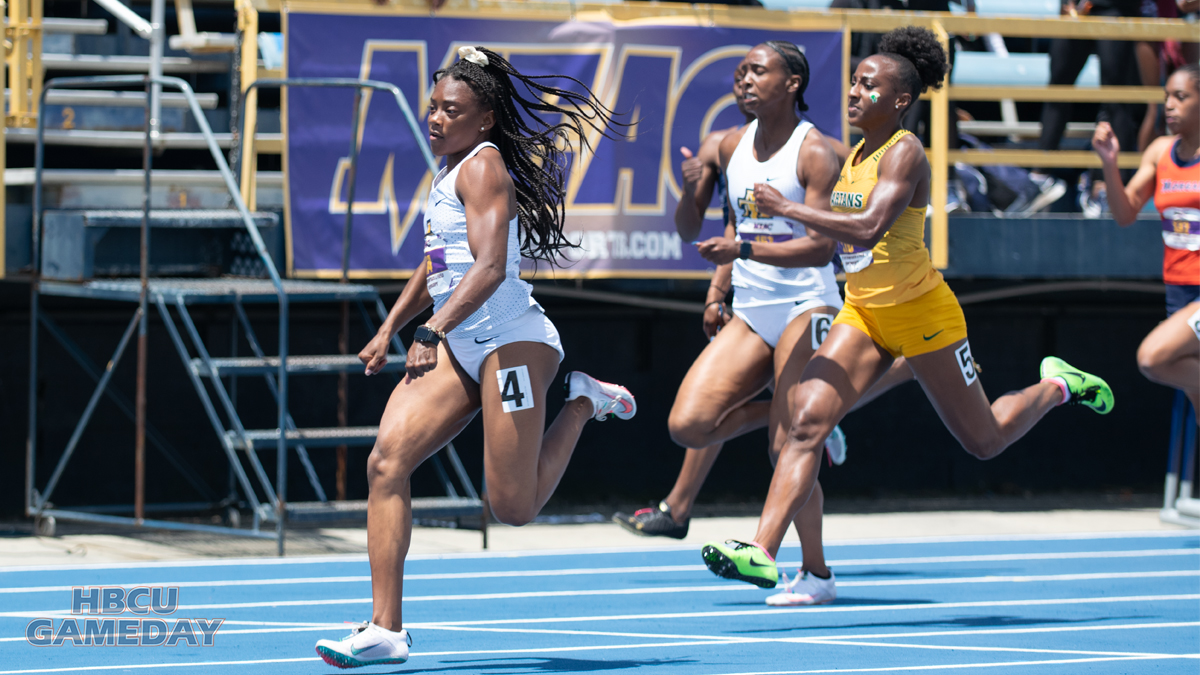 The North Carolina A&T track program is sending 18 athletes to nationals after the Aggie women, led by Cambrea Sturgis, match the men’s performance.

The men of the North Carolina A&T track program put on a Friday night show that was a tough act to follow. But the women’s program showed it could keep pace in Saturday afternoon’s East Regionals in Jacksonville, FL.

Nine members of the women’s program advanced to nationals on Saturday night, matching the number of competitors that the men will send to Eugene Oregon.

Leading the way, once again, was sophomore sprinter Cambrea Sturgis. She will compete in both the 100m and 200m sprints as well as the 4x100m relay. Sturgis posted the fastest qualifying time in the women’s 100-meter quarterfinal, winning her heat in 10.92.

Sturgis rose to the occasion in the last 20 meters, pulling away LSU’s Symone Mason to record the second-fastest 100m time in NCAA east regional history. It was a personal best and the ninth-fastest collegiate time ever recorded. She set a new Hodges Stadium facilities record, one previously held by LSU’s Sha’Carri Richardson, and briefly held by Tamara Clark of Alabama for about three minutes.

She will be joined in the 100m nationals by teammate Kamaya Debose-Epps, whose 11.31 was a personal best and good for the final qualifying spot.

A&T track will also have a trio in the 100m hurdles. Seniors TeJyrica Robinson (12.83) and Madeleine Akobu (12.84) both ran personal bests to finish second and third in the event behind LSU’s Tonea Marshall. A&T junior Paula Salmon’s 12.89 was good for sixth, sending her to Eugene as well.

The A&T women took care of business in the relays as well. The 4x100m relay team ran a season-best 42.92 time, which would have set a new facility record if LSU didn’t run 42.63. But, again, the A&T women will have their shot in Eugene, Oregon.

The 4x400m relay wasn’t as dominant for A&T, but it still managed to qualify with a 3:34.72, good for the last spot into the nationals. It finished behind Howard as it did in the MEAC Championship in Greensboro.

Nevertheless, the A&T women showed once again that they can run against anyone. They will get a chance to prove it in two weeks at nationals. The National Championships will be held in Eugene, Oregon on June 9-12.