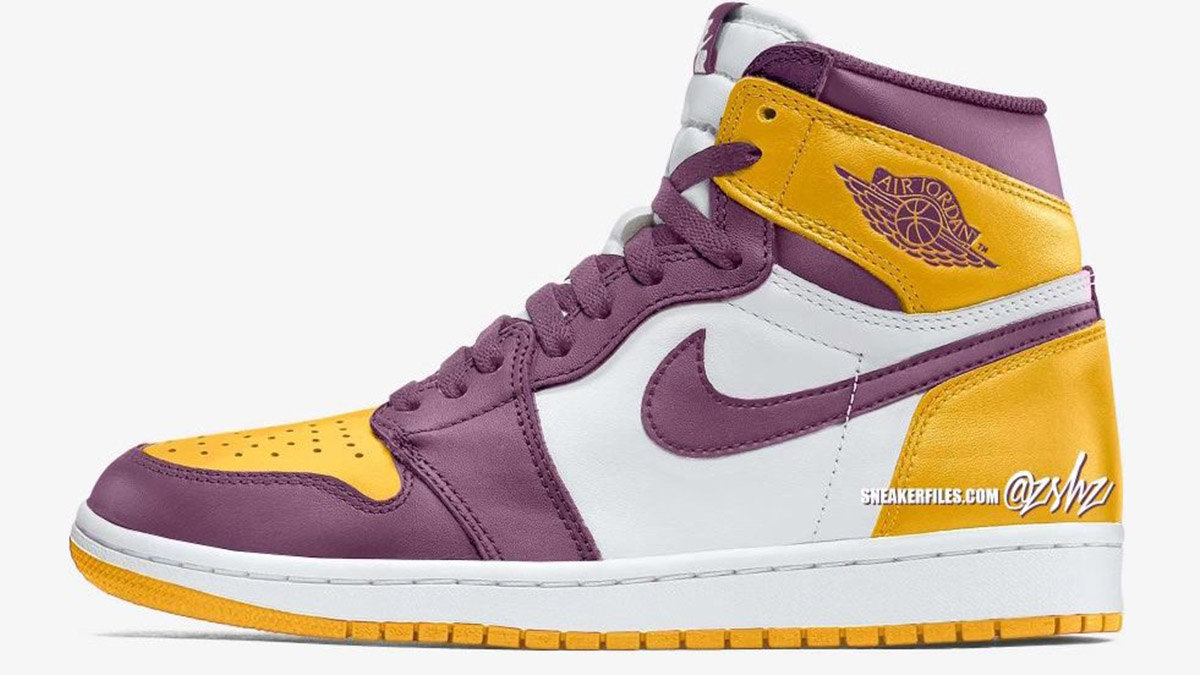 The shoe paying homage to Michael Jordan’s fraternity is set to be released in 2022.

I haven’t considered myself a zealot of American sneaker culture since1988, but even a curmudgeon like me can respect a sweet colorway on the Air Jordan 1. I understand HBCU culture a little better and I have little doubt in my mind that the forthcoming “Omega Psi Phi” Jordan’s will be the hottest thing in HBCU circles since Chris Paul in the bubble.

The colorway version, reported to be released in 2022, is largely being discussed as very “Laker-like” in online articles. But thankfully those folks in the comments know what time it is. The purple and gold scheme pays homage to Omega Psi Phi Fraternity Inc., of which Jordan is a member.

Here’s one even better. We caught up with Dr. Jemayne L. King, an assistant professor of English and Black Studies at Johnson C. Smith University. King teaches, tweets, and writes about sneaker culture with his Sole Food brand. He gave us these nuggets on Friday’s news.

“To ride the momentum of sneaker culture’s current trends, Nike is releasing as many colorways of the Air Jordan I as possible. This includes rehashed colorways and ones that attempt to correlate to an aspect of Michael Jordan’s life. An example of this correlation is the Air Jordan 1 High “Omega Psi Phi.” This colorway takes inspiration from Omega Psi Phi’s official fraternity colors. Jordan became a member of the Omicron Alpha chapter of Omega Psi Phi Fraternity, Inc. In Wilmington, North Carolina in 1987—one month post his 37.1 point per game season average,” said King.

While some of us have knowingly or unknowingly walked a mile or two in some “Air Gordon’s” the bootleg market has been put on alert. King explains Nike’s recent efforts to protect its authenticity.

“This release is also significant because Nike trademark protected the silhouette on June 1, 2021, to block pirating brands—including but not limited to—Somewhere in America (SIA) and Kool Kiy—who Nike believes is infringing on their intellectual property. Nike expects New Air Jordan 1 High colorways will overshadow pirated versions.”

We leave you with this to ponder. When “Atomic Dog” hits and the Ques rush their way to the middle of the crowd, who’s going to be the first to crease the J’s? Inquiring minds want to know.