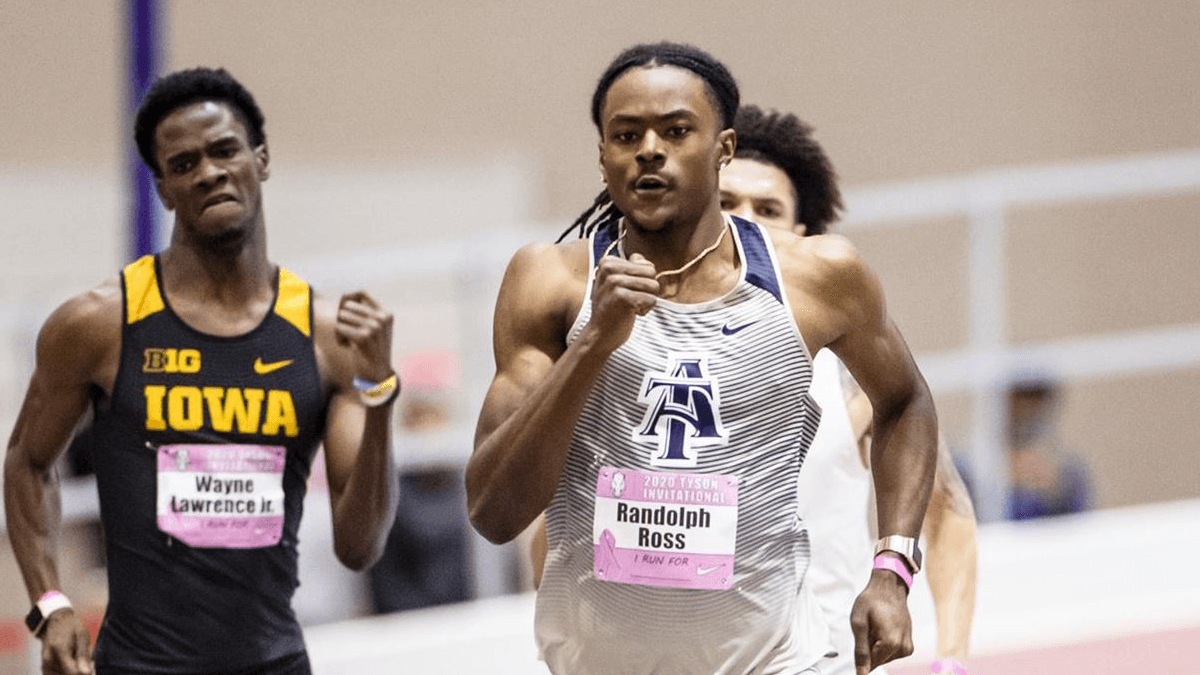 North Carolina A&T sophomore sprinter Randolph Ross came into the NCAA championship as the favorite to win it all. And he more than lived up to it on Friday night.

Ross crossed the finished line in the 400m with the third-fastest time in NCAA history to become a national champion. His time of 43.85 is the fastest time in the world in 2021.

Two years ago, Randolph Ross went viral by choosing North Carolina A&T over several Power Five programs. The son of A&T head track and field coach, Duane Ross, he has shown throughout his short career why he was so highly sought after.

He ran the fastest time 400m mark of 2020 during the indoor season, just a few weeks into his collegiate career. The COVID-19 pandemic pushed Ross and the rest of collegiate track of course, but Ross has shown up even better in 2021.

Ross finished second this year at the NCAA Indoor Track and Field championships, falling a few tenths of a second short of LSU’s Williams. He will likely be a favorite at the Olympic trials as well.

Both Ross and Stewart are set to participate in the 4×400 meter relay to cap off the night. The A&T quartet has twice ran the fastest time in the world in 2021 and could very well do it again to bring home the outdoor title.

North Carolina A&T’s 4×100 relay team finished fourth earlier in the evening with a time of 38.60.