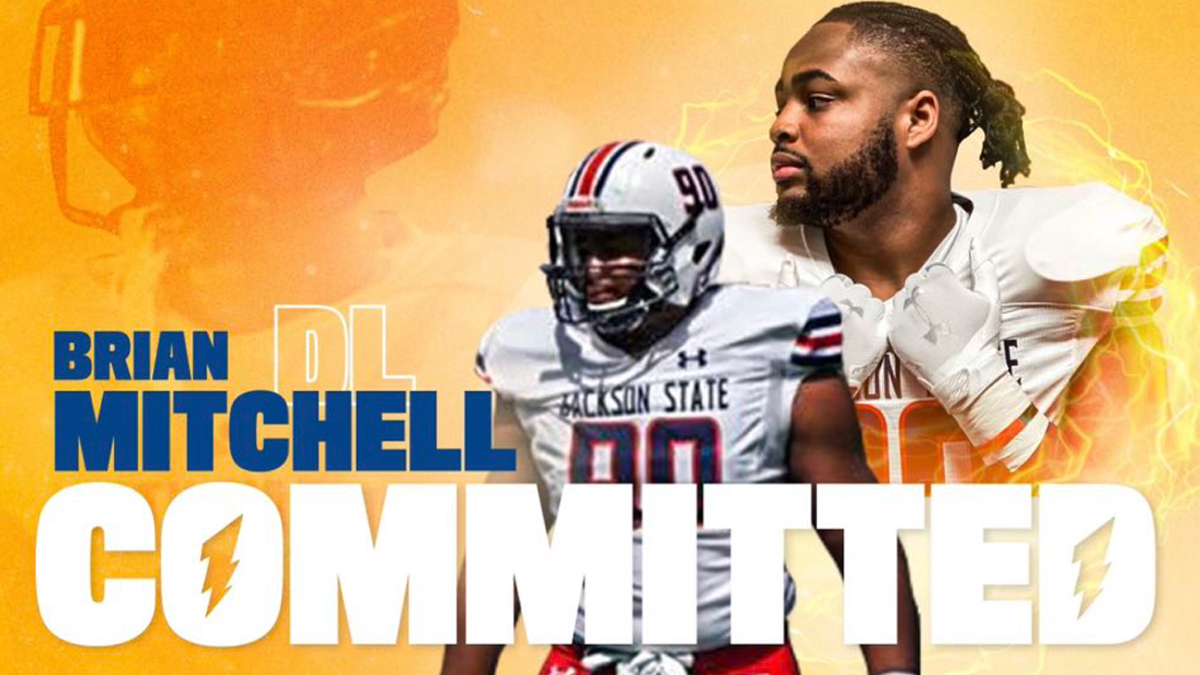 Brian Mitchell II has experienced three head coaches during his matriculation at Jackson State. Now the defensive lineman will look to stick elsewhere.

For the second time in a matter of days, a former Jackson State defensive lineman has found an FBS home.

Brian Mitchell II will be taking his talents to Kent State University. He announced his commitment on Monday afternoon.

“After much consideration and conversations with my support system,  I have decided to commit to Kent State University,” Mitchell tweeted. “Thank you Head Coach Lewis for the opportunity!!”

Mitchell is a 6’5, 265 pound defensive lineman from Mobile, Alabama. He started his career in 2017 under head coach Tony Hughes. He stuck around for the John Hendrick regime and played this spring under Deion Sanders.

Mitchell played in four games this spring, recording four tackles and a sack. That was a bit of a fallback from his 2019 season, when he had 12 tackles and four sacks for JSU.

After announcing his decision to enter the transfer late last month, he picked up several offers. Some included D2 schools like Delta State, Shaw and Fayetteville State. There were other FCS schools interested like Prairie View A&M, Alabama State, Montana State and North Alabama. Mitchell reported an offer from Kent State on June 6, which he ultimately accepted.

Mitchell’s commitment comes on the heels of former teammate Rasheed Lyles’ announcement that he will be headed to the FBS as well. Lyles will be transferring to Louisiana Tech. The school is located less than an hour from his hometown in the same state.

With the big recruiting class that Jackson State has brought in as well as the transfers the program has landed, the amount of coming and going shouldn’t be too surprising. Sanders pretty much alluded to it during a SWAC weekly media session earlier this year.

“Our evaluations are done 100 percent,” Sanders said. “We’re thankful that we had an opportunity to have the spring so that we can do pretty much an on-the-job interview. A live interview with referees, fans and everything and we’re thankful about it.”