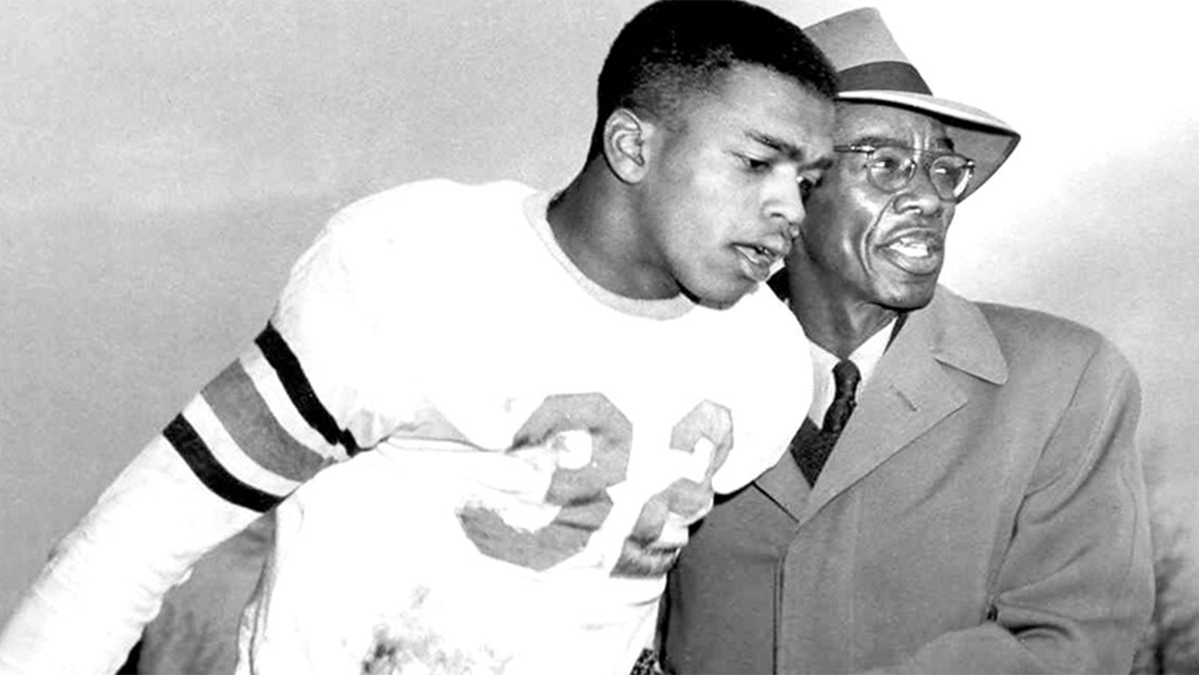 Edward Hurt led his Morgan State program to 11 undefeated seasons and 14 conference titles, but he’s still on the outside-looking-in at the College Football Hall of Fame.

When the names of great college coaches are recalled, Edward Hurt is rarely listed among them these days. And that’s a problem.

The long-time Morgan State football and track coach has once again been placed on the College Football Hall of Fame ballot. He’s one of several HBCU legends on the ballot this year, and perhaps, the most overdue.

Hurt’s Morgan State teams of the 1930s and 1940s were some of the most dominant in college football history. From 1931 to 1938 his Bears never lost a game, for a total of 54 games in a row without a loss. Overall, his teams at Morgan finished with 11 unbeaten seasons, including a 1943 team that did not allow an opponent to score. He led the program to 14 CIAA football championships from the time he arrived from a short stint teaching and coaching at Virginia University of Lynchburg in 1929 until he retired in 1959.

And that’s just what he did on the football field. He also turned Morgan State into one of the first HBCU track juggernauts. His team’s won 13 CIAA championships, eight NCAA champions, three NCAA relay championships and one Olympic gold medalist in George Rhoden. He also led the basketball program to four CIAA visitation basketball titles.

His resume is impressive, to say the least. So why is he not in the College Football Hall of Fame already?

The unfortunate truth is that coaches like Hurt and Hampton’s Gideon Smith (who is also nominated once again) consistently have their achievements underappreciated. HBCU coaches that spent most, if not all, of their careers prior to the NFL’s integration in 1946 generally are disregarded. Not only by the mainstream but amongst the HBCU community as well. Neither Eddie Hurt nor Gideon Smith are in the Black College Football Hall of Fame as of June 2020.

For the first twenty years of Hurt’s career, his best players were denied the opportunity to play in the NFL. Coaches like Eddie Robinson, Jake Gaither and John Merritt have all been given their due for their team’s successes on the field and producing pros. But those men, if they were here today, would tell you that they stand on the shoulders of greats like Hurt and Gideon.

Hurt did manage to produce two Pro Football Hall of Famers. Len Ford and Rosevelt Brown are both members of the hallowed hall. But there is no telling how many more he would have had in the 1930s and 40s had been allowed to play in the NFL. Names like Thomas “Tank” Conrad, Brutus Wilson and Otis Troupe could have played football at the highest level if they were allowed, but it wasn’t an option.

Yes, Morgan was blessed with talent under Edward Hurt. With no SEC or ACC recruiting black athletes, he pretty much had his pick of athletes east of the Mississippi River. But Hurt was also lauded as a master tactician and strategist. The Howard alumnus was a math wizard who used both sides of his brain while mapping out plays.

“It’s all a matter of timing,” he told the AP in 1937 as his team continued to dominate. “In science, you won’t be satisfied with anything less than exactness. You need the same exactness in coaching a football game. You see, football is just applied mathematics.

Had Hurt had a different hue and the same coaching resume at Maryland or Penn during the same era, he would have been one of the founding members of the college football hall of fame. Or if he had four or five Pro Football Hall of Famers, he’d likely be in there as well. But unfortunately, because he did it at a black college with nothing on film, his accomplishments seemingly don’t quite measure up.