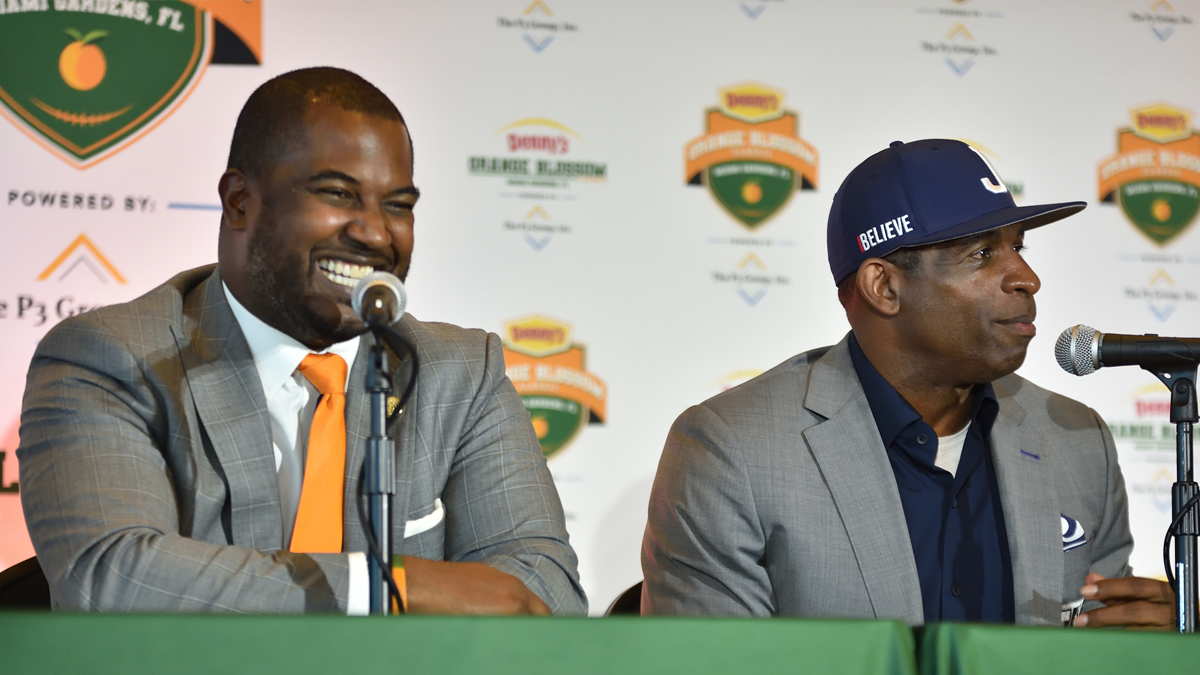 The Orange Blossom Classic between Florida A&M and Jackson State University will be showcased on ESPN2 this Sept. along with two other HBCU contests.

The highly-anticipated matchup between Jackson State and Florida A&M in the 2021 Orange Blossom Classic will have a very large platform.

The game between the two HBCU football titans and soon-to-be SWAC rivals will be broadcast live on ESPN2. The game will take place on Sept. 5 at 3 PM at Hard Rock Cafe Stadium in Miami Gardens, Florida.

The game marks the return of Florida A&M football after a nearly two-year layoff due. FAMU opted out of football for the 2020 fall and 2021 spring campaigns. It finished 9-2 during the 2019 campaign, its final season of competition in MEAC football. FAMU will officially join the SWAC on July 1, 2021.

Jackson State did participate in football during the spring. All six of its contests appeared on the ESPN family of networks. The first two, wins against Edward Waters and Grambling State, were streamed on ESPNU. The following pair of games — a win over Mississippi Valley State and a loss against Alabama State — were both broadcast live on ESPN2. Each of JSU’s final games — losses to Southern and Jackson State — were both broadcast on ESPN.

The Orange Blossom Classic will be one of two HBCU games broadcast on the network that day.

Fort Valley State and Tuskegee of the SIAC are scheduled to meet up following that game in the first-ever Red Tails Classic. The game is owned and operated by ESPN like the MEAC-SWAC Challenge and the Celebration Bowl. The game will be played in the Cramton Bowl in Montgomery, AL.

“The history of this outstanding HBCU institution is accented with the important role the Tuskegee Airmen played in World War II,” ESPN senior vice president of college sports programming Peter Derzis said earlier this year, “and serves as a great source of pride that we hope to highlight within this nationally televised event.”