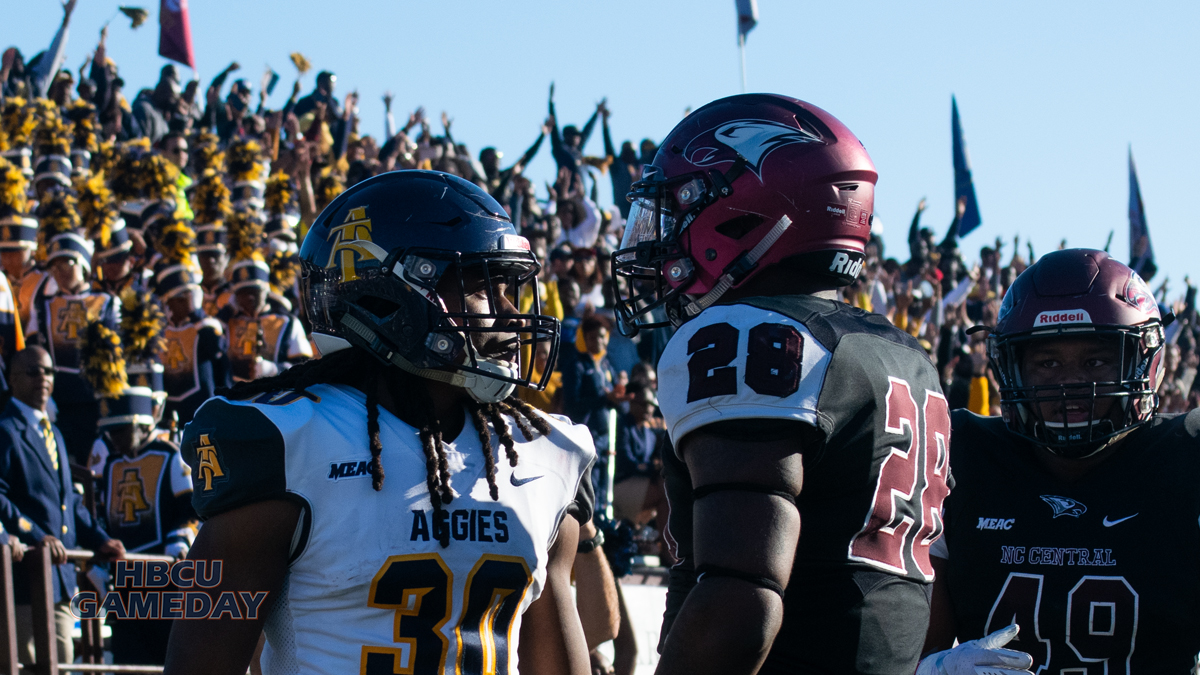 As first reported by HBCU Gameday, North Carolina A&T and North Carolina Central will play in Bank of America Stadium in the Duke’s Mayo Classic twice.

CHARLOTTE, N.C. — The Charlotte Sports Foundation (CSF) announced on Tuesday that North Carolina A&T State University will play North Carolina Central University in the Duke’s Mayo Classic to open the 2022 and 2027 seasons at Bank of America Stadium. Exact dates and times along with events information will be released in the future.

The news was first reported by HBCU Gameday.

100 Black Men of Greater Charlotte and the Leon Frank Agency will be partnering with CSF for the matchup, working on events and business development.

Next year’s game will be the third time that the 97-year rivalry has been played in Charlotte, and just the second time since 1990. The two teams played at Memorial Stadium on October 4, 2008 in front of 20,180 fans. The teams also played in Charlotte in 1990.

The rivalry dates back to 1924 when NC A&T tied NCCU, 13-13, in Durham, North Carolina. The Aggies lead the series 52-34-5.  NC A&T has won 21 of the last 29 meetings. NCCU has won seven of the last 14 contests, including three of the last six, but the Aggies have three straight victories over the Eagles.

“We are very proud to bring the storied rivalry of NC A&T and NC Central to Charlotte in 2022 and 2027 for the Duke’s Mayo Classic,” said Danny Morrison, Executive Director of the Charlotte Sports Foundation. “Hosting such a longstanding rivalry between two HBCU schools is an honor and privilege for CSF, our partners, and the city of Charlotte. We look forward to working with 100 Black Men of Charlotte and the Leon Frank Agency to impact the community through new initiatives and events around the games. We are excited to welcome Aggies and Eagles fans to the Queen City for great fun and football to kick off the 2022 and 2027 seasons.”

“We are looking forward to taking one of college football’s great rivalries and moving it to the Queen City of Charlotte,” said NC A&T Director of Intercollegiate Athletics Earl Hilton III. “We want to thank the Charlotte Sports Foundation, North Carolina Central University and Duke Mayonnaise for putting together the game. The city of Charlotte has thousands of residents who are either Aggies or Eagles, so the excitement surrounding the game will be intense.”

“We are thrilled about this opportunity to compete in Charlotte at Bank of America Stadium,” said NCCU Director of Athletics Dr. Ingrid Wicker McCree. “This will be a fantastic experience for our student-athletes, students, university community and fans. We have a solid alumni and fan base in the greater Charlotte area and we are excited about bringing this game to their back yard.  We want to thank the team from Charlotte Sports Foundation for hosting this event for these two great institutions.”

“Duke’s Mayo partnered with the Charlotte Sports Foundation to help create impact and add our southern flavor in the communities that have supported us for over 100 years,” said Joe Tuza, President & “Captain Condiment” at Sauer Brands Inc. “This is an exciting rivalry and we’re looking forward to NC A&T and NCCU in the 2022 Duke’s Mayo Classic game.”