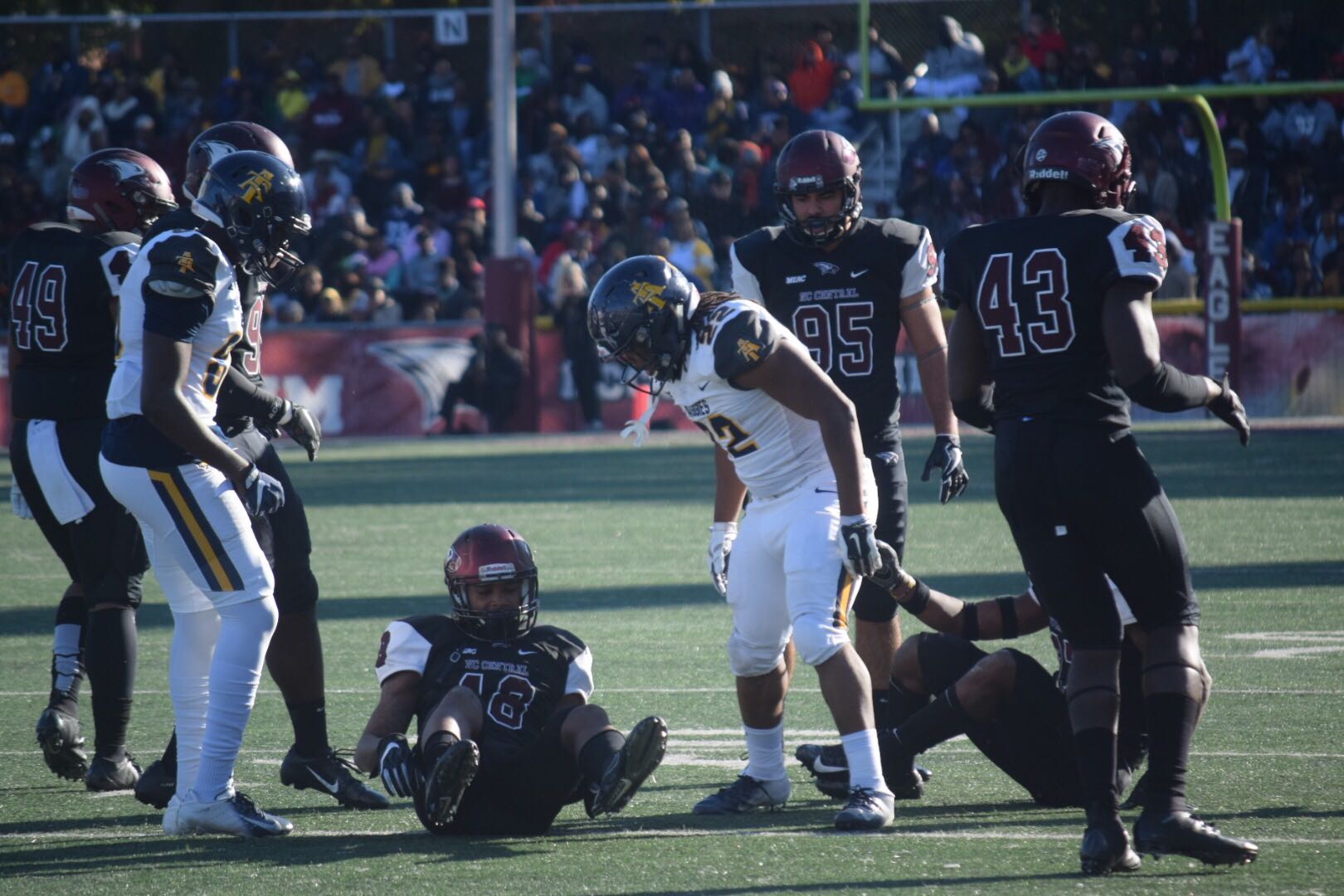 North Carolina A&T and North Carolina Central are set to meet up in Bank of America Stadium twice this decade, a source tells HBCUU Gameday.

A source tells HBCU Gameday that North Carolina Central and North Carolina A&T will take their football rivalry to the largest city in North Carolina at least twice in the next decade. The game will be played at Bank of America Stadium in 2022 and 2027 as part of the Duke’s Mayo Classic.

The 2022 game will be the fourth time that the 97-year rivalry has been played in Charlotte, and just the second time since 1990. The two teams played at Memorial Stadium on October 4, 2008 in the last neutral-site Aggie-Eagle Classic. Charlotte also hosted the game in 1989 and 1990. This will be the first time it has been played in the home of the Carolina Panthers.

From 1994 through 2006, the two schools met every year in Raleigh at Carter-Finley Stadium. The game was a huge hit attendance-wise, despite the fact that A&T dominated on the field.

Since that 2008 game in Charlotte, the meeting of North Carolina’s two largest historically black colleges and universities has been played as a home-and-home series since 2009. The two have had several fierce battles in recent years as rivals in the Mid-Eastern Athletic Conference (MEAC). A&T is leaving the MEAC at the end of June, but the two rivals recently agreed to a 10-year agreement to play each other as non-conference rivals.

The Aggies lead the series 52-34-5, dating back to both program’s time in the CIAA.  NC A&T has won 21 of the last 29 meetings. NCCU has won seven of the last 14 contests, including three of the last six, but the Aggies have three straight victories over the Eagles.