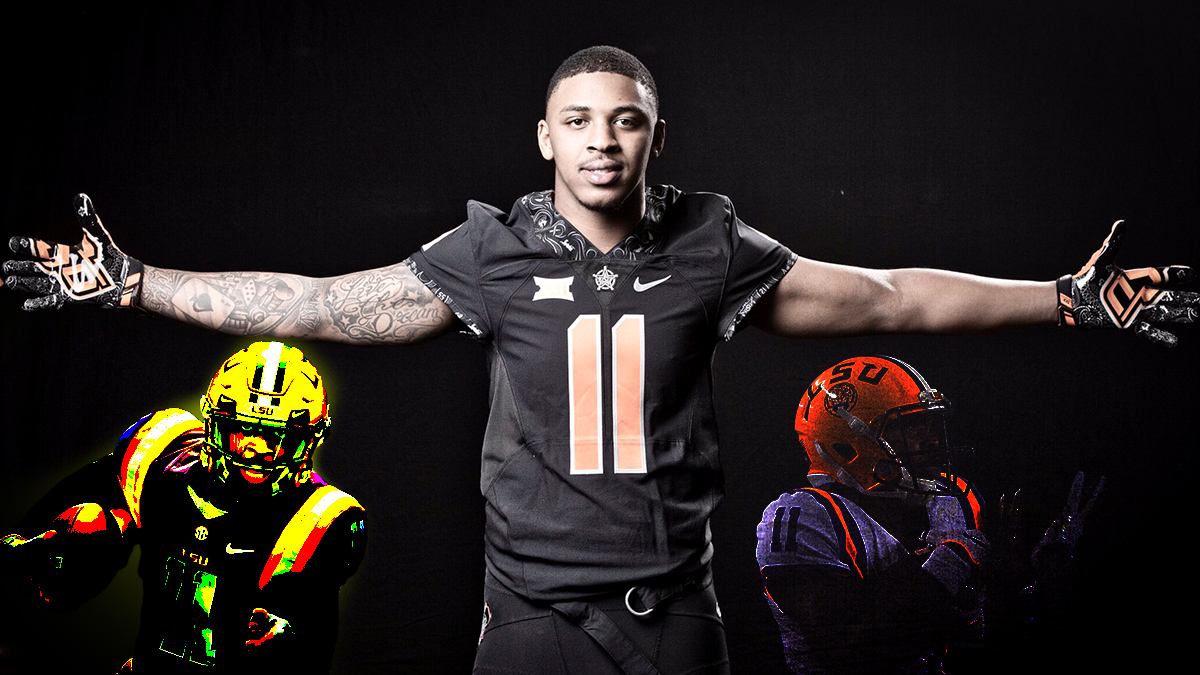 Dee Anderson started his career off in the SEC with LSU. He then hit the Big 12 with Oklahoma State. Now he’s headed to the SWAC to join the champs.

Former LSU receiver Dee Anderson is taking his talents to the SWAC champs.

The former LSU Tiger and Oklahoma State Cowboys wide receiver has committed to Alabama A&M. AAMU announced he will be joining the program on Twitter.

Anderson will be a big target for AAMU quarterback Aqeel Glass, figuratively and literally. He stands a towering 6’6, and weighs 230 pounds and was rated a composite four-star rating by 247Sports in the Class of 2016.

Anderson committed to LSU just ahead of his junior season (2014) at West Mesquite High School in Texas. He then transferred to DeSoto High School, where he was denied athletic eligibility for his senior season. He hauled in a total of 27 receptions for 392 yards and one touchdown in 12 games during his three seasons in Baton Rouge.

Anderson did not see the field during LSU’s 2019 national title run after being suspended early in the season for a conditioning issue. He moved on to OSU as a grad transfer in 2020 where he played in six games as a reserve, catching one pass for 14 yards.

Now he joins an Alabama A&M fresh off a SWAC championship in the spring with a highly potent offense.

Glass was a finalist for the Payton Award and will no doubt be a contender in the fall season.

Add in Anderson, and defending AAMU just got that much rougher on the SWAC.