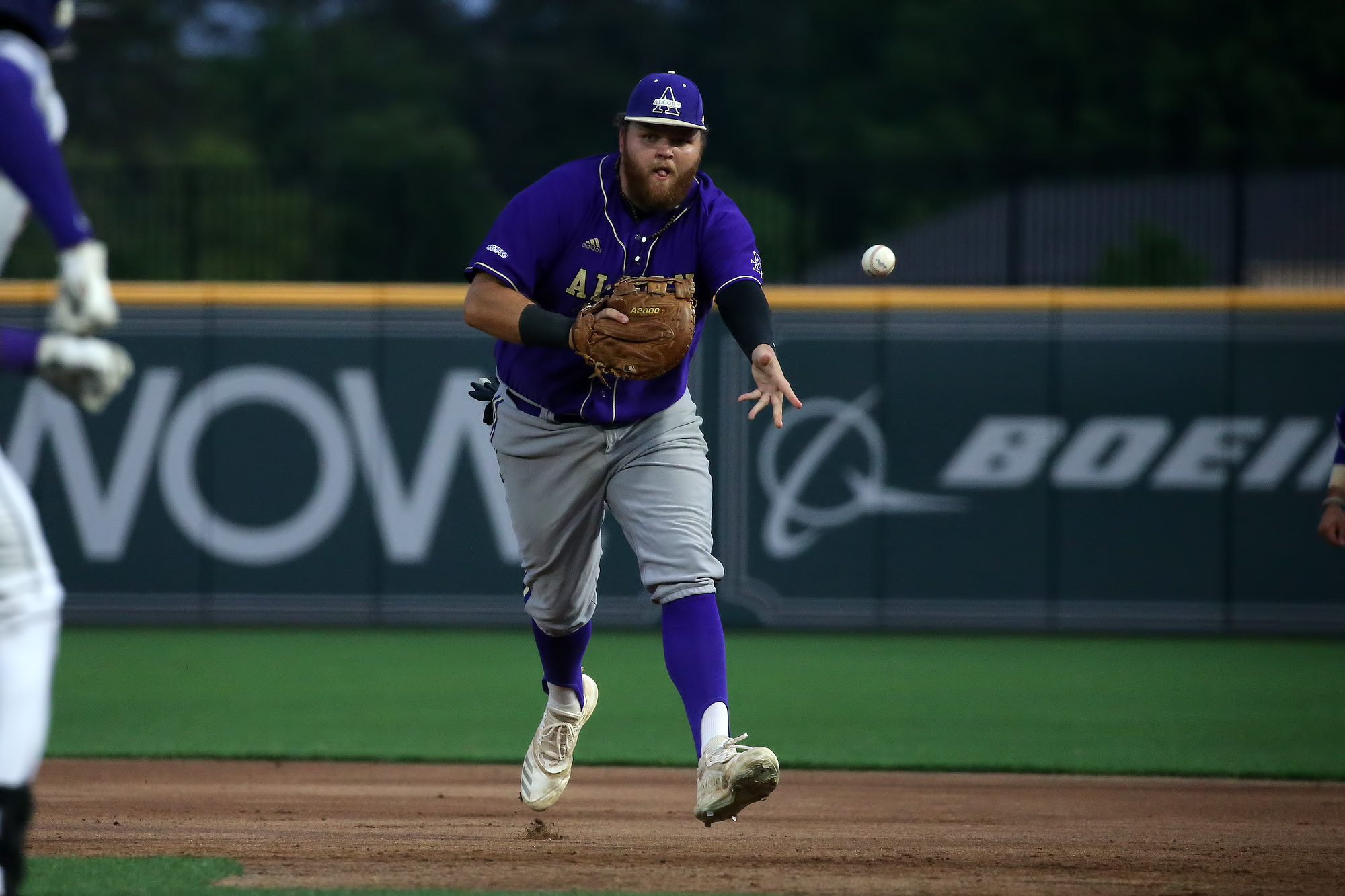 The victory was seven years in the making

MADISON, Ala. –  The Alcorn State University baseball program ended a seven-year streak in dramatic fashion Thursday afternoon, defeating Alabama State for the first time since 2014 to eliminate the second-seeded Hornets and advance in the SWAC Tournament, 3-2.

The Braves (7-19, 6-16 SWAC) got major contributions from the trio of Tristin Garcia, Kobe Head and Lane Gordon with Tyler Smith and Tyler Daniels playing underrated roles in the win.

Garcia continues to put up video game type numbers for the Purple and Gold, going 3-for-5 with both of the team’s RBIs plus adding a double and a stolen base to the ledger as he came through when the Braves needed him time and time again. The slugging second baseman saw his career batting average jump to .379 which is now top-ten on the program’s all-time list as well as moving into 38th on the team’s hits leaderboard at 114.

Kobe Head put together his best performance of his freshman season on “The Reservation”, tying a season-high with seven superb innings pitched and not walking a single batter for the first time in his career. The right-hander from Monticello, Georgia earned his third win of the campaign to lead the club and did so despite only striking out one batter.

Lane Gordon came out of the bullpen to begin the eighth and hammered home the victory, hurling two scoreless frames while allowing just two runners and fanning two others to notch the first save of his Alcorn tenure.

Tyler Smith may have only gotten one hit but he was still able to wreak havoc on the basepaths, scoring twice and swiping second.

Leadoff man Tyler Daniels consistently worked his way on-base, recording two walks and a single while coming inches shy of a steal before sliding off the bag.

Alabama State (23-19, 14-7 SWAC) received seven of its nine hits from only three Hornets batters as Chris Lewis, Santiago Garcia and Dale Francis produced all of the important stats including a solo home run (Garcia), two RBIs (Garcia), a double (Lewis) and a stolen base (Francis).

ASU used three pitchers on the day and they all pitched fairly well, combining for 12 strikeouts, six hits allowed and just one earned run given up but it was not enough to topple the Braves.

Coach Richardson and the Baseball Braves will now look to continue its underdog story Friday at high noon against the loser of the Southern vs. Prairie View A&M contest.