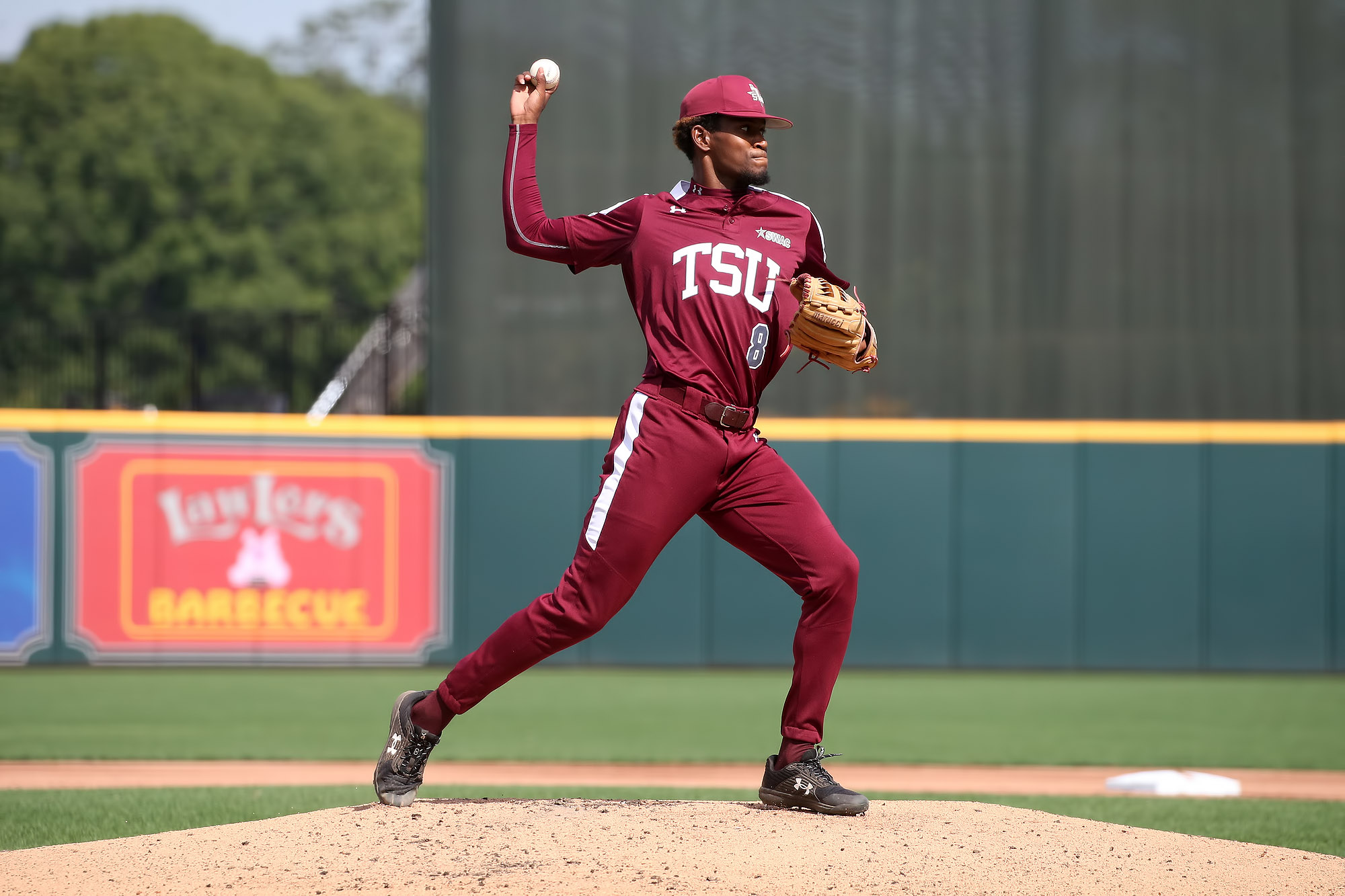 Tigers put double digit runs on the board

MADISON, Ala. – Texas Southern quickly regrouped after its opening round SWAC Tournament loss with a strong offensive performance in a 12-7 win over Alabama A&M Thursday morning at Toyota Field.

TSU quickly took care of business to open the first inning as Oscar Ponce recorded a sac fly followed by Nic Garza’s RBI single for a 2-0 lead. AAMU changed pitchers after hitting leadoff batter Michael Goudeau to open the second but the change didn’t affect TSU as Parker DeLeon hit an RBI double for a 3-0 margin. Justin Cooper, Tyrese Clayborne and Ponce all recorded RBIs which extended the lead to 5-0. Juan Sanchez closed the inning out with an RBI single for a 6-0 advantage.

AAMU scored an unearned run in the second but TSU responded in the third as Jordan Vidato led the frame off with a double and scored on Goudeau’s RBI single. The Bulldogs would draw to within 7-3 after a four-hit third but a pair of AAMU errors in the fourth led to another TSU run for the 8-3 lead. Garza and Vidato and Goudeau combined to drive in four runs in the sixth as TSU’s lead grew to 12-3.

Three Texas Southern walks and a hit batter fueled a four-run sixth inning for Alabama A&M as the gap closed to 12-7. TSU would settle down with A.J. Winger on the mound in the seventh as he pitched two innings of scoreless ball while only allowing one hit. Caleb DuBois and Jesse Garcia also saw action as they both held AAMU hitless to close out the contest.

Brian Williams earned the win for TSU as he struck out three in 5.1 innings of action. Garza led TSU with a 4-for-6 outing from the box while also driving in two RBI and scoring once. Ponce returned to form with a 2-for-4 performance at the plate which also included three runs and two RBI while Vidato had two hits and two RBI.

TSU is back in action on Friday morning at 9 a.m. against the loser of the Jackson State/Grambling State contest. The contest will be streamed on YouTube.