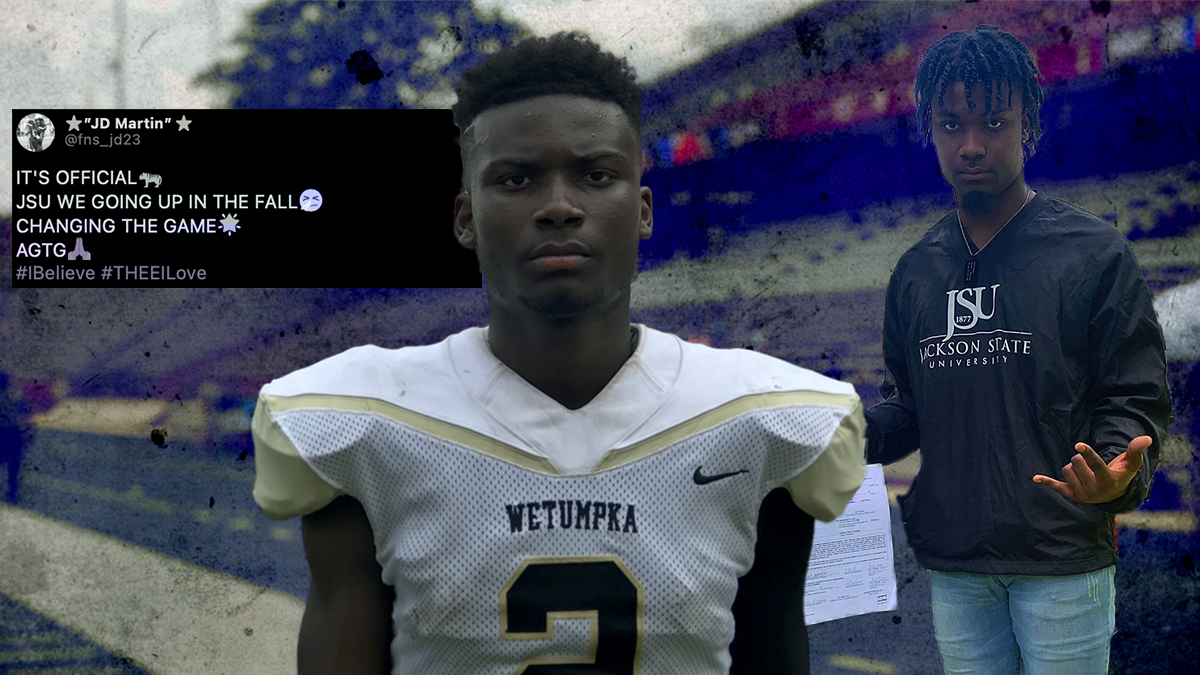 Deion Sanders and his quest to find players to fill his Jackson State roster may have unearthed a diamond.

Over the weekend Jackson State got commitments from two players — a four-star from the class of 2021 and a JUCO athlete in JD Martin that has been on the SEC’s radar for years.

Martin was once one of the top recruits in the state of Alabama after putting up 3,374 yards of offense and 35 touchdowns as the Wetumpka (AL) quarterback. but an ACL tear forced him to miss his entire senior season. He eventually signed with Florida Atlantic, but never suited up for the Owls.

Instead, he found his way to East Central Community College in Mississippi. He finished 10th in the country in total rushing yards and eighth in rushing yards per game during the 2019 season. He sat out last season, but got offers from Nebraska, Maryland and West Virginia in 2020.

“It feels like I’m back to the same,” Martin said. “This is college level football and I feel like I did really good. I know I have potential to go big D-1.”

As a player that has had more than a dozen FBS offers, a lot of people would agree with Martin. He initially committed to JSU in January, but reportedly had “conversations” with Alabama, per 247 Sports. This weekend, however, he re-commited and looks to be ready to join Deion Sanders in his first full season at the helm at JSU.

Martin played quarterback at high school, but was used as a running back in JUCO. At 6’0, 18t pounds, he can be used in a number of ways. His high school coach, Tim Perry, says that determination is one of his former player’s skills.

“He’s just an incredibly focused young man. He doesn’t let things distract him or deter him,” he told the Wetumpka Herald in 2020. “He is that determined and that willing to work.”