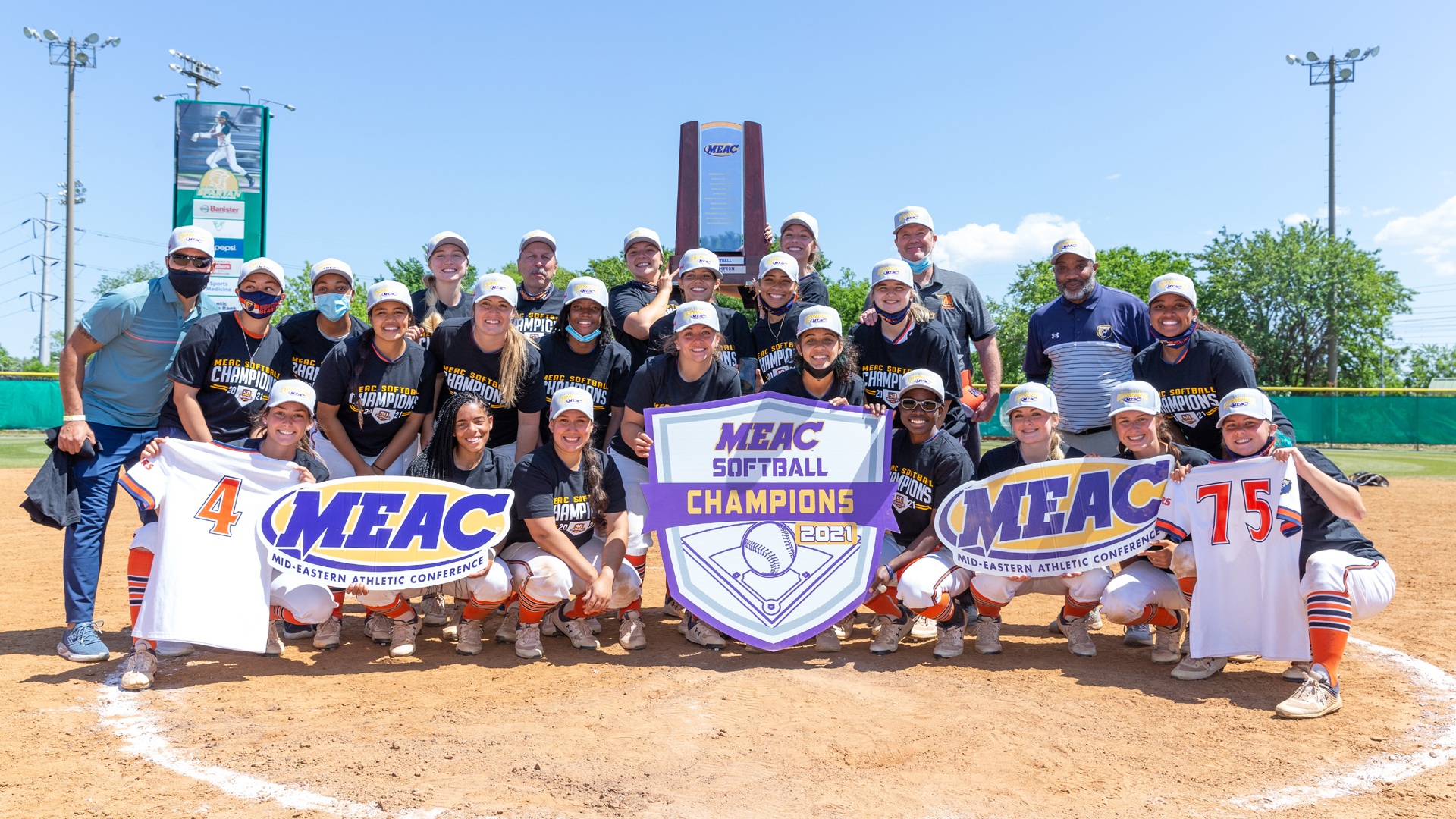 Morgan State, the 2021 MEAC softball champion, will face a tough task in the NCAA Tournament as it takes on top-seeded Oklahoma.

BALTIMORE, Md. (May 16, 2021)-It didn’t take long for the newly crowned Mid-Eastern Athletic Conference (MEAC) softball champions to find out where they would be heading for the program’s first-ever NCAA Division I Softball Tournament appearance.

Within seconds of revealing the host of the first bracket of the field of 64 on Sunday night’s NCAA Softball Selection Show on ESPN2, the Lady Bears saw their name appear on the screen. Morgan State will head to Norman, Oklahoma to face the overall No. 1 seeded Oklahoma Sooners on Friday, May 21 at 8:30 p.m. ET. on ESPN3.

“It’s going to be fantastic. They’re the best team in the country. But there are a lot of good teams in the country,” said Morgan State head coach Larry Hineline. “Whoever we were going to draw was going to be very very good. So why not the best?”

The No. 1 ranked Sooners (45-2, 16-1 Big 12) likely wrapped up the overall No. 1 seed in the tournament, following their 10-2 victory over No. 7/9 Oklahoma State in run-rule fashion to win their seventh Big 12 crown. The victory marked the fourth consecutive season that Oklahoma won both the regular season and the tournament titles. OU, which has won a total of 20 Big 12 titles, went 16-0 at home this season.

Oklahoma has been a national seed for each of the past 14 seasons and is hosting a regional for the 10th consecutive year. This is also the third time in program history that the Sooners have been the top-seed, also earning the No. 1 spot in 2013 and 2019.

The Lady Bears (24-15, 14-5 MEAC) are fresh off claiming the program’s first MEAC crown, following a 10-5 victory over North Carolina Central on Saturday in Norfolk, Va. It was just Morgan State’s second appearance in the title game and first since 1999.

Joining Morgan State in the Norman Regional May 21-23 at Marita Hynes Field will be Wichita State and Texas A&M, who will square off in Friday’s first game at 6 p.m. ET on ESPN2.

The winner of this weekend’s regional will advance to the NCAA Super Regional round against the winner of the Seattle Regional, hosted by Washington, the following weekend with the ultimate goal of reaching the 2021 Women’s College World Series in Oklahoma City.