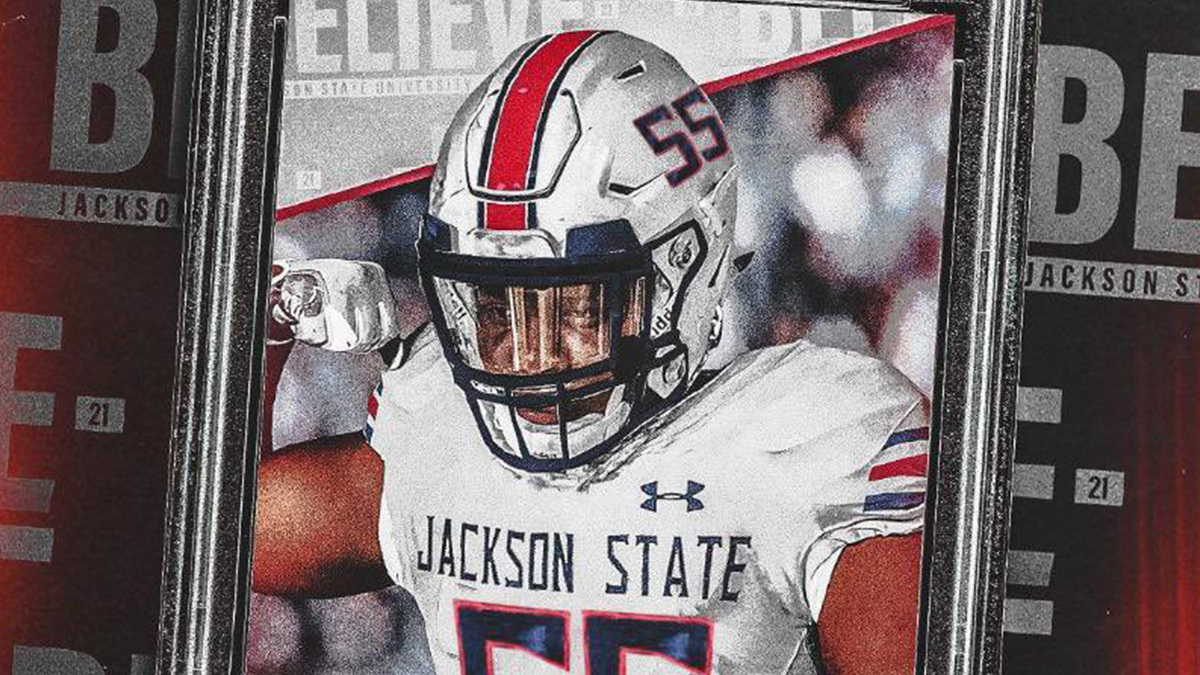 Deion Sanders and Jackson State already had a couple of four-stars in the bag. But Saturday they pulled off their biggest score yet.

“1000% committed to THE Jackson State University,” Evans tweeted along with a graphic of him in a JSU uniform. “P.S always bet on yourself.”

The Norfolk, VA native had played his senior season at St. Frances Academy in Baltimore. He signed a letter of intent with the University of Tennessee earlier this year, but was later granted a release.

Listed at 6’4, 320 pounds, Evans is rated as the 17th best defensive tackle in the 2021 class, and the ninth best player in the state of Maryland. He received offers from much of the Power Five — Alabama, Clemson, Auburn, Maryland, Georgia, Georgia Tech, and the list goes on.

Here’s what 247 Sports Brian Dohn said in his February 2020 evaluation of Evans.

Evans is now the highest-rated recruit in JSU history, according to 247 Sports. He’s rated even higher than Sheduer Sanders, son of Deion Sanders, who committed after his father was named the head coach. JSU pulled in another four-star last fall when Trevonte Rucker, a wide receiver who initially signed with Florida. Cornerback De’Juahn Warren received four-star status as well after a short JUCO stint.