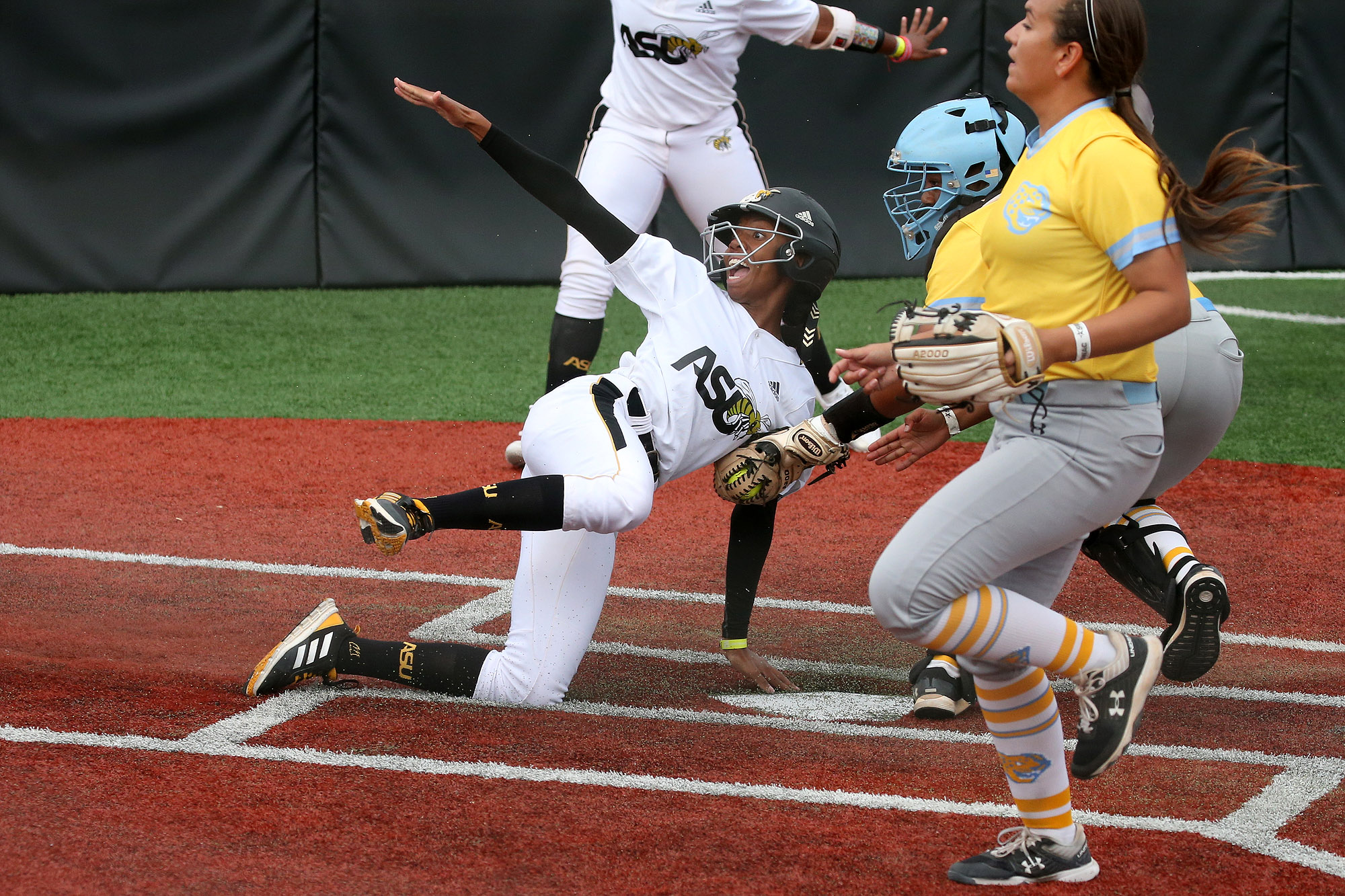 Southern University gave Alabama State all it could handle, but Alex Massie and Kindall DeRamus combined to put ASU in the SWAC title game.

GULFPORT, Miss. With a berth in the Southwestern Athletic Conference (SWAC) championship on the line, Alex Massie stepped to the plate with a runner at third in the bottom of the 11th inning.

All she did was deliver for Alabama State.

The sophomore laid down a squeeze back to the pitcher that was enough to score Kindall DeRamus from third with the winning run, giving Alabama State a 7-6 victory.

The win moves Alabama State to the championship game where they will need to be beat twice, and they will await the winner from a trio of teams including Jackson State, Alcorn State, and Southern.

Alabama State last won the SWAC softball championship back in 2019 and came into the tournament as the defending champions with no tournament last year due to COVID. The appearance in the championship game is the sixth consecutive for the Lady Hornets dating back to 2016, and Alabama State has won two SWAC championships since that point.

Alabama State (18-27) and Southern were each held scoreless for the first three innings until Southern scored on an RBI double to center in the top half of the frame and added two more runs in the sixth to take a 3-0 lead.

The Hornets found their offense in the bottom of the sixth after Madison Myers singled and later stole second to get into scoring position followed by a single from Jaeda Gardner for runners on first and third.

Later in the inning, DeRamus singled to third to bring home the first run, followed by another infield single, this time from Jazmine Dodd for the second score while the third run came off a throwing error on the same sequence to tie the game.

Neither team scored in the seventh, forcing extra innings where Southern added two runs in the top of the eighth to take a 5-3.

Alabama State responded at the plate with another RBI single from DeRamus, followed by a double from Dodd to tie the ball game again to keep the game going with the score 5-5.

After another scoreless inning on both sides, Southern took a one-run lead again in the tenth after a sacrifice fly scored a runner from second, however, the Hornets responded once again when Kaley Anthony doubled down the right-field line with two outs to bring in the tying run, forcing the game to go into the 11th inning.

After Sullivan got out of the top of the frame on a bunt and forcing two fly outs, Alabama State got a runner on third with a sacrifice bunt to move the runner from second and was followed by Massie’s bunt to bring home the game-winning score.

Sullivan (17-9) pitched another complete game, working all 11 innings and giving up six runs off eight hits while striking out eight. DeRamus led Alabama State at the plate, finishing 3-for-5 with two RBI and three scores, including the game-winner, while Dodd (2-for-4), Gardner (2-for-5) and Myers (2-for-5) each picked up multiple hits for the Lady Hornets on the day.