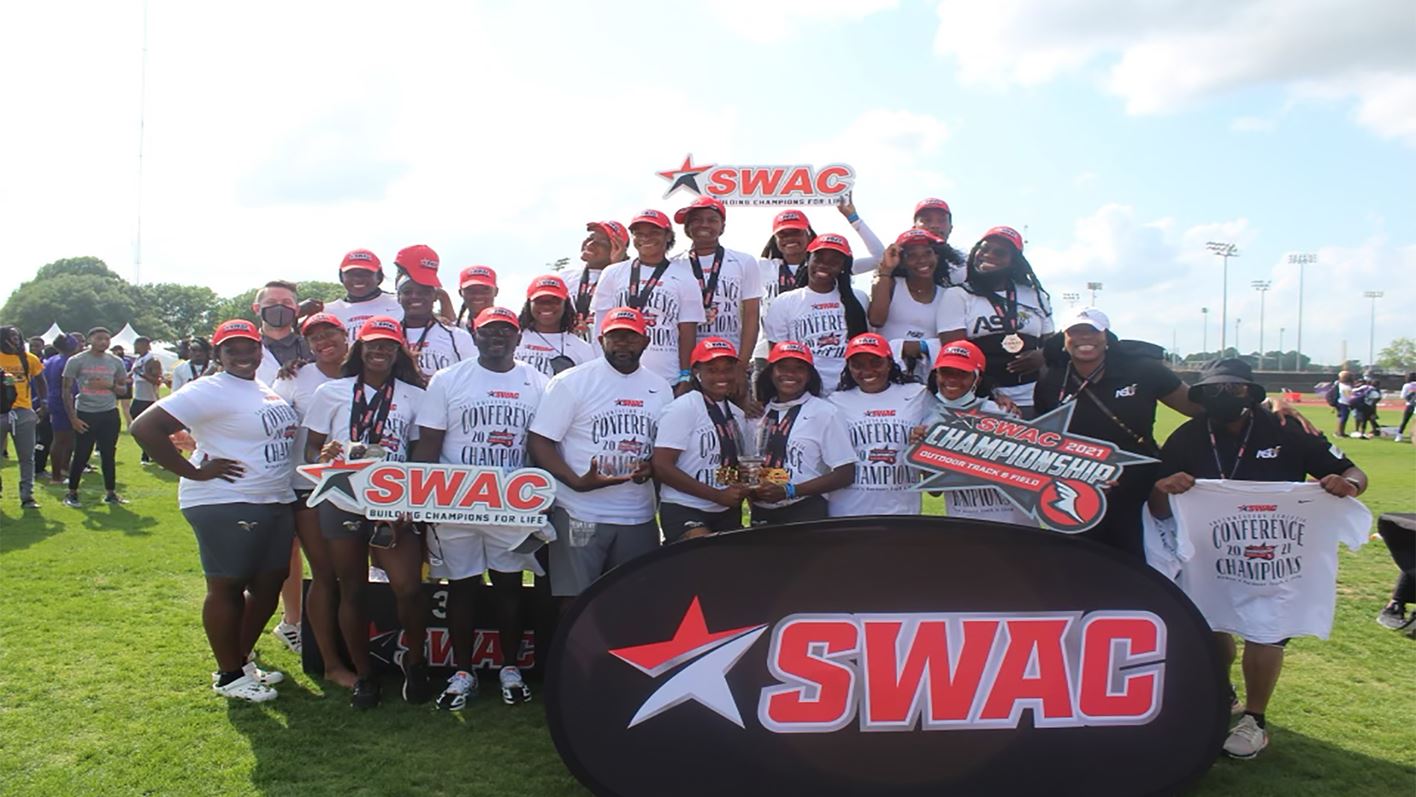 PRAIRIE VIEW, Texas | Alabama State chased down Prairie View A&M on the final day of the Southwestern Athletic Conference (SWAC) Outdoor Track and Field Championships, winning the title in the last event of the day to claim their 11th consecutive outdoor title.

The Lady Hornets trailed Prairie View A&M with five events left on the day, taking the lead before Prairie View A&M tied the overall team score at 158-all heading into the final event of the day – the 4×400-meter relay. Alabama State not only finished ahead of the Panthers to win the title, but they also won the final event of the day with a time of 3:44.87.

Michaela Lewis added to the point total with a conference championship in the 1500-meter run, finishing atop the leaderboard in a time of 4:42.79, while Shamia Jones finished fourth in a time of 4:55.51. They were joined by Jamila Thomas in eighth in a time of 4:59.95 to close out the points in the race. Kyana Evans claimed the conference championship in the 400-meter dash with a time of 54.11 seconds, finishing ahead of Tatyana McKenzie of UAPB (54.54), while Vinnelle Grant finished fourth (56.15) and Newsom sixth (56.99).

Evans and Jasmyn Joseph scored in the 400-meter hurdles with Evans finishing seventh (1:07.32) and Joseph eighth (1:08.84), respectively. In field competition, Kristen Thompson finished seventh in the discus with a distance of 43.32 meters, while Taranique Alexander tied for fourth in the high jump with a clearance of 1.51 meters.

Meanwhile, on the men’s side, Alabama State finished second with 165 points finishing behind Prairie View A&M with 204 points. They finished ahead of Jackson State in third, followed by Texas Southern, and UAPB.