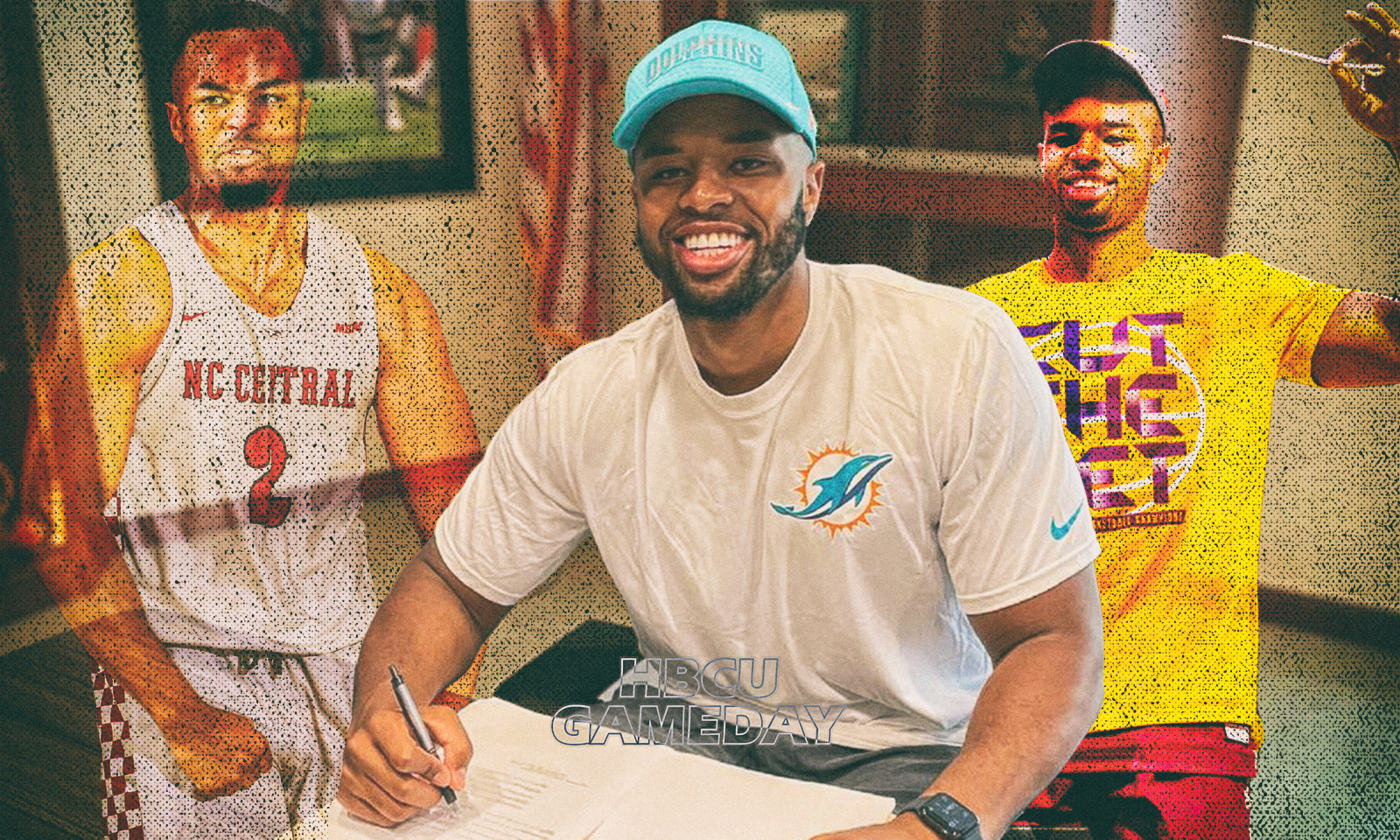 Perhaps it was destiny that Jibri Blount, son of Pro Football Hall of Famer, would at least try his hand at pro football.

The 2020 MEAC Basketball Player of the Year has signed with the Miami Dolphins as an undrafted free agent.

“Plot twist…I’m in the NFL,” Blount wrote in an instagram post announcing the signing. “Thank you Miami Dolphins for the opportunity, super excited to get to work.”

The 6’7, 230 pound Blount spent the last two seasons of his career at North Carolina Central after starting his career at Cleveland State. He helped NCCU win the 2019 MEAC Tournament in a supporting role before taking off as a senior. Blount averaged 19.2 points and 9.2 rebounds per game along with 2.2 steals. He helped NCCU claim the MEAC regular-season title before COVID-19 cut the program’s chance for a fourth-straight MEAC title.

Ironically, Jibri Blount is the second in his family to sign with the Dolphins. His older brother, Akil, also signed with the team as a free agent. Akil Blount played linebacker at Florida A&M before getting his shot with the league. The Blount’s younger brother, Khalid, plays on the NCCU football team.

Akil Blount getting a shot at the NFL wasn’t surprising due to the fact that he was a productive linebacker at the FCS level. Jibri’s signing is a bit more unexpected given that the 24-year-old did not play a single down of college football. However, we have seen players with his size and agility stick in the league at tight end even without having played college football.

Only time will tell if Jibri Blount can be one of those guys. But it doesn’t hurt to have his bloodline along with his size. Mel Blount played his college football at Southern University. He was drafted by the Pittsburgh Steelers and the rest, as they say, is history.