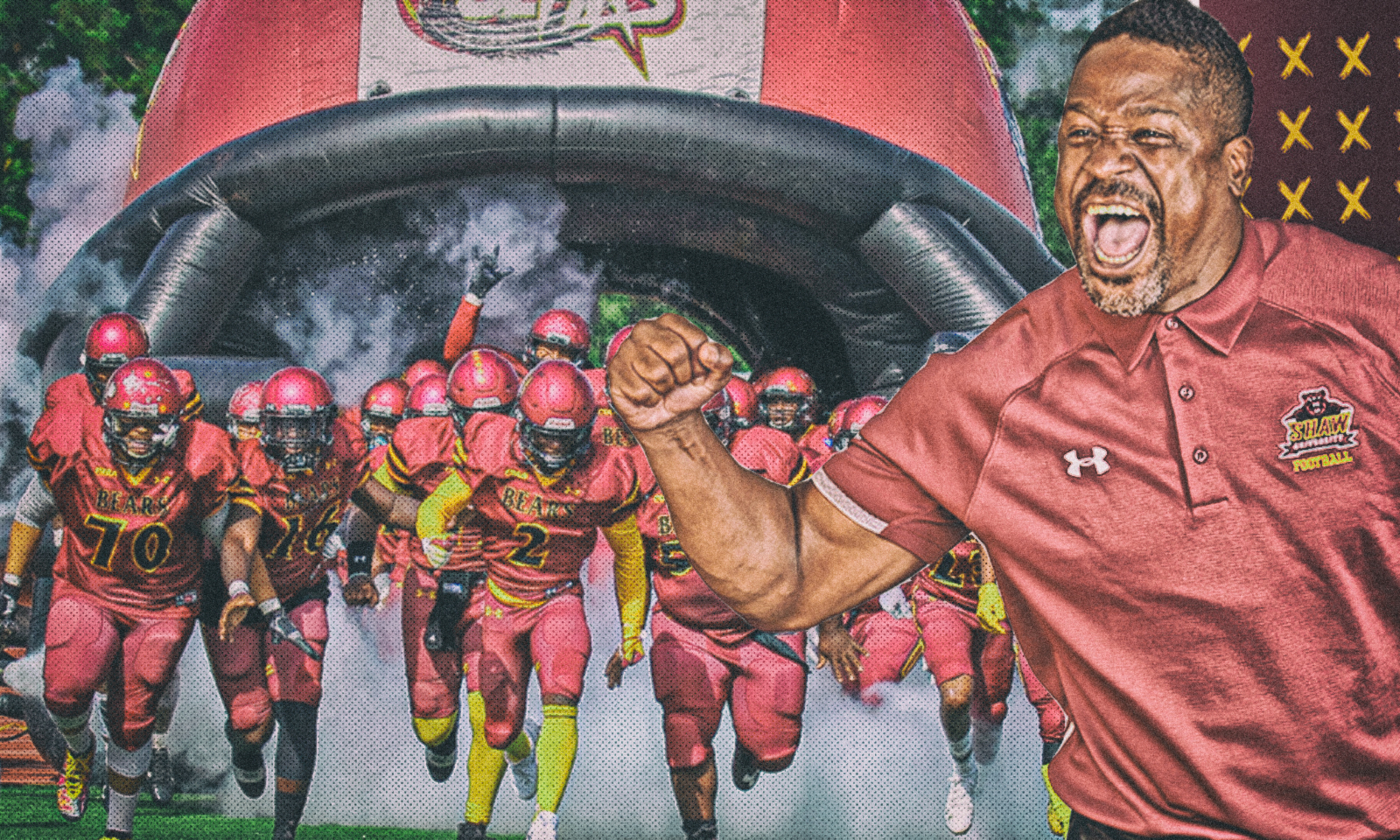 Will the Bears be contenders or pretenders in the CIAA in 2021?

Courtesy of Shaw U Athletics

RALEIGH, N.C. – After a year of no football, Shaw U will finally return to the gridiron with four home games and six road contests highlighted by matchups with Wingate, FCS Division I member, Davidson and the Raleigh Classic for the 2021 football schedule released Tuesday.

The Bears will kick off the 21′ campaign with a pair of road games against South Atlantic Conference (SAC) opponent, Wingate on Sept. 2 as the season opener. The game will be the third meeting between the two programs.

The following week, Shaw will travel to face FCS – Davidson from the Pioneer Football League for the first time in program history on Sept. 11 at Richardson Stadium.

Another first time foe awaits Shaw on Sept. 18 against Central State of the Southern Intercollegiate Athletic Conference (SIAC) tagged as the Bears home opener from the George Williams Athletic Complex. The Marauders were 3-7 in 2019.

Shaw will begin Central Intercollegiate Athletic Association (CIAA) cross division play with a road contest at Lincoln (PA) on Sept. 25 while the October slate opens with a trip to Richmond, Va. to face Virginia Union for the 47th time, with the last meeting in 2015.

The remainder of the season consists of CIAA Southern Division competition as the Bears will host Fayetteville State on Oct. 9 from the George Williams Athletic Complex. The following week, Shaw will travel to Salisbury to meet the Blue Bears of Livingstone (Oct. 16).

The next two games will be home tilts for the Bears. Shaw will host Johnson C. Smith for Homecoming on Oct. 23 from Durham County Memorial Stadium while on Oct. 30, SU will celebrate Senior Day against Winston-Salem State on Oct. 30.

Shaw will conclude the regular season against rival and division foe, Saint Augustine’s for the Raleigh Classic (Nov. 6).