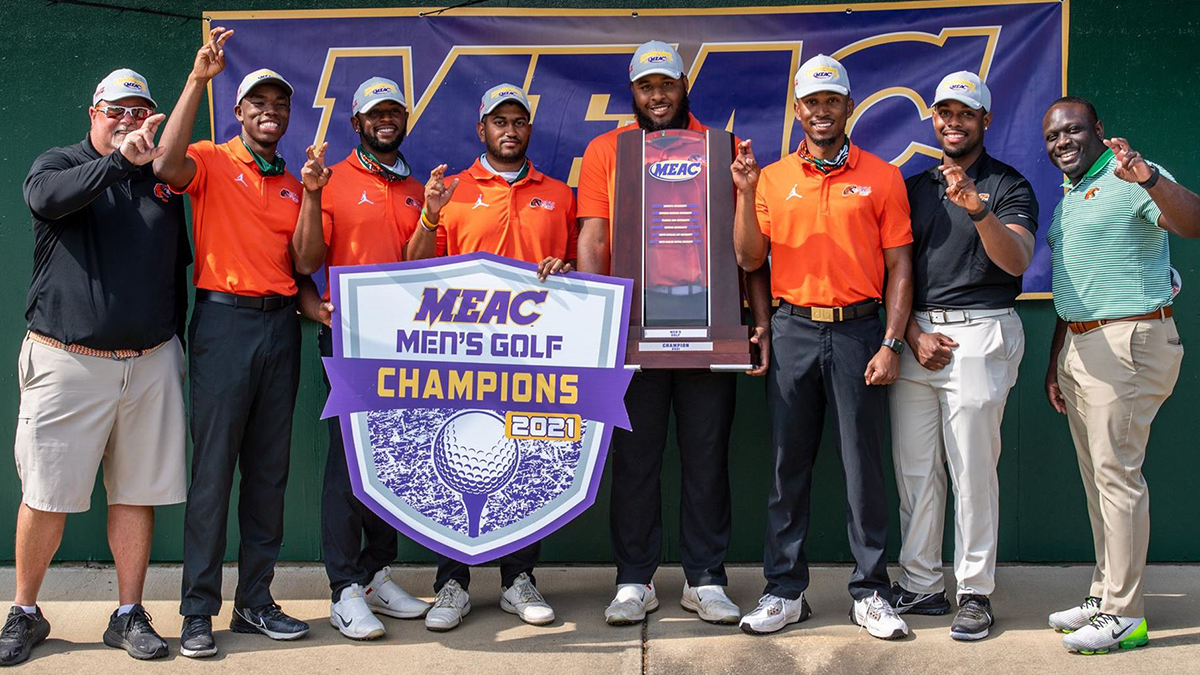 The FAMU men’s golf program is making history just by being in the Tallahassee Regional. But the MEAC Champs aren’t satisfied just being there.

Tallahassee, Fla. | The Florida A&M (FAMU) men’s golf team will be making its first-ever NCAA Regional appearance in school history at the Tallahassee Regional on May 17-19.

The regional rounds will be held at the Seminole Legacy Golf Club on the campus of Florida State. 81 teams and 45 individual competitors will participate at the six regional locations around the country.

FAMU who earned the 13-seed, will compete against 13 other teams and five individuals. The top five teams and top individual not on those teams from each regional will advance to the finals, which will be played May 28-June 2 at Grayhawk Golf Club in Scottsdale, Arizona.

FAMU clinched its spot in the regionals after winning the MEAC Golf Championships by a remarkable 19 strokes on April 20. Last week, the program announced an apparel/equipment deal with TaylorMade.