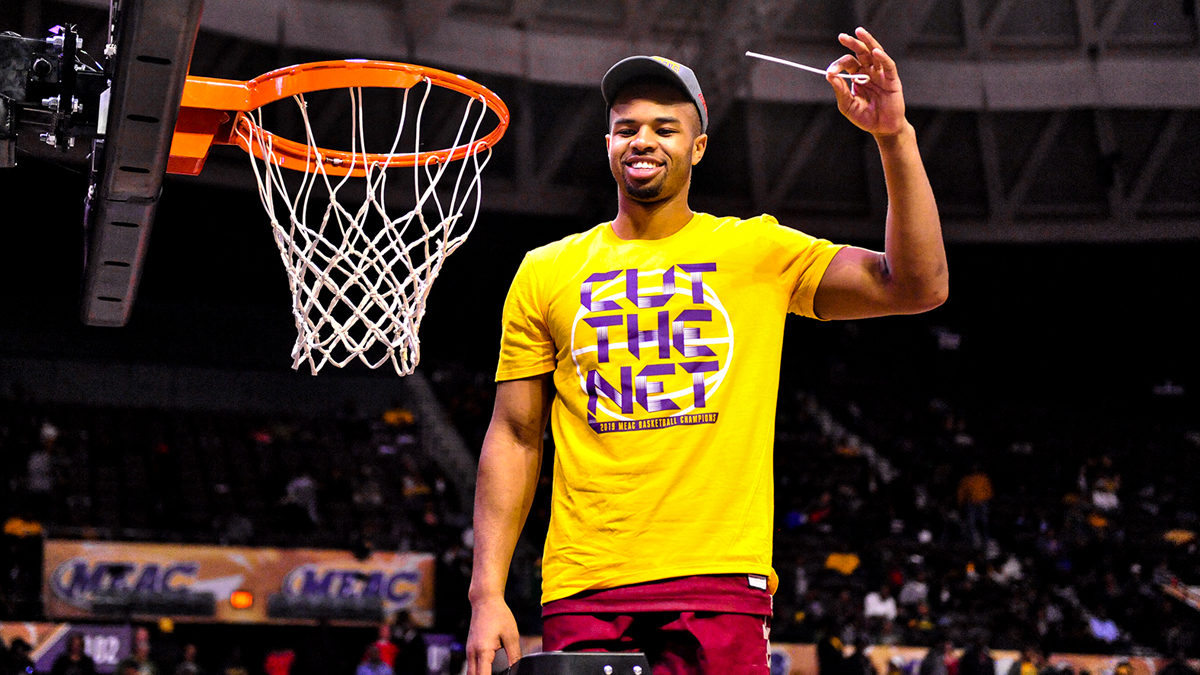 North Carolina Central basketball looks back on schedule a week after falling off the saddle against Delaware State.

Led by Jibri Blount, who has been on fire for the last month, NCCU went down to Daytona and picked up a dominating Bethune-Cookman 86-59 to pick up the win.

It was the first win in Daytona for the Eagles since 2015, as the Wildcats had won the last three at Moore Gynnasim.

Blount finished with 29 points on 10-for-13 shooting and had 10 rebounds. The senior forward and son of Pro Football Hall of Fame Mel Blount has been on fire since mid-December, averaging better than 25 points and shooting better than 60 percent from the field in that stretch.

A role player last season who showed flashes, Blount is now NCCU’s go-to-guy as it looks to bring home a fourth-straight NCAA Tournament bid at the MEAC title in Norfolk. The Cleveland State transfer is averaging 19.3 points per game overall this season and shooting just under 52 percent from the field.

The win improved NCCU to 7-11 overall, and 3-1 in the MEAC. It will look to improve those marks on Monday when it travels to Tallahassee to take on a FAMU team it man-handled in Durham earlier this month before a rematch with DSU at home.