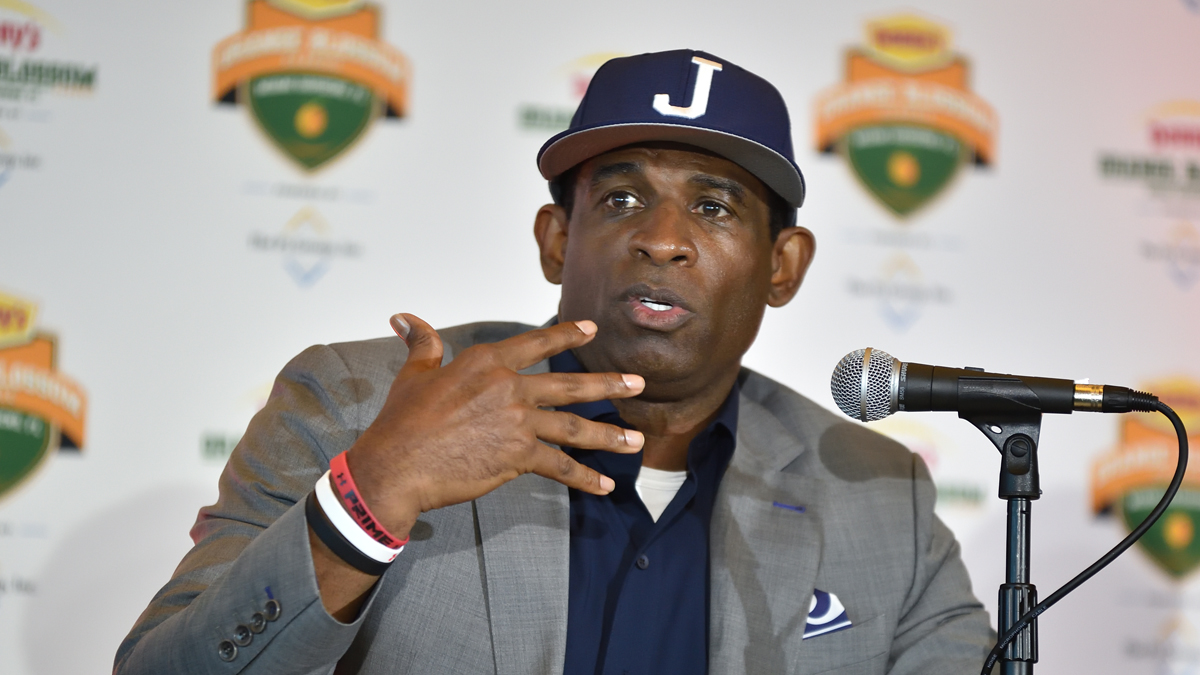 Deion Sanders returned to his home state to promote the Orange Blossom Classic. He did that and then some.

It’s safe to assume that Deion Sanders felt at home on Wednesday afternoon. Between being back in his native Florida and being in front of a microphone, the Jackson State head coach was in his element.

Sanders appeared in Miami along with Florida A&M head coach Willie Simmons in a pre-season press conference for the Orange Blossom Classic. The two HBCU titans and future SWAC rivals are set to meet on Sept. 5 in Hard Rock Stadium in a highly-anticipated matchup.

Sanders, who just finished a six-game spring football season, is looking forward to returning to his home state.

The former Florida State football star wasn’t wrong about that. Chad Ochocinco showed up to greet him before the presser. There were performances by bands. Luther “Uncle Luke” Campbell was in attendance.

Coach Prime was definitely feeling the vibes. He even talked about his very personal connection with Florida A&M.

“My first wife came from FAMU. We didn’t make it in the end — but we had a beautiful run,” he said with a laugh.

But when the subject came to what HBCUs could do to compete for better athletes, Sanders got serious.

Sanders, as he often does, answered his own question.

One thing Deion Sanders said he does know: a player from an HBCU will be selected in the 2022 NFL Draft. None were picked in 2021.

“There is no way that the next time the draft comes around there won’t be a single person from an HBCU school not drafted,” Sanders said Wednesday during a press conference at Hard Rock Stadium. “I promise you that will not happen. Not on our watch.”