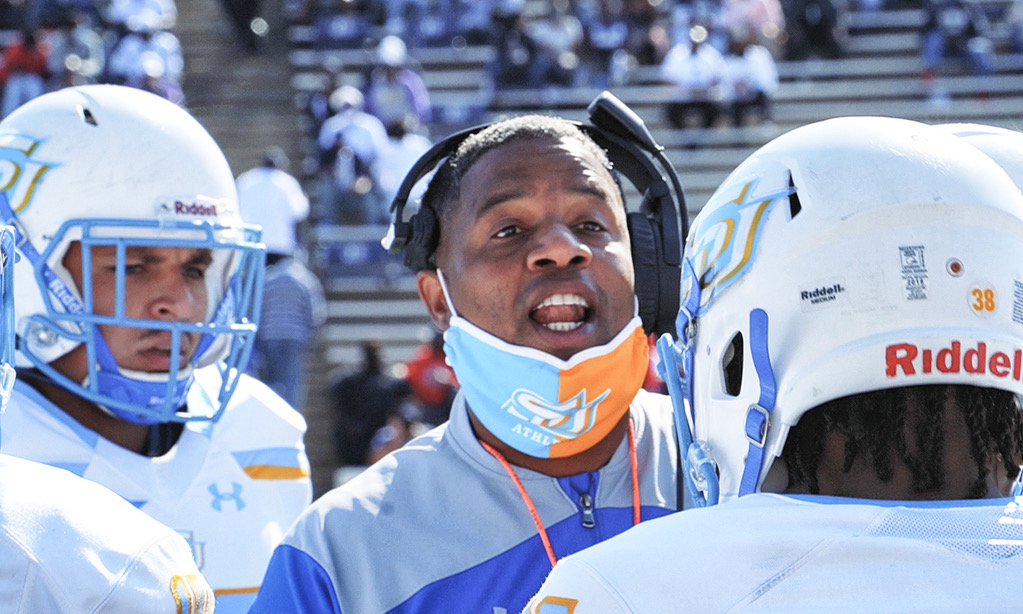 Southern University has decided to stay in-house to fill its head coaching role — for now. One of Dawson Odums’ hires to get a shot.

Southern University has its football coach — and its not Marshall Faulk.

Multiple reports indicate that assistant Jason Rollins will be named interim head coach at Southern. Southern University hasn’t confirmed that Rollins will be the coach, but have announced a press conference scheduled for Friday afternoon.

Rollins will take over for Dawson Odums, who left SU earlier this month to take the job at Norfolk State. Odums hired Rollins as safeties coach and special teams coordinator, and he served in both capacities under him this spring.

He has never been a head coach before, but he does have extensive experience. Rollins was at the University of Texas-San Antonio for four seasons prior to coming to Baton Rouge, two of them as defensive coordinator. He coached several NFL Draft picks and players as well. Prior to that he coached the secondary coach at Tulane for nine years.

With reports earlier in the week having Southern and Marshall Faulk conversing about the position, there was the thought that it may go with a former NFL player ala Jackson State and Tennessee State. Instead, SU is giving the long-time assistant a chance to show he can handle running it.

Many in the HBCU world have been against hiring former All-Pros who didn’t go to HBCUs and don’t have extensive, if any, experience. This is a hire they will probably like.

For those looking for another blockbuster name, they will have to look elsewhere.