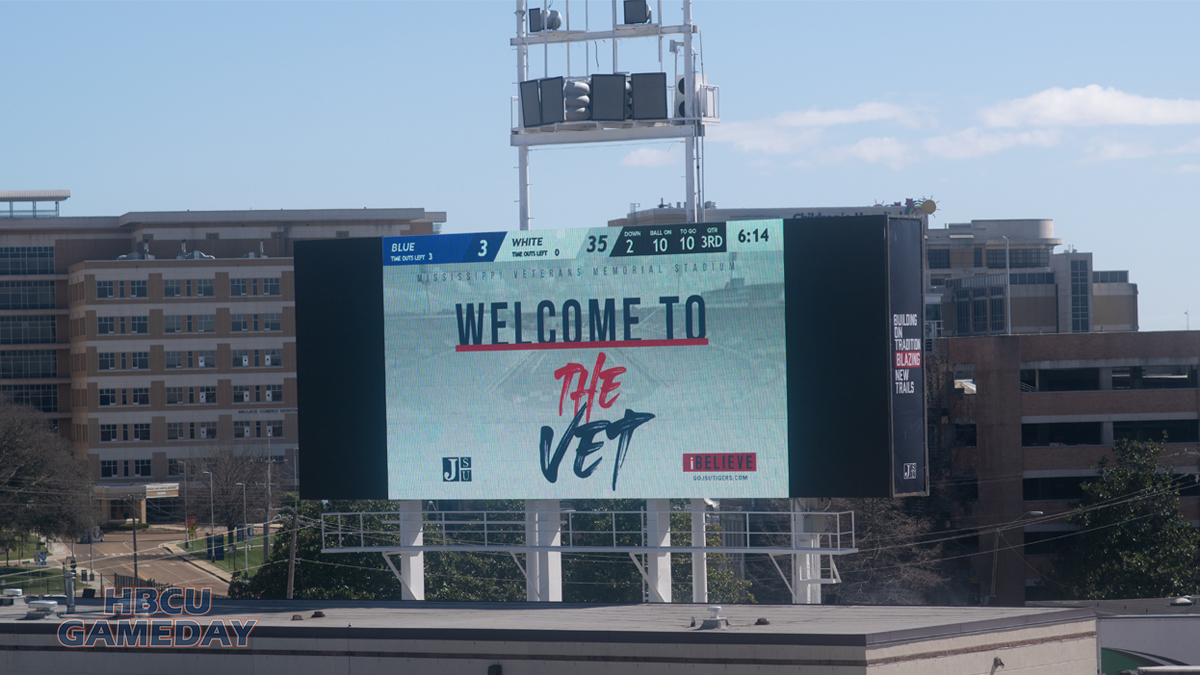 How the SWAC title game moved to Jackson

The SWAC made a controversial decision to move its championship game to Jackson, Mississippi. Here’s why.

Very few people were neutral on a decision by the SWAC to hold its football championship game at a neutral site.

The conference announced on Wednesday that it would be moving its football championship game to Jackson, Mississippi. The game, set to take place on May 1, will be played at a Mississippi Veterans Memorial Stadium, home of Jackson State. Both SWAC East champion Alabama A&M and SWAC West champ Arkansas-Pine Bluff came into the week hoping to host the game. But then both programs saw their scheduled contests canceled due to COVID-19.

SWAC Commissioner, Dr. Charles McClelland, spoke with HBCU Gameday following the announcement of the championship game relocation. Here are some of the key takeaways.

McClelland stated that the decision to move the championship game to a neutral site came from the respective institutions. Arkansas-Pine Bluff initially floated the option of a neutral site game after its game against Texas Southern was canceled. The conference office, McClelland said, was not ready to consider it at that point. But the following day Alabama A&M expressed similar interest, and things began to formulate.

Jackson was not the only neutral site option for the SWAC

“The conference office will be paying all of the expenses for the two institutions. We are contracting out with Mississippi Veterans Memorial Stadium. We, the SWAC office, will take on all the expenses and we’ll take all of the revenue. Once expenditures are paid, each institution will share equally in the revenue.

Both bands will have an opportunity to play

Early in the season, McClelland said that the biggest pushback related to COVID restrictions had to do with marching bands. The league prohibited bands from traveling to away games due to financial and safety reasons. But not for the championship game.

“Both bands will get an opportunity to come,” he said. “They are now working through their processes to see if they are gonna be able to show up. But it’s looking very promising that we’re going to have both bands at the game.”

The SWAC Championship Game was held at a neutral site from its inception in 1999 through 2017. The conference temporarily decided to eliminate the game before bringing it back during the 2018 season. At that time the decision to allow the game to be held at the home field of the higher seed was made. Alcorn State hosted both the 2018 and 2019 title games, winning both of them.

A similar scenario was the plan for the spring 2021 championship game, until COVID-19 reared its headed.

“I understand the frustration of not being able to host that game,” McClelland said. “Both teams, it’s been a minute since they’ve been in the championship game. To be able to host that game on campus — even in this spring/COVID environment — would have been great. But again, COVID has yet created another obstacle to overcome.

“Every decision that we make is a collaborative decision. Membership always has an opportunity to chime in. And our job is to facilitate that conversation and do what’s best for the membership as a whole.”

How the SWAC title game moved to Jackson