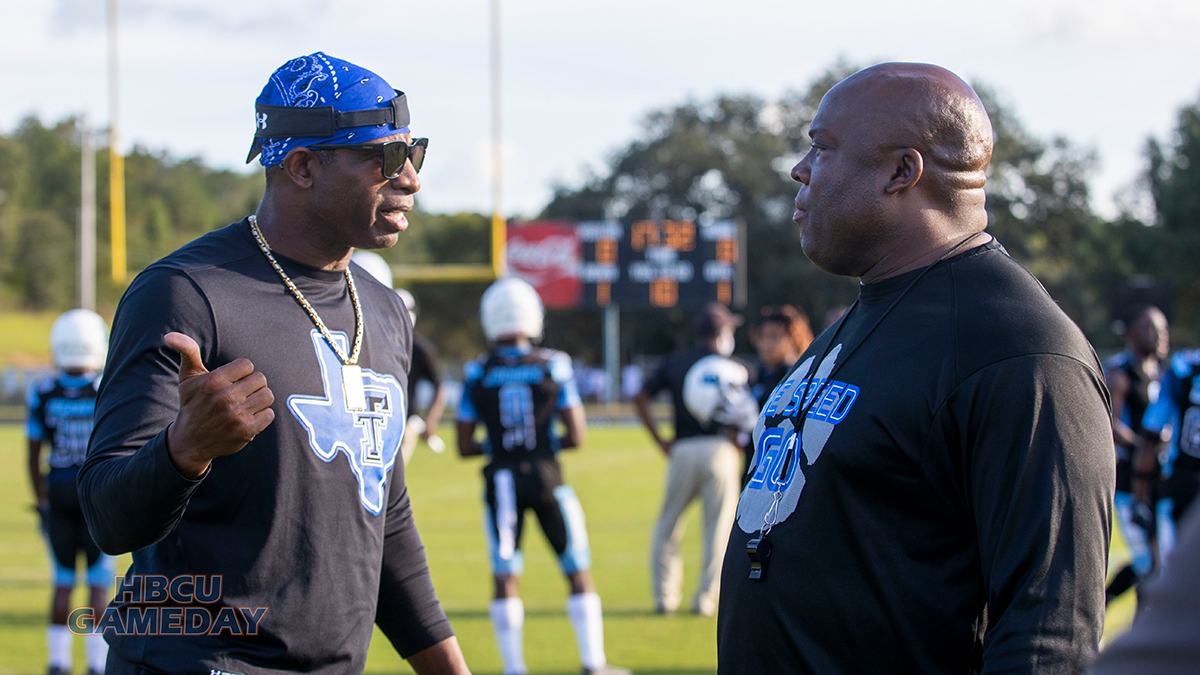 The SWAC Championship Game will be played in Jackson State, but Deion Sanders won’t be on the sidelines coaching. But even when they aren’t trying, they remain a big topic of conversation in the SWAC.

The SWAC announced on Wednesday afternoon that the football championship game between Alabama A&M and Arkansas-Pine Bluff will take place a neutral setting. The game will be played at Mississippi Veterans Memorial Stadium, home of the Jackson State Tigers.

Dr. Charles McClelland explained to HBCU Gameday’s Tolly Carr that Alabama A&M along with Arkansas-Pine Bluff floated the idea of a neutral-site game. The SWAC consented and chose Jackson.

“We’ll come back to Jackson. We already won there,” Farrier wrote. “This is not about Deion Sanders. He (they) already lost! I’m just saying.”

Farrier went on to protest that the higher seed should host the game and that it was “not right.”

The tweet got around and eventually found its way to Corey Fuller. Fuller, like Sanders, played his college football at Florida State before going on to the NFL. The two are close friends. So Fuller decided to make a statement.

“Coach Maynor, y’all won a great game two weeks ago against Jackson State. You had your 15 minutes of fame, you talked real tough on the video, you said what you had to say, you let your feelings be known. But Deion Sanders is only trying to bring spotlight, revenue and better resources to HBCU football and the SWAC Conference.”

Fuller, who once served as interim head coach at Florida A&M, spoke directly to the SWAC presidents.

“Deion has a way of talking, he has a way of making things sound sweet and look good. But I know this for a fact, he has a heart of gold to help his people.”

Fuller then turned his attention to coaches.

“Y’all coaches that are supposed to be leaders — we have enough foolishness going on in this world. In our own communities. Against black people. But you continue to make yourself bigger than you are for your 15 minutes of fame. That is shameful.”

Both Farrier and Fuller tagged HBCU Gameday in their tweets, which come a week after Alabama A&M head coach Connell Maynor said his advice to Sanders was to “get more five stars.” Sanders said he chose not to respond but did say that he felt coaches would try to “make a name” off of him.