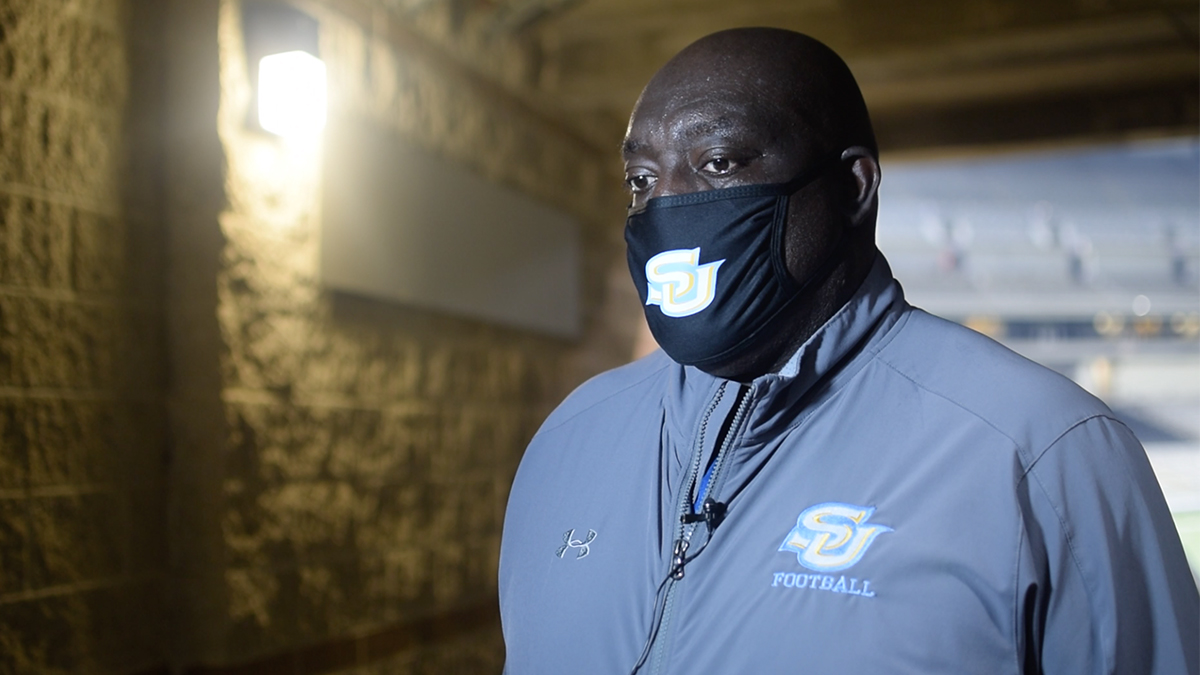 A source tells HBCU Gameday that Southern University head coach Dawson Odums has resigned and is headed for Norfolk State.

Dawson Odums has left the building at Southern University and may be headed to the MEAC.

The long-time coach at Southern submitted his resignation on Tuesday, a source told HBCU Gameday. Multiple sources also tell us he is expected to take over as Norfolk State head coach.

Southern University AD Trayvean Scott would neither confirm nor deny the report to local media, but promised more info shortly.

Odums has been at Southern since 2011, taking over as interim head coach during the 2012 season. Odums led SU to a 64-40 record during his tenure. That includes six Bayou Classic wins (6-3 overall vs. Southern), four SWAC West titles and the 2013 SWAC title. He was the longest-serving coach in the SWAC.

Southern went 5-1 during the spring 2021 season, capping the run off with a dominating win over Grambling in the Bayou Classic. The centerpiece of the season was a 34-17 when over then-nationally-ranked Jackson State University. Southern’s lone loss of the season came to Arkansas-Pine Bluff, who is ranked 24th in the STATS FCS Poll. Southern is ranked 19th in the FCS Coaches Poll.

Norfolk State is coming off a 5-7 season in 2019 under Scott. He left a talented core of players behind, led by All-MEAC quarterback Juwan “Pootie” Carter.

However, since Scott’s departure, several key contributors have hit the transfer portal as the coaching situation remained in limbo. Many of the remaining players have expressed their reservations about playing for anyone other than interim head coach William “B.T.” Sherman via social media.

Dawson Odums played football at North Carolina Central in the 1990s when it was a Divsion II member of the CIAA. His teammates Trei Oliver (NCCU) and Adrian Jones (Shaw) are now also both head coaches.