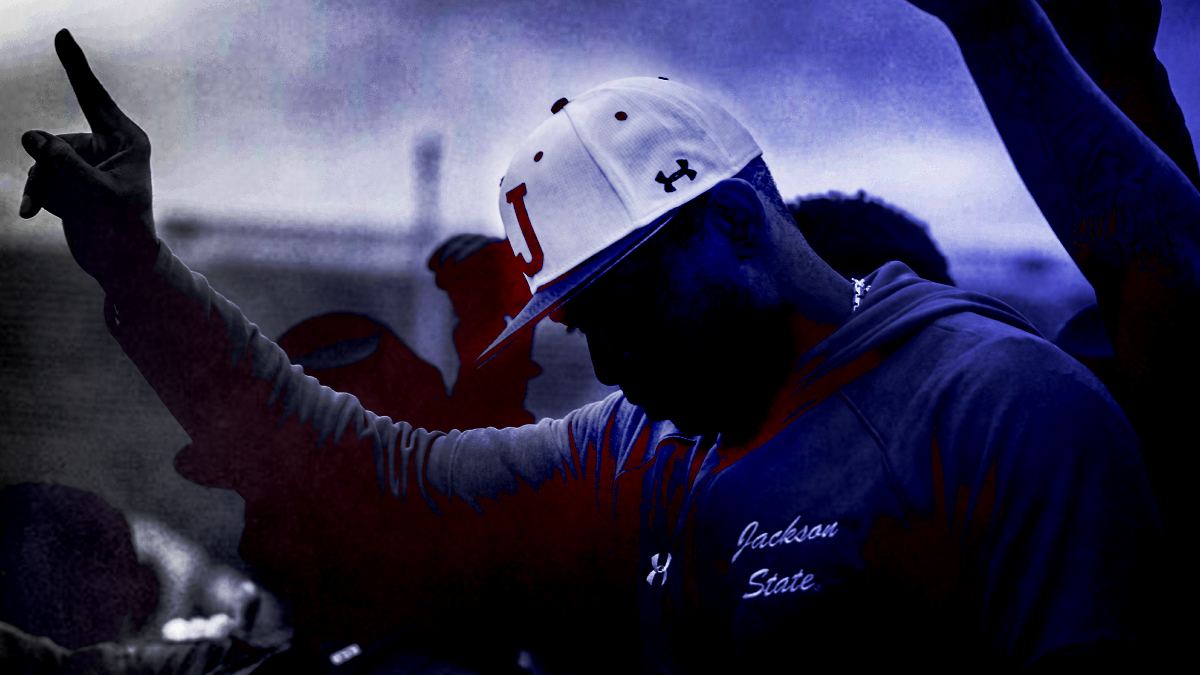 Six games into his college coaching career, Deion Sanders and Jackson State have become a lightning rod inside the world of HBCU sports.

Six games in to his tenure as Jackson State head coach, Saturday’s loss to Alabama A&M may be the most representative game of the Deion Sanders Era.

All of the losses were in the spotlight of ESPN and ESPN2. Many coaches will tell you that the stage you play on doesn’t matter. Sanders is not one of them.

“I need the camera for exposure to help HBCUs go to the next level,” he said after the game. “Guess who got to see this guy Glass today. How many people you got to see do his thing?”

Sanders is referring to Alabama A&M quarterback Aqeel Glass. The preseason SWAC Offensive Player of the Year lit up the Hall of Fame defensive back’s secondary for six touchdowns in the air. He completed 27 of 40 passes for 440 yards on ESPN. That’s something that, if nothing else, gave him a level of visibility no quarterback in the SWAC has had since Steve McNair was tossing the ball down the road.

Saturday it was Glass. Last week, it was Southern defensive end Jordan Lewis. The week before that, it was Alabama State running back Ezra Gray. All players that HBCU and SWAC fans already knew could play, but that the country at large had never heard of.

Like it or not, that’s just as much why Sanders is in Jackson as it is returning JSU back to the top of the SWAC or getting to the Celebration Bowl.

By all accounts, the SWAC has been the big winner in the FCS spring movement in the wake of the pandemic. And it’s not all due to Sanders. SWAC Commissioner Dr. Charles McClelland made the decision to postpone the fall season to the spring, and immediately went about the business of preparing. The SWAC was the first FCS conference to put out a schedule. McClelland also petitioned a clause with ESPN that would allow the conference’s games to be “flexed” from streaming to linear television.

The groundwork was wisely being laid. But commissioners do not draw in viewers. Even winning football coaches and programs at the FCS level don’t draw in “Big ESPN” viewers.

It takes drama, intrigue and consistent headlines. And perhaps no one in football history, and very few in sports history, combine those better than Deion Sanders.

Sanders is still evolving as a coach. He’s shown he’s not afraid to gamble.

That fourth down attempt just before the half against Southern backfired. Last week, he switched away from a former four-star quarterback in Jalon Jones that had thrown for 11 touchdowns to just three interceptions. His gamble paid off on Saturday as Quincy Casey completed nearly 64 percent of his passes while throwing for four touchdowns and no interceptions in his first collegiate start.

“He played well,” Sanders said. “He needs to make a few better decisions, but he’s coming off the bench, hasn’t played much this year. I think he did a phenomenal job.”

He’s also shown he’s not afraid to praise the other coaches in the league.

“Coach called a phenomenal game,” Sanders said after losing to Maynor and Alabama A&M. “They ran a precise, concise offense. I like what he did.”

Sanders is by far the most visible coach in the league, despite being the most green. The three coaches he’s lost to — Dr. Donald Hill-Ely (Alabama State), Dawson Odums (Southern) and Connell Maynor (AAMU) — are all veterans. They are all HBCU alumni and have spent years in the trenches of Division II and FCS football. And they’ve proven that at this time, their programs are a cut above Jackson State.

That should earn those coaches and their programs more notoriety than what they currently have. But the world does not work that way.

Deion Sanders and JSU have a target on their back

What Sanders may lack in Xs-and-Os — as well as Jimmys and Joes — at this point, his presence has caused a shift in the HBCU landscape that few people could replicate. Jackson State, a school that did not have a beat writer at the local daily newspaper a few years back, has had coverage on-par with the state’s SEC programs. This has created an air of “hype” around JSU that HBCUs simply do not get.

It has also painted a big, red target on JSU’s back. In the eyes of many, Deion Sanders and Jackson State have become the anti-heroes of HBCU football.

Every school that has played JSU to this point has shown a level of intensity that was not there previously, along with their fans. Furthermore, fans of HBCUs who aren’t playing JSU that week are actively rooting against them, many times rooting for their traditional rivals to defeat them. This is extremely rare in the HBCU sports world, where even the competitive edge of intense rivalry games are usually extinguished with the closing of a tailgate grill. We “play hate” each other on Saturday and then hug each other on Sunday.

But this — this feels different.

To these HBCU fans — lets call them the “Anybody But Deion Crew” (ABDC) — Sanders can’t do much of anything right. Say the players aren’t executing after a loss; “Deion’s trashing the players.” Say it’s on you after you lose to Southern: “Look at Deion making it all about him.”

JSU has drawn more mainstream media attention than programs like Alcorn State, which has dominated JSU and the SWAC. It’s drawn more attention than Southern and Grambling, which have been the flag bearers of the league for decades. North Carolina A&T has been consistently nationally ranked for the last half-decade and won four of the five Celebration Bowls, but even it hasn’t earned coverage nationally that JSU has since September. This is a program that hasn’t had a winning season since 2013. To many of these fans, JSU hasn’t earned anything and other schools deserve it more. And if he messes around and has success, it will only prove that HBCU players and coaches weren’t good enough.

Then there is the other side of the coin. Many people outside the world who never actually bothered to pay attention to anything HBCU sports-related except homecomings and bands have hailed Sanders as a sort of HBCU Santa Clause that will transform HBCU football. They assume that Coach Prime’s mere presence will elevate the entire field and bring back the glory days when our schools were pro football factories.

When Coach Prime brought in the no. 1 FCS recruiting class in the country, they damn near cracked their faces with smiles. When JSU started the season 3-0 and got nationally ranked, Sanders had magically transformed the team in less than two months. They still believe now that JSU has lost three games in a row, they are just waiting for Coach Prime to get his “dawgs” in. These are the “Prime Warriors.”

Deion Sanders has said time and time again that he is at Jackson State to provoke change. That’s great if you think that HBCU football as a whole is broken and in need of a savior. If your school is one of the top HBCU programs or is competing against JSU, it’s practically blasphemy.

“To change the culture, you’ve got to change the people. If I was in church, the organ would have hit me right then,” Sanders said to the Clarion Ledger. “You all know what we signed. You know what we’ve got coming in here, you know how we evaluate and what needs to go and what needs to stay. If you don’t do your job, what happens? This is that kind of business. This is how it is.”

Is compelling more important than competitive?

HBCUs pride themselves on a brand of black excellence built on legacy and proud tradition. Our greatest have always done more with less, with dreams of a day when that doesn’t have to be the case. We have always had to be twice as good to get half of the recognition of our peers. Racism, economics and the powers that be in media and television have kept us in that vicious cycle.

Along comes Deion Sanders. A black man who wants to coach college football, and was given an opportunity to do so by a legendary HBCU program. He’s not Eddie Robinson, Jake Gaither or any of our other legends. But his celebrity and connections could, on some level, crack the code and get some of what we deserve.

He’s going to have to win. He’s a competitor and he wants to win. But HBCU football stands to benefit if Deion Sanders and JSU stay compelling, and maybe even more if they turn out to be a winner.

774
The Latest in HBCU Sports and Culture