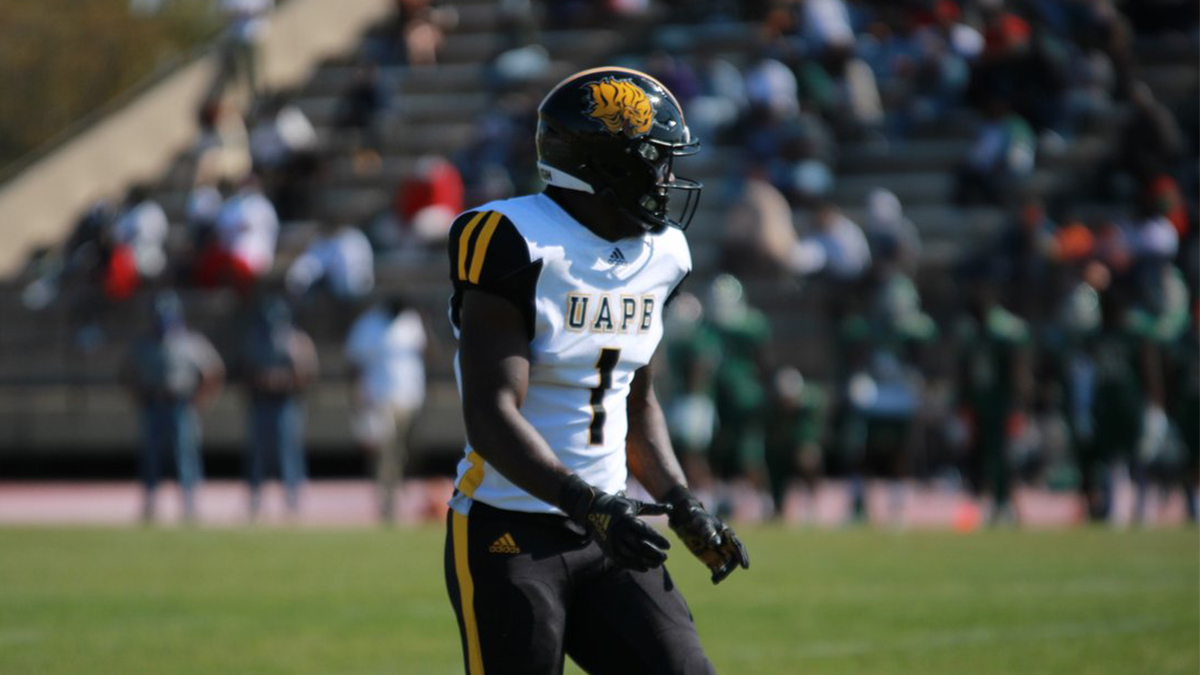 UAPB one win away from SWAC West title

It got all it could handle from Mississippi Valley, but Arkansas-Pine Bluff survived and now UAPB is one win or a Southern loss from winning the west.

UAPB (3-0 overall, 3-0 SWAC) moves one step closer to the SWAC Western Division title for the first time since 2012 and clinching a berth in the Cricket Wireless SWAC Football Championship Game on May 1. The Golden Lions can win the SWAC West with a win in either of its final two regular season home games on April 17 against Prairie View A&M or April 24 against Texas Southern, or a loss by Southern to Grambling on April 17. UAPB holds the tie-breaker over Southern due to its win last month.

After Valley (1-2, 1-2) took an early 3-0 first-quarter lead, UAPB scored 17 second-quarter points. The first of two Skyler Perry touchdown passes went for eight yards to DeJuan Miller for a 7-3 Golden Lion lead on the first play of the second quarter.

UAPB successfully recovered an onside kick on the ensuing kickoff, as Kylan Herrera’s recovery led to a 48-yard scoring drive. Josh Wilkes made a leaping four-yard touchdown reception in the near corner of the end zone, getting one foot in bounds near the back pylon to give the Golden Lions a 14-3 lead with less than 13 minutes to play until halftime.

Late in the first half, Perry was on the receiving end of a reception on a pass from Miller down to the Valley one-yard line. The drive ended with an 18-yard field goal by Zack Piwniczka with two seconds remaining to give the Golden Lions a 17-3 halftime lead.

Mississippi Valley State would make a comeback, scoring a touchdown on its first drive of the third quarter, and, following an interception, a fourth-quarter touchdown run to tie the score.

Following a UAPB defensive stop, Ralph fielded the football at the Golden Lion 23, and, running to the right in front of the UAPB sideline, eluded defenders and got free around midfield, outracing the Delta Devils into the end zone for the game winning score.

UAPB one win away from SWAC West title