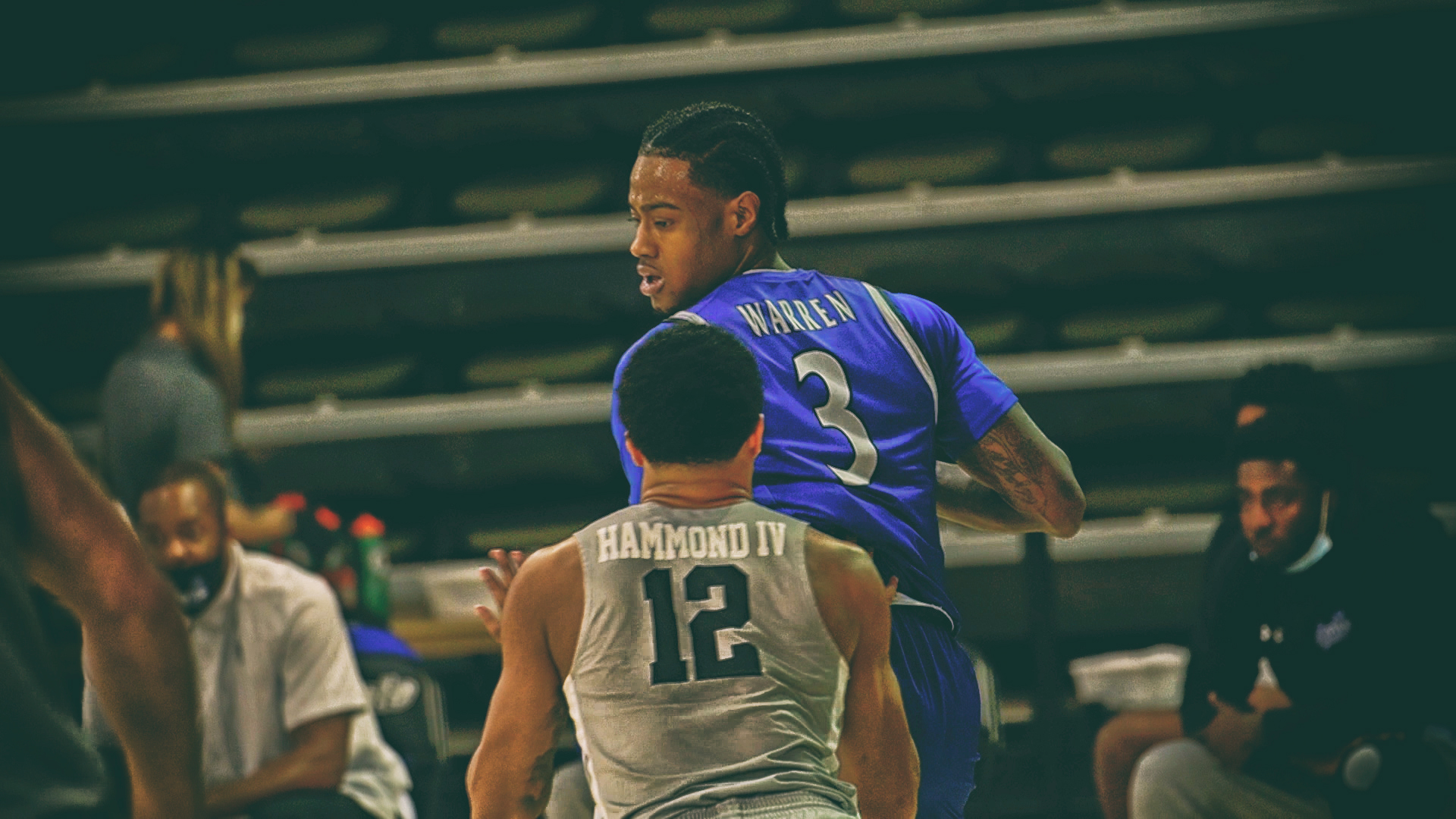 Davion Warren had a big season at Hampton in 2021. After drawing big-time interest in the transfer portal, he’s committed to playing for Penny Hardaway at Memphis.

Davion Warren came to Hampton a few years back looking to prove he could play Division I basketball. He did that, and then some, and now he’s playing on a larger stage.

Just two weeks after entering the transfer portal, the former Pirate announced he will be heading to Memphis.

“100 percent committed,” Warren wrote on his Instagram account, along with a photo of head coach Penny Hardaway.

It’s been a busy couple of weeks for the Buffalo, New York native. After putting his name in the transfer portal, he was contacted by several high-major programs.

“I don’t know that it’s different, I think that it became opportunity (to score more),” Hampton head coach Buck Joyner Jr. said of Warren’s leap. “Last year we felt like we had a good player in Davion, but he had to kind of accept his role and do the things that he needed to do to help us win ball games. Now it’s time for him to mature and it’s time for him to take the next step. I think it’s something for him that’s come natural.”

Memphis went 20-8 this season. It missed the playoffs but won the NIT.